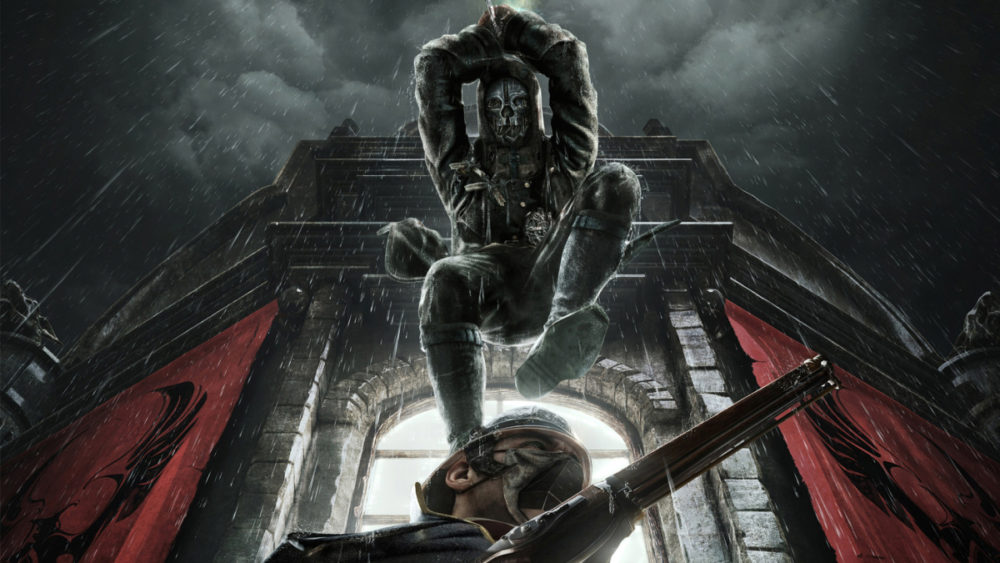 I’m considering removing Dishonored 2 from my collection of physical games, which is neatly lined up beneath my television. I never finished it, you see, and so I find myself having to make a conscious effort to avoid staring in its direction, lest I start feeling so guilty I’m put in a bad mood when I sit down for a gaming session.

Not that Arkane Studios’ critically acclaimed game is the first I’ve ever bought and not finished, of course. It’s just that stealth, steampunk, and sandbox is typically the sort of gaming alliteration that has me chomping at the bit; on paper, Dishonored 2 should be a game I absolutely adore, and it really irks me that I just don’t.

Worse still, I’m playing through a different, much less reputed stealth game at the moment and having way more fun.

In Styx: Shards of Darkness, you play a goblin thief with a very annoying accent who steals from the oppressive humans that are trying to wipe his kind of the face of the earth. It’s a fairly linear sort of affair with only one or two inventive mechanics that have really impressed me, and I absolutely respect that it isn’t anywhere near as accomplished as Dishonored 2.

But it is in third-person, and I’ve decided that’s a huge part of the reason why it’s a more entertaining stealth experience.

Now, before I go any further, I feel it important for me to highlight that I absolutely am not someone who dislikes the first-person as a blanket rule. I defended CD Projekt Red when the gaming community shat the bed over Cyberpunk, and I’m a firm believer that gunplay always feels better played from the view of your avatar.

When it comes to stealth games, though, being stuck in first-person has always felt stifling to me. Immersive, certainly, but often frustrating and not conducive to creating situations that promote experimentation. I miss the peripheral vision, and I dislike not seeing my character slinking through the shadows like a badass panther ready to strike.

But I want to break this down in more detail than two or three sentences, especially because the above points span two very different sides to this first vs. third-person argument.

On the gameplay side, I think it’s critical to appreciate that immersive-sim experiences like the Dishonored series and the Thief series it was inspired by are fundamentally different from stealth games like Metal Gear Solid, Splinter Cell, and Styx.

Where immersive-sim games often promote player agency through level design and freedom of movement, they deliberately force a first-person perspective to recreate what it’s like to actually be the avatar in-game. It’s all the name of immersion and realism.

Third-person stealth games, on the other hand, typically play more like action-puzzle games. Players are often faced with more enemies and trickier situations, which is mitigated by the advantage of a more commanding view, and often more effective cover.

These aren’t hard and fast rules, of course, and there’s plenty of crossover between these two loose categories of the stealth genre. In fact, some of the most exciting stealth games are those that merge the two –more on that later.

For me, the realism aspect of immersive sims has always fallen flat simply because in real life you’d be able to twist, turn, peak around a corner, and generally act with much more dexterity and precision than what a gamepad or mouse and keyboard control system actually allows you to in a video game.

Lacking the ability to perform those actions, hiding behind a box or peering below from a rooftop in first-person feels suffocating to me. Obviously, that’s sometimes the intent, to muzzle the player in the name of difficulty –games like Alien Isolation have done that fantastically well– but it can also come at the expense of actual entertainment value.

As a result, I often find myself rushing through first-person stealth games, which any seasoned veteran of the genre knows is a recipe for disaster.

Even in the case of some of the best games in the genre, the undoing of most stealth games is when you’re spotted, and I don’t just mean because they don’t typically do combat very well. Although that’s often the case, it’s also because I think it’s natural for a lover of stealth action to just want to redo a level or section of a level again and ace it without being seen.

In my experience, shit seems to hit the fan much more often in a first-person stealth game. The knock-on effect of that is being comparatively less experimental and adventurous, which means I don’t even bother using all the interesting abilities on offer in a game like Dishonored 2.

I think I would, though, if I could actually see Corvo, and this feeds into my other big complaint with first-person stealth games.

As I’ve mentioned earlier, seeing the world from my character’s perspective isn’t a deal-breaker for me. When it comes to shooting games or perhaps story-driven adventure games, first-person feels like a natural fit that typically plays better than third-person in my opinion.

In a stealth game, though, watching my avatar glide from rooftop to rooftop, pouncing on enemies from above or silently dangling from a ledge before striking a fatal blow from beneath is all part of the excitement.

In such a measured gameplay experience that rewards patience and slow movement over action, watching the badassery unfold all helps to fill in the absence of intensity you’d get in something faster-paced.

I reviewed Shadow of the Tomb Raider last year and found the way stealth was handled to be particularly satisfying in this way. The developers really leaned into the Rambo-esque jungle stealth, and I couldn’t get enough of how awesome Lara looked blended into a wall of with only the cold white of her eyes and the sharp of her knife protruding from the mud.

I miss that desperately in first-person stealth games. Yet I also concede that the strain put on players by taking away the peripheral vision of third-person games, which is why I can’t quite understand why more developers haven’t adopted a hybrid system.

As far as I know, only Eidos Montreal’s Deus Ex: Human Revolution/Mankind Divided have ever incorporated the design, and it’s no coincidence that they’re two of my favorite stealth games of all time.

Both are examples of games that successfully blend the immersive-sim and more conventional third-person puzzle stealth game into one package. There’s all the engagement of experiencing the world from first-person, but you’re able to snap to a third-person perspective when hiding in cover and get the benefit of that peripheral vision.

It’s that middle ground between the two perspectives that I think Dishonored could really benefit from.

How cool would it look to see Corvo crouched behind a box facing the camera like Snake from Metal Gear Solid, donning that cool as heck mask? How much better would it be to actually see him pull a guard over the box and stab him in the head before windblasting another and then blinking to a ledge above?

Sadly, we’ll probably never know, and I think in writing this article and fantasizing better ways to experience Dishonored 2 I’ve finally decided that I’m going to have put my copy the game somewhere it can’t taunt me for now. Perhaps I’ll circle back to it later.