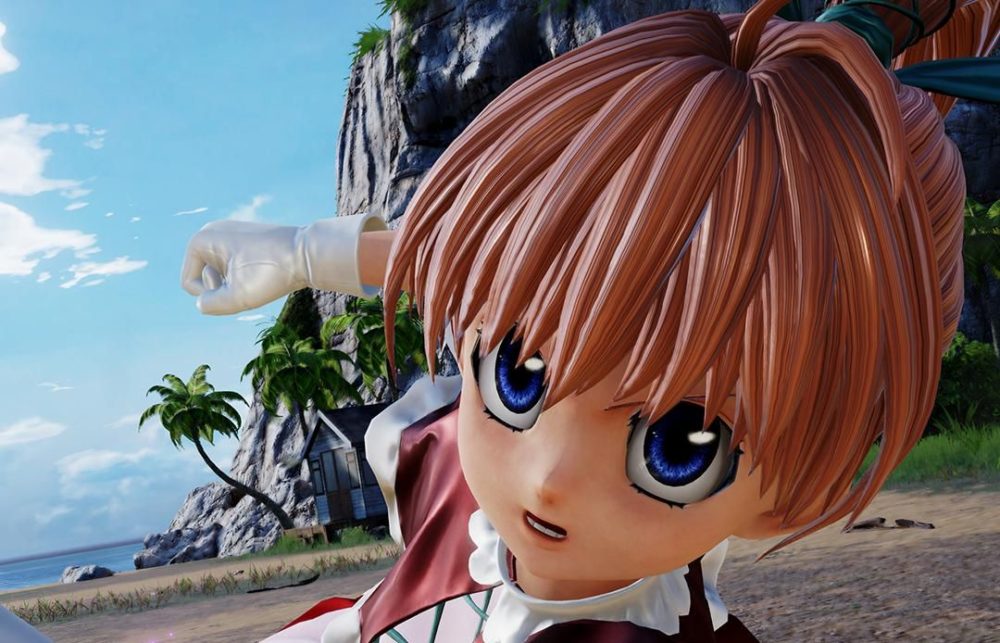 The character is Biscuit Krueger from the popular anime and manga Hunter X Hunter, a double-star stone hunter who acts and looks like a young girl.

That’s just a disguise, though, as her true form is massively muscular. She claims to assume her disguise to lead her enemies to underestimate her, but there’s a different truth behind it.

That being said, she’s extremely strong regardless of the form she’s in. Here’s an official description:

“A treasure hunter who hides her true age behind a young appearance. While her original form is that of a muscular adult woman, she prefers to stay in her child form to her advantage in gathering intel and deceiving opponents while in combat.”

You can check out the screenshots below. If you’re curious about the game’s DLC you can read a list and take a look at All Might from My Hero Academia and Seto Kaiba from Yu-Gi-Oh!.