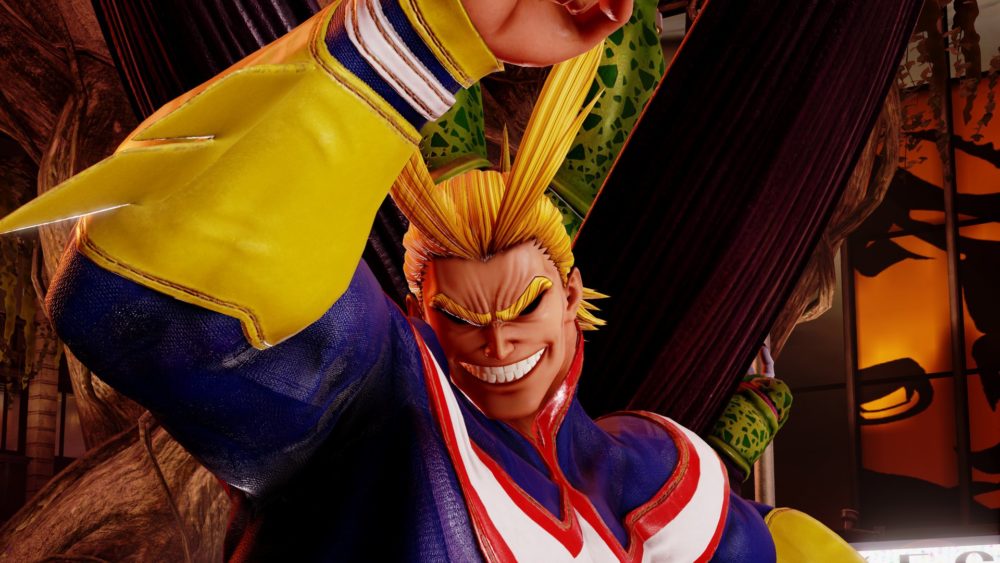 Jump Force originally launched with a distinct lack of My Hero Academia characters aside from Izuku “Deku” Midoriya, but that’s about to change.

Earlier today, Bandai Namco revealed via Twitter and Facebook that the strongest hero in My Hero Academia, All Might, will join Jump Force as a playable character. Bandai Namco even unleashed some shiny screenshots of All Might posing for the camera, punching Yu Yu Hakusho’s Toguro, and showing off a grin that screams, “It doesn’t matter how strong you think you are because I’m stronger.”

While the announcement doesn’t include any information about All Might’s moveset or stats, odds are good he will be a fast bruiser with an eclectic roster of attacks named after states in the USA, just like in the anime.

ALL MIGHT brings Justice to JUMP FORCE!
The symbol of peace from My Hero Academia will smash his way to Jump force in May 2019.
Plus Ultra!#unite2fight#jumpforcepic.twitter.com/zhDONuTc6D

Previously, Bandai Namco revealed that the popular Yu-Gi-Oh! antagonist/deutragonist Seto Kaiba would land in Jump Force in May alongside two other paid DLC characters, and now we know All Might will be DLC character number two. This raises the question of who else will join the fight (or as Bandai Namco puts it, unite to fight) next month.

We could see a character who was leaked via datamine like Hunter x Hunter’s Biscuit Krueger or Dragon Ball Z’s Majin Buu, or maybe the Jump Force team will pull something out of left field and include Gintama’s Gintoki Sakata. Then again, the datamine leak accurately predicted All Might and Kaiba, so who knows?

When our own Hayes Madsen reviewed Jump Force, he found the combat to be a fast-paced spectacle that is supported by its roster of characters, as well as each of their signature attacks. All Might will most assuredly add to the particle-heavy spectacle.

All Might, Seto Kaiba, and one more DLC character will land in Jump Force sometime in May. For more news and updates on the game, stick with Twinfinite.