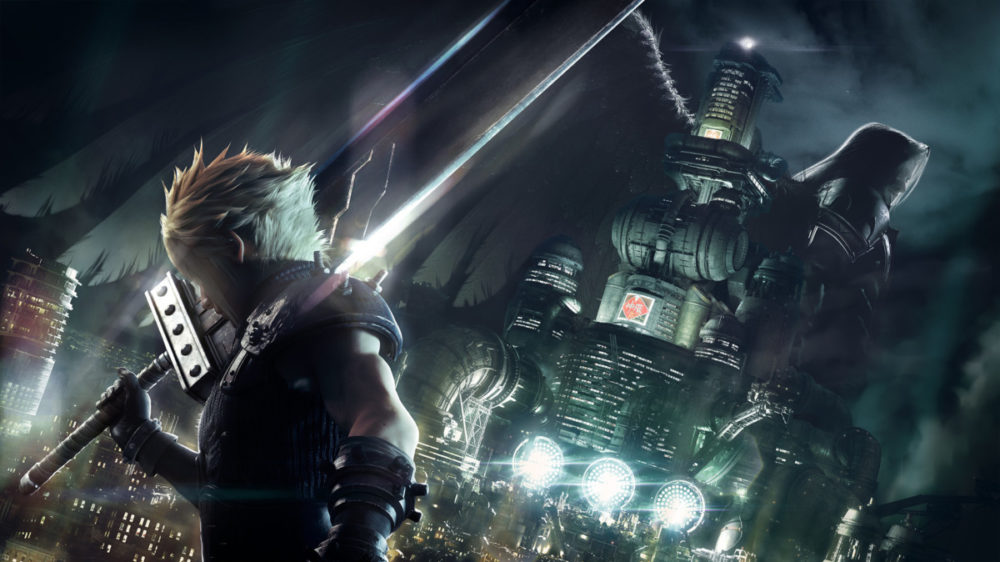 What an emotional rollercoaster Final Fantasy VII’s reveal was back in 2015. The highest of highs, tears of joy streaming down the cheeks of fever pitch fans at Sony’s E3 showcase, followed by the excitement of an even more in-depth reveal at their PSX keynote months later.

But then Square Enix Producer Yoshinori Kitase revealed the game would release as a multi-part series and things turned sour very quickly.

The general consensus, according to the internet, was that Square Enix was gaming us in the name of profit. Nobody was particularly interested in Kitase’s explanation.

“Producing a proper HD remake of Final Fantasy 7 that maintains the same feeling of density of the original would result in a volume of content that couldn’t possibly fit into one installment,” he said.

“I hope that by explaining a little more about our design decisions that you can appreciate the size of this project and what we have planned for this remake. Going beyond the scale and depth of the world, narrative, and gameplay from the original to deliver something that feels familiar yet new. As I said before, we like delivering surprises.”

Unfortunately for Kitase and Square Enix, gamers are rather picky when it comes to surprises. More to the point, they’ve been jaded by all sorts of dubious practices rife in the games industry for years.

It was much easier to believe the publisher was doing a dirty than actually trying to realize a creative vision; that they were intent on muddying the hallowed ground of Final Fantasy VII to triple or quadruple their ROI, as opposed to actually producing something capable of not just meeting expectations but actually surpassing them.

Personally, I found myself sitting on the fence. On the one hand, I wasn’t overly enthusiastic about Square Enix Cross-slashing my precious Final Fantasy VII into pieces and drip feeding it to me over the next five years (how foolish I was to believe it would release that quickly).

On the other, I wasn’t as dismissive as others on Kitase’s notion that a reimagined Final Fantasy VII could be so big that it wouldn’t fit into one installment. And after yesterday’s State of Play trailer, I find myself leaning even further in this direction.

Kitase’s justification was rather scoffed at by many at the time, with fans citing the size of Final Fantasy XV as an example of a modern open world Final Fantasy game on a single disk. It was laughable, they said, that he was suggesting a remade VII could be larger than XV.

But that argument never quite made sense to me. Is Final Fantasy XV really that big? I mean, obviously the map is large for an open world game, but Eos itself is barely the size of a single continent in VII.

It’s far more detailed, of course, with infinitely more to see and do, but it doesn’t represent the same scale. In terms of actual distance, Final Fantasy XV’s world is probably a five or six miles across.

It just about makes sense as a single continent, but VII’s map is an entire planet comprised of three or four different land masses each with their own villages, towns, and cities.

If Square Enix is really planning on detailing the Remake’s world with the density we’ve seen in trailers so far, it’s going to be an astonishingly large game.

So big, in fact, that I don’t think many believe it’s likely to be a full recreation of the original at all; that it’s more likely a sort of condensed, cinematic breeze through the main plot points, ignoring many of the quieter and quirkier moments.

This is where the whole “episodic” thing came from, I think –this assumption that it’s going to be some sort of eight-part series akin to a Life is Strange game.

But Square Enix has never indicated that’s going to be the case, and if they really are planning on detailing the rest of the game to the same extent as what we’ve seen of Midgar, I think it makes sense that it would release as a multi-part game –both because it surely wouldn’t fit on a single disc and because otherwise, we’d still be waiting on its release in 2025.

Assuming it’s what Square Enix is going for, would a chunky three or four-part series each worth 20 or so hours of gameplay really be such a bad thing if it meant experiencing a far more detailed version of the universe we all love and cherish?

I think we should be hugely excited about that prospect rather than lamenting the fact that we’re not getting an HD version of what we’ve played many times over.

I adore Final Fantasy VII, but its design just wouldn’t make sense if it were simply transplanted to a modern graphical engine. Imagine how disappointing it would be if exploring Midgar’s slums in the Remake was just a pretty facade, limited to just a few small areas equivalent to the original game.

We want something deeper than that, don’t we? That’s what Kitase was promising back in 2015, and if it means a multi-release strategy to realize then perhaps we should consider embracing it.

Of course, if Square Enix is instead intent on delivering an entirely linear experience that skips out on the explorative qualities of the original, it’s going to be bittersweet. Would I be prepared to give up the open world nature of the game’s later stages to see its different cities and regions in stunning detail?

That would be tough, admittedly, and it would be at that point that the reimagining of the game would perhaps start to feel as though it wasn’t honoring the essence of the original game.

We’ll just have to trust that Square Enix understands how sacred a video game Final Fantasy VII is to so many people and which qualities we’re prepared to give up in the name of reimagining the experience.