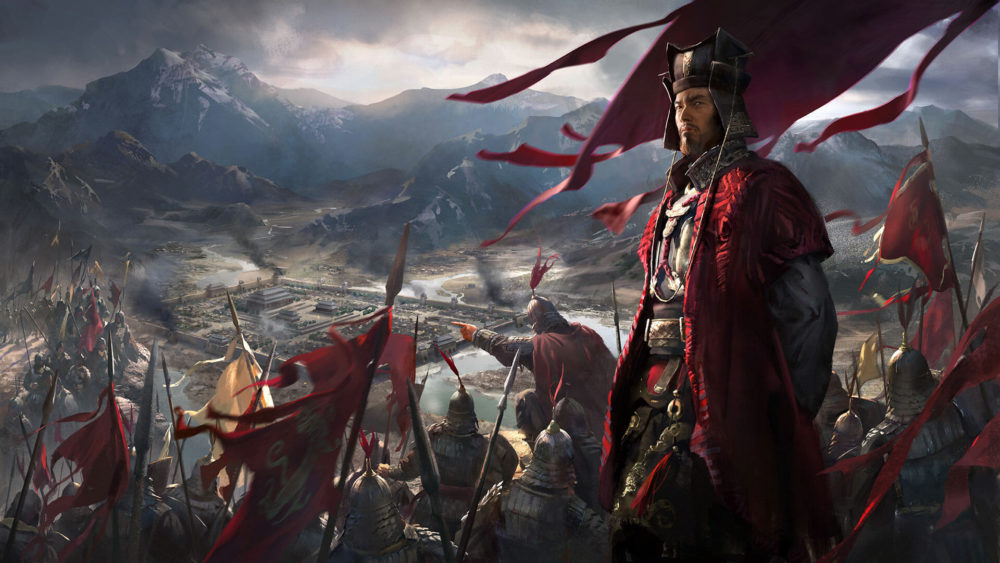 The Total War series began with the original Shogun: Total War almost 20 years ago, which was set in the year 2000 ACE. Developed by Creative Assembly (referred to by their incredibly dedicated fanbase as CA) the games are a fascinating mix of turn-based and real-time strategy, that depict warfare on the largest scale imaginable while maintaining an eye for minute detail.

In the last two decades, CA has released a string of historical titles with varying degrees of success, both commercial and critical. Each game has depicted a different epoch in human existence, with the player able to play as one of a dozen or so nations or powers specific to the era.

From the classical era (Rome I & II) to the middle ages (Medieval I & II, Shogun I & II), to the age of exploration and beyond (Empire & Napoleon), the Total War series has explored such a vast expanse of the human experience, that speculation is always high when it comes time to announce a new installment.

Imagine, then, the surprise of longtime fans when Total War: Warhammer was announced in 2015. CA, partnering with tabletop fantasy gaming giant Games Workshop, released their first high fantasy game to rave reviews, selling more than half a million copies in the first few days.

This was seemingly a match made in heaven, as the mechanics of the Total War series perfectly complement the Warhammer tabletop game, and a massive influx of new players came over from the Games Workshop side of things. Games Workshop, meanwhile, hadn’t really had any well-received games based on their IP, and so this was a boon for them as well.

It was announced that there would be a trilogy of Warhammer games, each focusing on a different part of the fictional Warhammer world. The first game was set in the Old World, which is analogous to Europe, and the second (Warhammer II, released 2017) in the New World, similarly based off the Americas. There is no release date for the third installment, and we don’t know where it will be set, but fans have been theorizing for years.

Most impressively, owning each of the games allows you to play an ultra-large version of the classic grand campaign game, called Mortal Empires. This essentially stitches together the world map from both currently released Warhammer titles and you can choose to lead any of the races that have been released, in either of the two base games or via DLC.

However, it has not all been peaches and cream since the collaboration between Creative Assembly and Games Workshop.

The Total War community is massive and incredibly passionate, with a thriving mod scene and hundreds of thousands of forum users across Reddit, the Total War Center Forums and various Facebook groups. And it is here that a battle has raged for the last few years, between the old ways and the new, between fantasy and reality.

You see, not everyone was happy about this new agreement and these new games. Many of the old guard, fans that have been with the series since the beginning, saw this break with tradition as an affront and a streamlining of the series to cater to a more casual market.

It is true that the Warhammer games lack some of the more advanced features of later games like Shogun II and Rome II (family trees, political systems, in-depth siege battles), but they make up for it by having some of the most epic animations you will ever see in an RTS.

There was also a suspected shift in dev focus, from historical to fantasy. Some historical players resented the amount of support that the Warhammer games were getting, and this was further exacerbated by the lukewarm reception of Thrones of Brittania, the only historical title to be released since the Warhammer collaboration.

For full transparency, I’m a fan of both. Yeah, I know, everyone hates a centrist. I studied history at university, and it was that love that drew me to the Total War series. Of course, I was also a massive fantasy geek, and as a teenager, I somehow managed to put together a 2,500 point Empire army. I was poor and those models were exorbitantly expensive here in Australia, but I digress.

There is hope for the Total War community, and it comes in the form of the upcoming historical title, the long-awaited Total War: Three Kingdoms. It takes place in ancient China and is based on the Romance of the Three Kingdoms, which is a famous text that reads like a historical power fantasy but is accurate enough that it cannot be discounted as fiction.

Three Kingdoms, though, seems to be a fusion of both the old and the new and may be just what the disparate groups of Total War players need to bury their hatchets, muskets, and +5 Runefangs, respectively.

Simply put, the game looks amazing, and the time period should be familiar to anyone who has played the Dynasty Warriors series of games over the years. Aside from a setting that is ripe for open-ended strategic gameplay, Three Kingdoms also comes with two unique ways to play the campaign.

The first is called Romance mode (gameplay of which was used in the E3 Reveal in 2018), and it will feature gameplay more reminiscent of the Warhammer games, with hero characters able to devastate hundreds of soldiers at a tune, their only match being… well, other heroes. They can call each other out mid-battle and duel each other to death — it’s great!

Again, as was the case in Dynasty Warriors, the characters featured in the stories of Romance of the Three Kingdoms were said to have nearly supernatural powers and CA have really leaned into this, and is something they perfected in the Warhammer games.

For the more traditional player, there is the Records mode, which plays like classic Total War. Your generals will be accompanied by bodyguards of soldiers, and battles will be slower and more strategic in general. You will have to rely on tactics and your wits to survive, not just the destructive power of Lu Bu.

In my mind, this is the right step towards creating the ultimate Total War game. The Warhammer fans are here to stay, and in this way, you just may convert some into historical fans. Likewise, historical fans look set to receive the best game since Shogun II, and it will surely be supported for years to come. Time will tell, but we don’t have much longer to wait. Releasing May 24, this may just be the Total War that brings us all together.