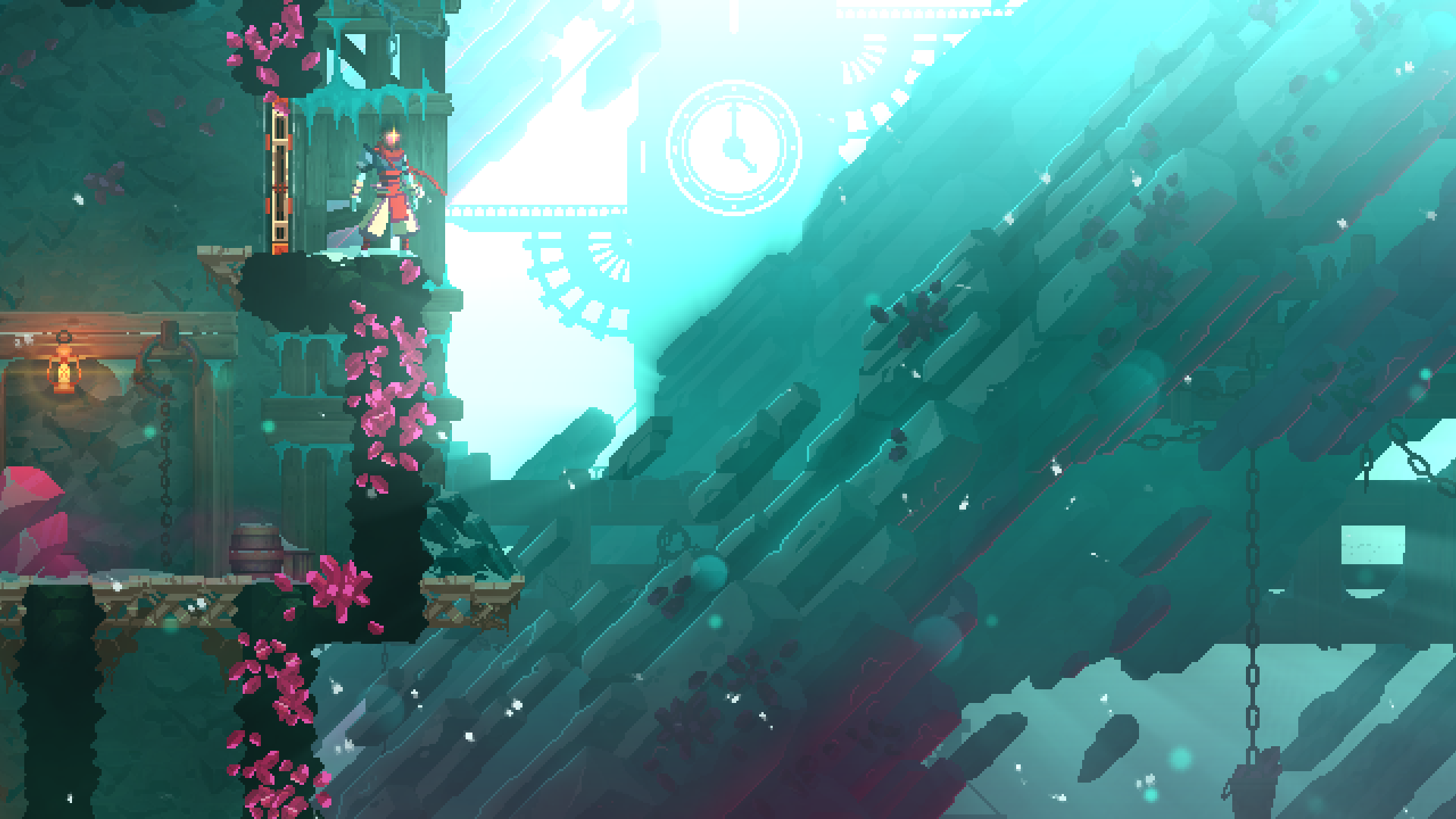 Dead Cells was one of the critical indie darlings from 2018. We loved it, we can’t get enough of it, and we’re still waiting on that Rise of the Giants update to hit the Switch. Any day now.

Just this past week, Motion Twin had a new Dead Cells-related announcement to make, and we learned that the game was getting ported to mobile devices.

I’ve never been a huge fan of mobile games, but if this means an awesome action rogue-lite game like Dead Cells can reach an even wider audience, I’m all for it. Just one thing, though: I’m not entirely sure how fun this game is going to be on a mobile device.

In a very in-depth interview with the good folks over at Gamasutra, Playdigious (the developers handling the port) talked about the very arduous process of bringing Motion Twin’s action game over to mobile.

Most pertinently, Playdigious’ Laura Saada described exactly how controls would work on a touchscreen, which was my first major concern when the news first broke.

As Dead Cells players would know, this is a very reaction-based action game. It’s imperative that you know how to dodge and jump at the right time in Dead Cells, or risk eating a massive amount of damage.

Combat is extremely fast and fluid, not to mention the quick traversal mechanics that are involved as well.

To start, Saada confirmed that there will be a movement pad in the mobile version, as expected. With your left thumb, you can move the Prisoner around. Alright, fairly standard stuff. And then she went into how all the other features would be implemented.

Just off the top of my head, Dead Cells has plenty of basic functions you need to get used to. There are two weapon buttons, two skill buttons, a dodge, a jump, and a heal. That’s seven functions that are required to beat the game at its base difficulty. Now, Playdigious needs to find a way for all that to translate well on a mobile device.

Initially, Saada says, they’d decided to implement a swipe-to-dodge function. As the name implies, you’d simply swipe on the screen to perform a dodge.

However, it ended up not feeling very good to play in practice, and the team eventually decided to go back to dedicating a button to it. So now we have separate buttons for dodging and jumping.

With all of that in mind, that’s a lot of buttons to cram into a small screen, especially for those who might be playing it on a smaller sized phone.

Saada cited other mobile games like Fortnite (which, in my opinion, is also kind of a nightmare on mobile) and Lineage 2 with similarly beefy control schemes, and it looks like we can expect a button layout similar to those games in Dead Cells.

With so many buttons to work with, plus the amount of action that’s gonna be happening onscreen especially in the later stages in Dead Cells, Saada acknowledged that they had to do quite a bit of UI work as well.

For starters, elements like the health bar and mini-map have been moved to the top of the screen, where they had originally been at the bottom in the PC and console versions. This is certainly a good move, as it frees up the whole bottom half of the screen for buttons and controls.

There is a silver lining, though. As messy as the port sounds right now, Playdigious has also opted to include as much customization as possible in the mobile version.

Functions like the previously mentioned swipe-to-dodge feature are still available in the game, but as an option that you can toggle from the menu.

Dead Cells’ mobile version also features an alternate auto-hit game mode, where the Prisoner will automatically attack nearby enemies with the primary weapon, which should make the gameplay experience feel a little less hectic on a small screen.

Going even further than that, the mobile port is also set to have full control customization, where you can select options for a fixed or floating movement pad, and even resize certain UI elements if you so choose.

As hesitant as I am about Dead Cells’ mobile port, it’s clear that Playdigious is committed to creating the best mobile version of the game as possible.

The PC and console versions virtually give players full control over their runs in the form of custom games, and it’s nice to see the mobile port staying true to that spirit of customization as well.

There’s still a bit to go before Dead Cells gets its mobile release, and while I’ll certainly always recommend the PC and console versions first, this is shaping up to be a quality addition to the ever-growing mobile games library.