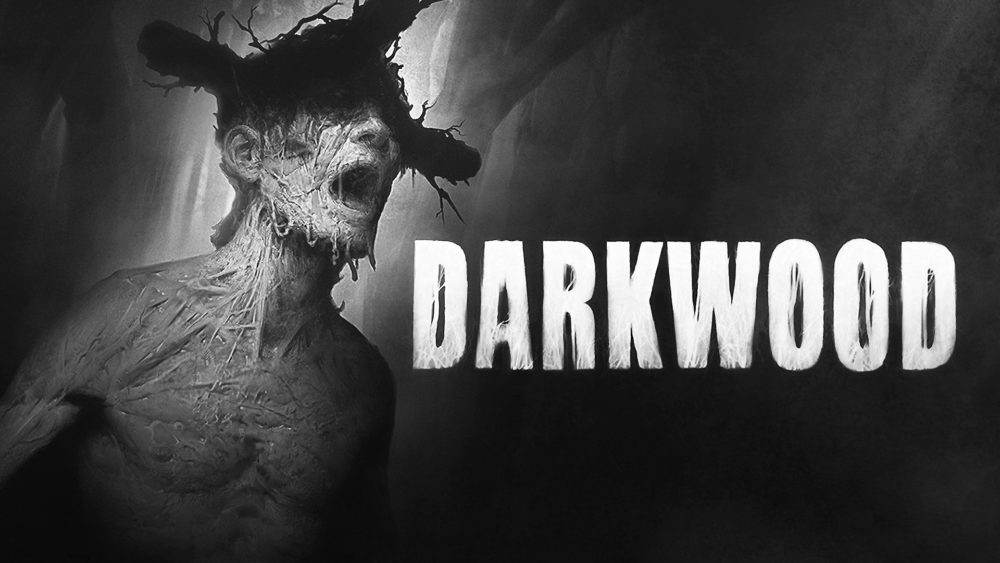 It’s 2am, and they are outside again. The scratching gets louder, and you grip your rusty shovel closer. With a mechanical whine, the generator gives out, and your hideout is plunged into darkness. You hear a crash and an otherworldly scream. They have made it inside.

Welcome to the world of Darkwood, an incredibly twisted and terrifying survival horror game from the evil masterminds over at Acid Wizard Studio, and probably one of the scarier games I have ever played. Created by three guys (and a dog) out of Poland, it really goes to show that you don’t need a AAA studio to make a top-tier experience.

You play the majority of the game as the Stranger, and very little of your origins are explained. The game takes place somewhere in the Soviet bloc in the late ’80s, although this is mostly gleaned through item descriptions and context.

After a chilling prologue sequence, you awaken alone in a dilapidated cabin, which serves as the first of several hideouts you will come across. You have a key, marked with the number 21, and you are directed to explore an area known as the Underground Entrance. And that’s it, you are on your own.

It’s here that Darkwood is at its absolute strongest. You have a semi-open world to explore, and an incredibly foreboding atmosphere to contend with. What you do next is really up to you, but you had better do it quickly because the real fun begins when the sun goes down.

I didn’t realize at first, but the world of Darkwood is procedurally generated. I had played a little via Early Access on PC last year, and my experience was quite different this time around. There are a handful of different locations that are handcrafted in each of the games main areas, but where they show up is different when you start a new game.

The moment-to-moment gameplay is reminiscent of Hotline Miami or Mr. Shifty if the combat in those games was slowed way down and governed by a stamina meter.

Viewed from a top-down perspective, you are only able to see in a 45-degree arc in front of you, and lighting is used to horrifying effect. Your torches will flicker, and batteries will fail at the most inopportune moment.

The art style is gritty and incredibly effective. You feel like you are drowning in trees, and it is incredibly easy to become lost or disoriented. You have a map, but it only reveals your general location, and you need to actually memorize landmarks to successfully navigate the world.

Each morning, you repeat the same solid gameplay loop: You leave your hideout and scavenge supplies in the surrounding locations, avoiding hazards like bear traps, wild dogs and patches of poisonous mushrooms. You bring your loot home, and maybe you have enough to craft some weapons or items to aid you.

And then it gets dark. If you made it home in time, you have a chance to survive. You can barricade windows using nails and wooden boards, and there is a rudimentary physics system that allows you to drag furniture to block doorways or window sills. You then equip your strongest weapon, place your back against the wall, and wait for dawn or whatever monstrosity forces its way inside.

The true beauty of these nighttime sieges is the tension, which is cranked up to 11 during these sequences. It will be silent, and then you hear a footstep. A low growl, somewhere nearby, and then nothing. Then you will hear your character’s heartbeat quicken… And maybe the rest of the night will pass without incident.

I had one night where nothing happened at all until exactly the stroke of midnight, when the door (the only entrance to my boarded up room) slowly and silently swung open to reveal… Nothing. There was nothing there at all, and my heart was in my throat as I crossed the room to close it, expecting the worst with every footstep.

Other nights, though, denizens of the woods can and will make their way inside. I won’t spoil their nature, as that’s part of the fun, but suffice it to say some will make your skin crawl. I actually had to have someone play with me during later evenings, as the tension got to be too much for me at points.

The PlayStation version is solid (the game is also coming to Switch this month) and the only real issue I had was with the UI. The inventory system is very clearly designed for PC, and I died a few times because of how finicky digging something out of your backpack can be under pressure. The penalty for this is quite low, thankfully, as you just need to pick up your fallen goods.

I also wish currency was shared between vendors, and that some aspects of crafting were a little clearer. But these are minor nitpicks in the grand scheme, and don’t stop the game from doing what it was intended to: scaring the absolute bejeezus out of you.

There is a story, although it may take you a few playthroughs to see all of its nuances. Don’t expect much on that front though, as the NPCs are more mood-setting than anything else, and in that they are successful. There are multiple endings, and your actions determine the fate of the unfortunate souls you will come across during the 15-20 hours you are likely to spend in Darkwood, at least the first time through.

Darkwood is a fantastic exploration of the horror genre and had me checking my cupboards for monsters whenever I’d finish a late-night play session. It’s grim, unrelenting, and you can easily find your self lost among its shadowy boughs. It’s oppressive, dark, and one hell of a ride. Just don’t let the lights go out.