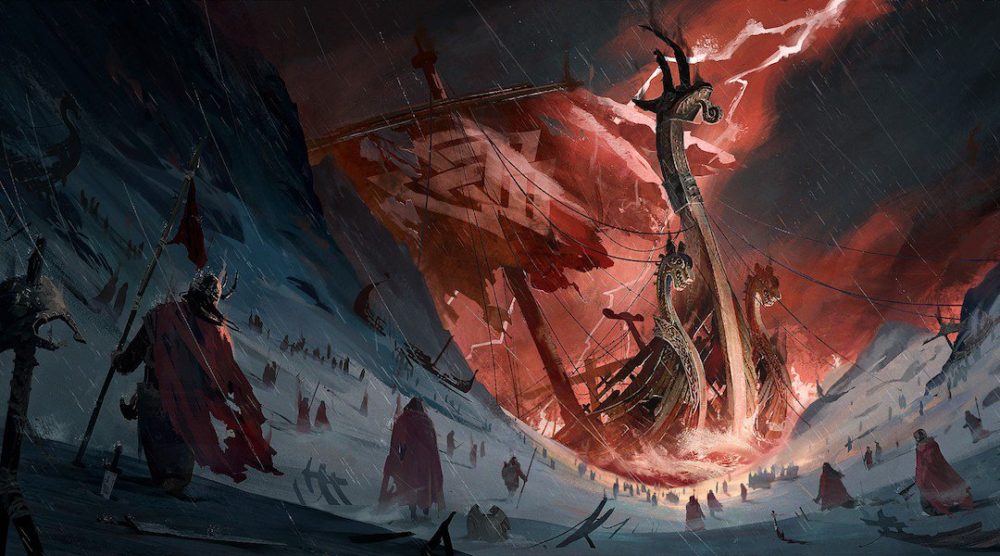 When a popular video game franchise is selling big numbers, it’s hard for developers to justify straying too far from the mold. For years, Ubisoft rinsed and repeated the same blueprint with Assassin’s Creed, making no substantive changes other than locations and stories, and essentially got by by riding a wave of enthusiasm for the IP and the novelty of its open world design.

But there comes a point when even the most diehard fans tire of playing the same damn game — when even something that’s been successful starts to feel tired and boring.

That was the story of Assassin’s Creed back in 2015 after Ubisoft followed up the wildly unpopular Unity with Syndicate. Syndicate was fine but uninspired; steadied the ship but did nothing innovative. That was the last straw.

The poor commercial performance was enough to convince Ubisoft to take a break and come back strong with a new direction for Assassin’s Creed. It was exactly what the doctor ordered, and today the action-RPG design and a generous helping of other popular AAA gameplay mechanics have the series back in the spotlight.

But I can feel Ubisoft slipping again.

I’ve played 15 hours of Odyssey. That’s all I could stomach, honestly. I’ve no doubt it’s right up there with the best games in the series, but after 100 hours enjoying Origins the year before, I just feel like I’ve played the game already.

Yes, I know, it’s more RPG; there’s branching dialog, more meaningful side-quests, and Kassandra is apparently oh-so-amazing to play as. But don’t tell me that if you went back in time and showed Odyssey to someone playing Origins they wouldn’t think it was Origins DLC. They would. Odyssey is literally Origins 2 with a heavier dose of RPG, and that’s about it.

After that 12 month break between Syndicate and Origins, Assassin’s Creed came back way too quickly with Odyssey for my liking. The appeal with the series’ big return in 2017 was that we’d been given a break, and that Origins heralded something entirely fresh. Odyssey didn’t have that sort of buzz.

Ironically, a greater focus on RPG mechanics is something that I should have been excited for in principle. Unfortunately, though, everything about the game felt overly familiar the first time I played it at E3 2018 — the eagle-flying mechanic, the movement and traversal, the combat, the similarities in setting (aesthetically and thematically), the UI, and so on.

As it turned out, Origins was really just a warm up to the full-fat RPG experience Ubisoft had in the pipeline years prior. Odyssey is the game I wish I could have played in 2017, rather than the 100-hour halfway house that Origins now feels like.

Regardless, at least I know now that I’m not in the mood for another Graeko-Roman action-RPG with the same mechanics as Origins and Odyssey. You can imagine my frustration, then, when I read a rumor earlier this year about Assassin’s Creed: Legion, the next game in the series supposedly launching in 2020.

Apparently, Legion is to feature a story revolving around Marcus Aurelius and Commodus’ reign –think Gladiator– set in Rome, 193 AD. There are two playable protagonists, one male, and one female, both descendants of past playable characters in Assassin’s Creed: Origins and Assassin’s Creed: Odyssey.

So, basically the same thing again then. Great. Oh, and that’s not the worst part. The worst part is that there’s a blurry leaked screenshot featuring that damn bird again! Surely not!

Now look, take this 4chan rumor with a grain of salt. Legion could quite easily be nothing more than a fabrication by some troll in his parents’ basement. But would you really be all that surprised if it weren’t?

Disappointingly, jamming a proven and popular design into a new but somewhat similar story, set somewhere different but vaguely familiar, sounds exactly like the Ubisoft I know — the one that nearly hammered the Assassin’s Creed franchise so far into the ground that it disappeared forever.

But there’s hope yet for disgruntled Assassin’s Creed fans such as myself who want just a little bit more innovation from a studio as talented and well-equipped as Ubisoft. A very exciting Easter egg has been discovered.

No, not the sort of Cadbury Cream Eggs you’ll be gobbling for Easter next weekend. I’m referring to the posters found by YouTuber JorRaptor in The Division 2’s Potomac Event Center that show somebody dressed in Norse clothing whilst holding the Apple Of Eden. They seem to allude to an Assassin’s Creed game set in the Viking Age.

Kotaku editor Jason Schreier has since weighed in on the discovery, too, by claiming that two independent sources have confirmed to him that the next Assassin’s Creed game will, indeed, be set during the Viking Age.

As a huge fan of that particular period of history, that’s definitely a setting I can get behind and has me much more interested than the Legion rumors. But it’s actually less about my personal interest in Viking history and more because I think getting away from any sort of repetition is exactly what Ubisoft needs to prioritize with Assassin’s Creed.

Yet another Graeco-Roman setting would feel like yet another rehash, and I’m certain that even beyond the RPG mechanics and combat and that Origins brought when it put Assassin’s Creed back on the map in 2017, it was the completely different approach to the story and setting that caught people’s attention.

Of course, I’m also hoping that a Viking-set game would push Ubisoft to incorporate new features and open up the creative process a little more, but that’s less of a concern to me. It’s just good for Assassin’s Creed to get away from any form of repetition wherever possible — which is exactly what Legion would feel like to me.

The only way to keep the series interesting is to keep changing the mold, and I think the Assassin’s Creed franchise is a big enough brand that Ubisoft doesn’t have to worry about keeping things familiar. Let’s see a Viking setting, a feudal Japan setting, a Mayan setting — anything to keep this old franchise feeling new and exciting.