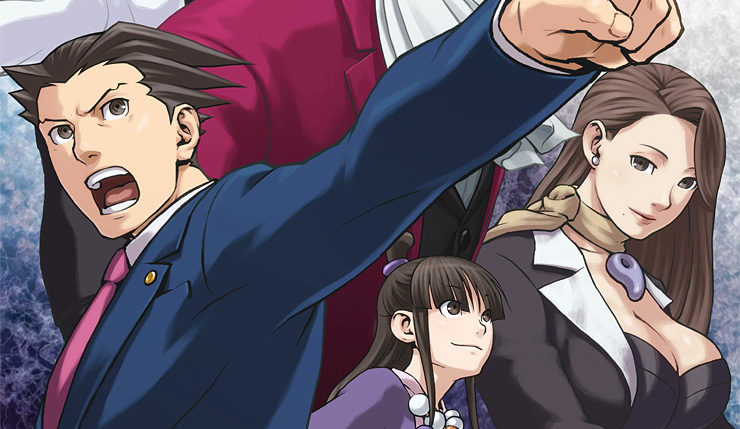 The Ace Attorney series is no stranger to Nintendo consoles, but that sure didn’t stop me from being excited as all hell when Capcom finally announced that the original trilogy would be making its way to the Switch. After a long weekend revisiting Phoenix Wright and the rest of the kooky cast, it’s safe to say that this visual novel series has certainly withstood the test of time. Quite well, actually.

Taking place in a mysterious universe where trial cases are resolved within three days, with no way of getting an acquittal or claiming plausible deniability and charging a witness of perjury, the Ace Attorney games put you in the shoes of defense attorney Phoenix Wright.

Together with his trusty assistant Maya (who’s also a spirit medium), your job is to defend your clients and clear them of all charges in each case you take on.

Because this is a visual novel series, you’ll spend most of your time clicking through text boxes, and clicking on crime scenes to gather evidence for the upcoming trial. You’ll then be tasked with cross-examining witness testimonies and pointing out contradictions to help build your case.

Now it’s important to note that this isn’t just any ol’ regular port of Ace Attorney. No, it’s the Ace Attorney Trilogy HD collection for the Switch. You might remember a similar HD re-release for the 3DS from about five years back, and yes, this is basically that, but with touched-up graphics and visuals.

The classic trilogy has never looked this good, thanks in no small part to the Switch’s gorgeous screen and display. While the 3DS versions weren’t sloppy by any stretch of the imagination, the Switch port looks mighty sharp. You can tell by the way the edges of the environments and character models have been smoothed out, lending the games a very polished and touched up look that will appeal to a modern audience.

While I personally still miss the jagged pixel look from the original DS versions, there’s no denying that Ace Attorney looks damn good on the Switch. 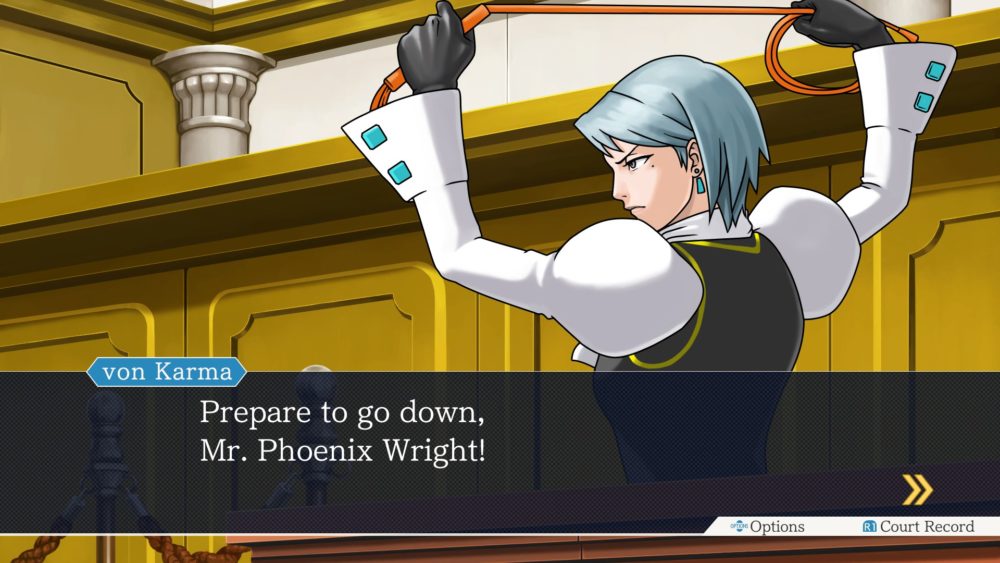 It is worth noting, however, that this is all it is: a port. It would’ve been nice if the game were remade in the style of the 3DS Ace Attorney games like Dual Destinies or Spirit of Justice, giving the classic trilogy a fresh 3D look, but unfortunately, that isn’t the case here.

Capcom did take this opportunity to add a few quality of life improvements though, such as including 10 save slots, and making it easier for players to see areas that they’ve already investigated for clues. Ace Attorney is a series that demands players to be thorough in investigations, which can lead to frustration when you’re unable to progress due to missing a little corner of a random room you passed a few minutes ago.

The Switch port makes investigations a tad more streamlined and convenient, all so that you can progress through the game at a faster clip.

So, to sum up, the Ace Attorney collection on Switch is excellent, especially for newcomers who’ve never given this series a shot. At this point, though, we’ve already seen the classic games a thousand times before, and I’m convinced that Capcom needs to just release the rest of the series on the Switch already if they’re planning on some sort of epic Ace Attorney resurgence in the video game market.

Dual Destinies and Spirit of Justice are the most recent games in the series, with the former rivaling even Trials and Tribulations in terms of story and music, yet those games are still exclusive to the 3DS. And mobile too, I suppose. Not to mention the Japan-set Great Ace Attorney games that have yet to even be localized for western audiences, which are also exclusive to the 3DS.

Don’t get me wrong; the original trilogy is fantastic, but playing through these games yet again made me realize that the other games in the series deserved some love too. Maybe not Apollo Justice though, I think we can live without that one.

So there you have it. If you haven’t played Ace Attorney and are wondering if this is a good spot to jump into, it is. You should go for it. And Capcom, it’s time to keep the fans invested by re-releasing the rest of the series on Switch as well. Phoenix Wright and the Switch are too good of a power couple for this not to happen.