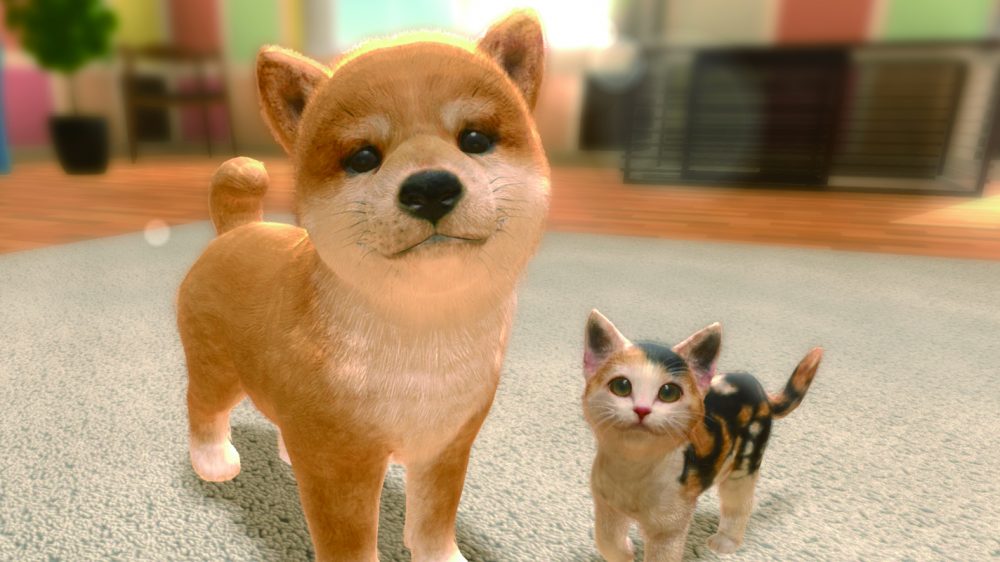 During PAX East 2019, I was invited to go over to Imagineer’s booth and check out their new pet simulation game, Little Friends: Dogs and Cats. The game actually came out this past December, but in Japan only. Now, Little Friends is coming to the Switch over here, and if you were a fan of Nintendogs back in the day, then get ready because this is the spiritual successor.

Little Friends: Dogs and Cats is everything you would expect from a pet simulation game that borrows a lot from Nintendo’s series of the same genre.

To say that Imagineer has outdone Nintendo would be crazy to come out of my mouth, but lo and behold, after playing Little Friends for 20 minutes or so, that’s the feeling I was left with.

Little Friends gives you access to six breeds of puppies and three breeds of kittens. That may not seem like a lot, but Imagineer promised me that each and every dog will look different from the next.

If you end up getting three different Shiba Inu’s, each dog might have a different color variation, shape/size, and even different personalities, making each pet have a mind of their own –as it should be.

You can bring up to three pets into your home at once, switching them out from the kennel or wherever they stay while you entertain your three picks.

In this home –that you can customize, by the way– you can play around with your pets by a variety of methods. You can purchase outfits for your pet so that you can style them in any way you want. You can also move the camera around in photo mode to snap a few pics, and with over 600 accessories, there’s a lot you can do here.

Pet your pets, play fetch, give them baths, clean their fur, put ridiculous headphones on them, make sure that your pets don’t starve; as you can see, there’s a lot to do with your pet and during my play session I found myself attached to a Shiba Inu named Shibby.

Shibby was a good dog, so since I had to be a good doggy daddy, I took Shibby out for a nice walk in the park so that he could meet other dogs or to just pee against a fire hydrant –I let him do what he wants.

When you go outside, there’s also a couple of different tournaments that you can enter your dog in, like a flying disc competition and an obstacle course. You’ll have to train your pet before you throw them into the ring though, as your pet won’t win from the get-go.

The more you practice and play with your pet, the more experience they essentially earn, letting them run faster to grab that flying disc or to jump higher in competitions.

The one thing that ultimately made me fall in love with Little Friends (besides the adorable costumes) were the many, many “achievement” type challenges that you can complete and check off of the goal stamp collection book.

There are achievements for like every little possible thing and these challenges provide a sense of progression that Nintendogs didn’t really have.

You’ll have some that require you to walk your dogs for a specific amount of time, perform a number of tricks, and win several competitions. You see, even if you’re just feeding your dog/cat or giving them water, you might get awarded with a new stamp in your book and it’s really satisfying if you’re a completionist like myself.

Since Nintendo seems to have forgotten about their premiere pet simulation game for the past 8 years or so, Little Friends: Dogs and Cats is doing an amazing job at taking over the spotlight as the fun, new pet game in town.

While the name of the game isn’t the same, if you ever played Nintendogs then you already know what to expect from this title. If you’ve been holding out for a sequel from Nintendo for the past eight years, then you can stop waiting because the spiritual successor is almost here.

Little Friends: Dogs and Cats will be coming to the Nintendo Switch on May 28 and will cost $49.99.

We have attached adorable photos of some dogs and cats down below –try not to die from the cuteness overload.