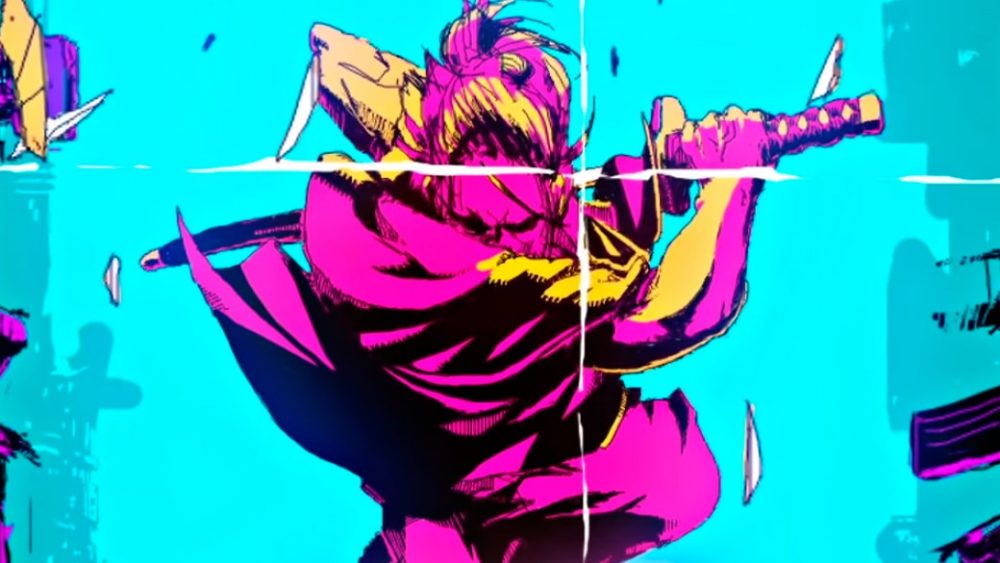 Developer Askiisoft’s Katana Zero is a 2D action platformer with a funky neo-noir aesthetic, and it’s coming to Nintendo Switch and PC later this year. Recently, I had the opportunity to play the first three levels of this 16 bit 80’s inspired platformer.

In Katana Zero, players take on the role of a samurai assassin who uses a time manipulative drug called Chronos which handily, which allows him to predict the future and plan out all of his actions ahead of time.

That makes taking out hordes of armed goons with your katana (slightly) easier. But it also plays into Katana Zero’s key mechanic allows you to slow down time and get the jump on your enemies.

This is a game of careful strategy, encouraging you to experiment with all the tools at your disposal, improving your abilities to create seamless combos.

Your sword can do more than just slice through enemies; it can also parry back bullets which is easy to forget once things get chaotic. Learning to string together complicated moves like wall jumps, dodge rolls, parries, and slices is something reminiscent of the Hotline Miami series.

Katana Zero puts players in a trance of electronic music and neon colors that is difficult to pull yourself away from. Everything blends together the same way the characters, music, and color pallet all worked to elevate Hotline Miami.

The three levels I played all felt different and each came with a unique song. The music in Katana Zero drives home the theme of this dark 80’s city vibe. With synth-heavy beats and percussion, each track had me bopping my head along as I sliced my way to my target.

Completing each mission returns players to their apartment where the main crux of the story unfolds. You can choose to do a variety of activities around your apartment like drink tea or watch the news.

I found it particularly amusing that if you choose to watch the news it will recount the assassination you did earlier that day, showing the impact your actions are having on the world.

After the small but exciting interactions around your apartment, you’ll go to see your therapist. Here you’ll have dialogue options and even the ability to interrupt him, which can have consequences like missing out on key mission information.

Your therapist is the one who supplies you with Chronos, but he is also your employer of contracts you’ve been so diligently completing. This sets the stage for what is sure to be an exciting story, and it certainly left me wanting more.

The third level, in particular, had me stealthing my way through a night club as to not have the patrons get caught in the cross-fire. This added an extra layer of tension to things as I couldn’t just try and fight my way through the rooms. I had to wait for the right moment to strike.

This in tandem with the music, abilities, time manipulation, and interesting story beats should have platformer fans hyped for Katana Zero which launches on April 18 for Nintendo Switch and PC.