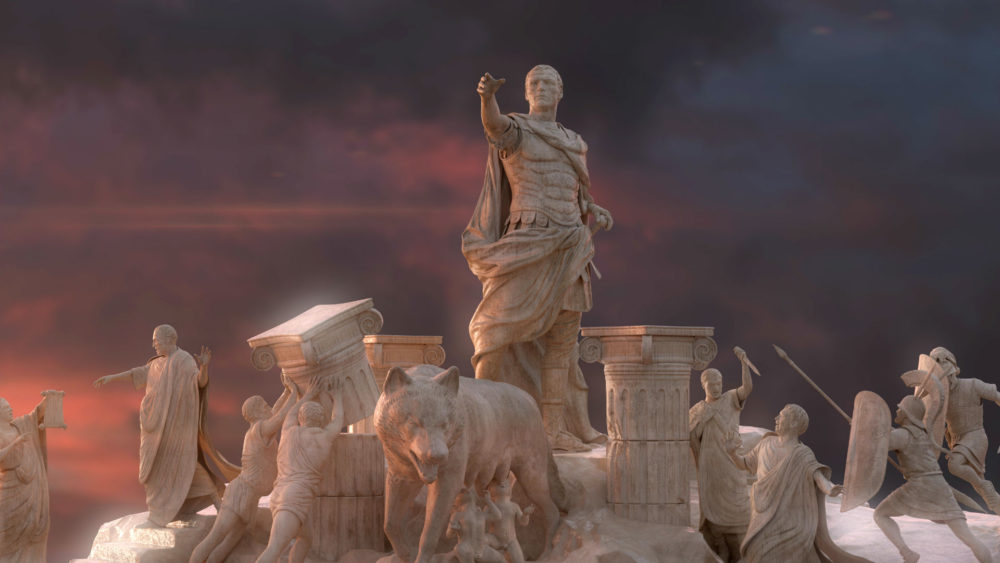 In Imperator Rome, you lead a nation of people, and you have a startling amount of freedom in how you go about achieving your own ambitions. There are restrictions, however, and these usually stem from what kind of government you are operating under.

Broadly speaking, there are three major governmental types in Imperator Rome, and there are some key differences between them. Let’s take a closer look, shall we?

Differences Between Monarchies, Republics, and Tribes in Imperator Rome

Monarchies are the most straightforward governmental type and are definitely the easiest to play as, and thus are perfect for newer players. That isn’t to say they don’t face issues all their own, just that they are more straightforward in their dealings

A monarchy is a government ruled by a single person with absolute power, usually a king or queen or some equivalent. Playing as a monarchy, you can make alliances and peace deals, declare wars (so long as you have a relevant casus belli) without consequence and generally rule to your heart’s content.

Key issues for any budding monarch are your succession and the growing resentment amongst pretenders to your throne. Succession is simple enough, have your leader get married and have children, and you can even change the laws on succession to include females and the brothers of your ruler if you so desire.

Pretenders to the throne are slightly trickier. You will always have people that may think they are better suited to rule, so you must manage them and keep them happy. Simple bribes are a quick fix, but this will increase your corruption. Longterm solutions can include giving these people trusted positions in your government, helping them achieve their ambitions, or in extreme cases having them imprisoned or executed.

You will also need to keep your legitimacy score high. This is a measure of your leaders right to rule and is increased by enacting laws and winning wars. If your legitimacy becomes too low, it will decrease loyalty in your followers and raises the chances of civil war.

Republics are a form of government ruled by committee, and there is a generally a governing body made of influential citizens who must vote on important issues. For you as a player, this will mean you need to garner a majority vote before making big decisions, like declaring war or securing alliances.

This kind of government, therefore, requires a lot more work on your part, as you are going to need to influence your Senate or similar ruling body. This can be done in various ways, either with flattery or through the more direct methods of bribery and intimidation.

You can also just force them to do your bidding, but as you might imagine this will increase your tyranny rating. Beware of this, as it may lead to a fate similar to that of Julius’ Caeser’s. Sic semper tyrannis, folks.

Republics are a very engaging way to play Imperator Rome and require more from you as a player. It’s interesting that Rome itself is a republic, and also the nation you play as in the tutorial. This may be what the developers intended to be the definitive way to play, as there is more to this than the other governmental types.

Tribes take several different forms in Imperator Rome, depicting the migratory and settled tribes of the day. Far and away, they make up the majority of the nations depicted on the game map and can be found everywhere from Ireland to India.

Essentially a looser, slightly rowdier version of a monarchy, there are a few quirks to this form of government to keep in mind. Also, as of the time of writing, they are probably the least developed, I would expect DLC or future updates to flesh this out.

The premise here is that power is shared. When your ruler dies, a replacement is chosen from amongst the clans that make up your people, so no straight successions here. Also, enacting new laws require your clan leaders to be loyal, and will reduce their loyalty in the process. This can make for a bit of a balancing act as you seek to develop your government.

In addition to this, soldiers recruited to a character will be loyal to them, and not your leader. This of course massively increases the chances of rebellion and civil war and is something to keep in mind.

Tribes make use of a Centralizations scale, which will affect how much of a penalty you will incur from things like enacting laws. This represents your tribes’ resistance to becoming a more settled and civilized people. Penalties will be severe at first, but as you research technologies and enact laws, this will become less so over time.

Hopefully, that will give you a bit of an overview of the various governmental types available in Imperator Rome. As it is such a deep and complex game, there are many variations of the above and not all cultures will fit these molds. Sparta, for example, is a stratocratic monarchy, which allows for a more focused military style of governance.

For more information about Imperator Rome, be sure to search for Imperator Rome on Twinfinite. We also have news, previews, reviews, features, quizzes and of course, guides on all of your other favorite games as well.