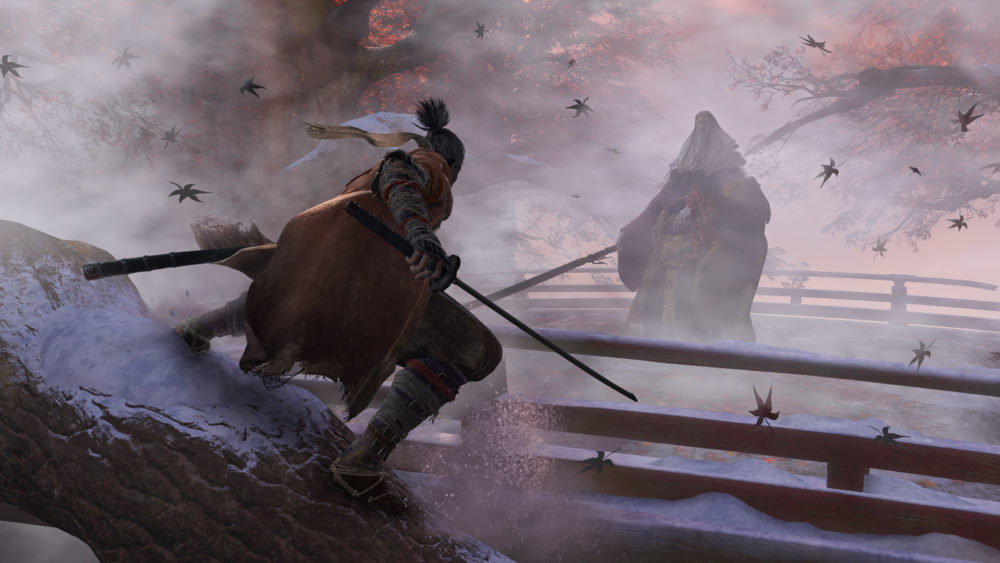 With the launch of Sekiro: Shadows Die Twice, the latest from developer FromSoftware, there has been a lot of scuttlebutt about the difficulty of games on Twitter and other such hives of villainy. It seems like every time a Soulsborne title is released we are doomed to repeat the same tragic cycle, which is ironically a central theme in a lot of these games.

Something about the conversation this time seems different somehow, more important. It could be the political climate, the general state of affairs that we all find ourselves in, the phase of the moon or any number of things. I know one thing for sure, though: the piece that got us all talking this time is exceptionally well written.

Dave Thier over at Forbes published an article titled “‘Sekiro: Shadows Dies Twice’ Needs To Respect Its Players And Add An Easy Mode” on Mar 28, which has caused something of a stir. David is a contributor over at Forbes and several other sites, and I respect his work a lot.

That being said, I respectfully disagree, and I am not the only one. Forbes themselves published a piece by Erik Kain, a senior contributor, titled “No, ‘Sekiro: Shadows Die Twice’ Absolutely Does Not Need An Easy Mode”, which I appreciated.

Difficulty in video games is essential to the medium, and in fact, is part of what makes it so special, so unique. A book doesn’t push back, and you don’t need to learn the mechanics of a movie. There is a reason we colloquially refer to completing games as ”beating” them. And games need to be beaten because except in very specific examples, they aren’t going to do it themselves.

The thing about Sekiro, and about FromSoftwares’s games in general, is that they ask much more from you than just your $60. They ask for your time and your patience, for your frustration and your dedication. They ask that you trust in their vision and that the reward for doing so will be worth your investment.

I think that some of those calling for an easy mode are using accessibility as a straw-man for what is really shorthand for entitlement. Just because you paid the price of entry, it doesn’t mean you are owed a peek behind the curtain. That anyone could boot up anything from this developer in 2019 and expect otherwise is truly surprising to me.

You don’t have to be some MLG bigshot to complete these games or to have 100,000 subscribers on Twitch or YouTube. I consider myself an average gamer in most respects (slightly above average when it comes to the Total War series, if I might be so bold) and I have completed every game in the series, given enough time. It’s a matter of repetition, reading tells and planning for a fight before you pick one. And it’s a matter of getting back up on the horse. In the immortal words of Michael Caine’s Alfred Pennyworth:

Why do we fall, sir? So that we can learn to pick ourselves up.

I truly believe these games are, at best, only slightly more difficult than other AAA titles. Sekiro, and the games that came before it are like a musicians favorite instrument: lovingly crafted and tuned to perfection. As Erik Kain rightfully points out in his rebuttal piece, Sekiro actually begins on easy mode, and there is a way to make things more difficult later in the game. That’s no accident, and the game plays as it does for a reason.

It has also been suggested that adding this mode to the game would take nothing away from players used to the current setting. That’s missing the point by a country mile. The game is the way it is because that is how it was designed to be, and if you find yourself bouncing off of that, then you just aren’t the target audience… And that’s perfectly OK.

I appreciate that for people with disabilities, games of this ilk can be very challenging, and I agree that accessibility options, in that case, make perfect sense. However, I don’t think that is an issue that is unique to Sekiro or the other Soulsborne games, and that gaming, in general, has a long ways to go in that department.

As for the insinuation that adjusting the damage numbers one way or the other is the answer, then I would like to refer you to YouTuber and Redditor, Limitlessquad. The below video was posted just a day after Dave’s piece, Mar 29 in response to those calling for an easy mode, and it has to be seen to be believed. Limitlessquad doesn’t need an easy mode, and neither do you.

Now, I appreciate that not everyone can play at this level of skill. I certainly can’t. But if you study how Limitlessquad plays, he dispels a lot of the misinformation around these games. They don’t require reflexes of steel or lighting fast response time, although that can help. What they really require is grace under pressure and trigger discipline.

To close, some perspective. If Limitlessquad can take down the Corrupted Priest without dodging, inputting every command with only two thumbs, then you don’t need an easy mode. He takes one of the toughest bosses in the game down with steely nerves and expert use of the parry system, and you can too.

The comment section of his video is, to me, the truest representation of the Souls community I have seen in one place. If I could ask one thing of you, the reader, skim through some of the replies. These are the real fans, not the elitists that use these games as some kind of yard-stick. This the truest expression of that most infamous of gaming memes: This is what it means to git gud.

These games aren’t about excluding people, they are about applauding those who refused to bend, or break. There is a comradeship here, and there always has been. In the eyes of Miyazaki-san, we are all just lambs to the slaughter, after all, and we have to stick together.