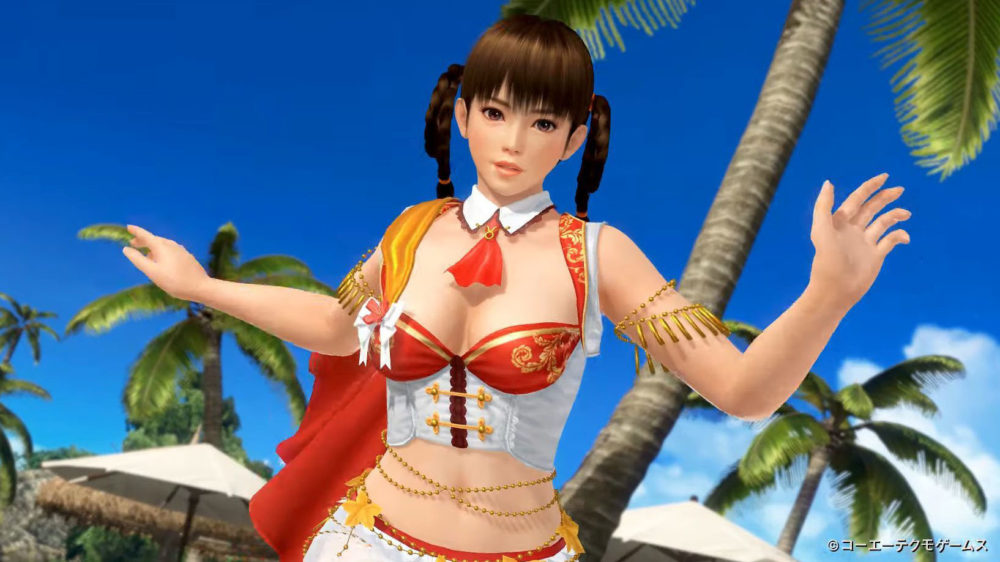 Today is April 23 in Japan, and Koei Tecmo is celebrating the birthday of Dead or Alive fighter Leifang.

Dead or Alive Xtreme: Venus Vacation is telling the popular heroine Happy Birthday in the usual way, with a gacha.

Another thing that doesn’t divert from the usual procedure is that the gacha is paid-only, so you’ll have to pull out the wallet if you want a chance to grab a new SSR costume for Leifang. As a bonus, you get a birthday cake that you can convert in experience points.

You probably won’t be surprised to know that your success chances are as abysmal as usual. You’ll get an SSR result only 1.10% of times, and the chance to get the new costume is only 0.78%, with an additional 0.7% each to get one of four older SSR costumes.

I guess if you have a lot of disposable income or your love for this pixel lady knows no bound, you can give it a try. Personally, my love knows plenty of bounds, so I’m sticking to the free gacha, which this week features Nagisa.

You can check out the trailer of the event below. You’ll notice that it has no specific YouTube gaming listing since Google’s video service opted to make the series less discoverable for… reasons.

Do keep in mind that this is exclusively about the Japanese version of the game. The English version is over a year behind in content and Leifang won’t be implemented for a while.