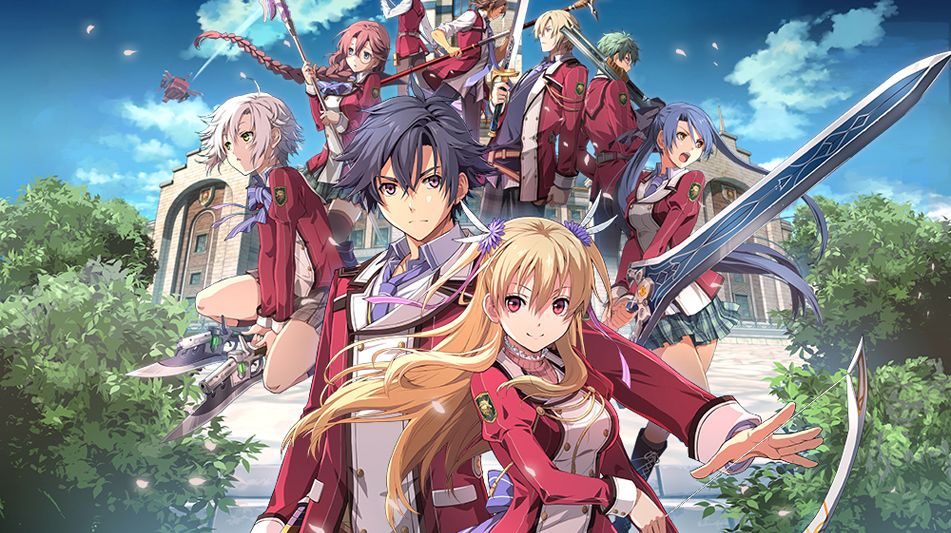 The Legend of Heroes: Trails of Cold Steel on PlayStation 4

The Legend of Heroes: Trails of Cold Steel is generally thought of as a “hidden gem” JRPG, and for good reason. Falcom’s long-running series draws inspiration from other prominent JRPGs, like Persona with this entry, and it ends up being all the better for it. Some definite pacing issues aside, Trails of Cold Steel still feels like one of those hidden gems on PS4; a robust, engrossing RPG that deserves your attention.

Trails of Cold Steel is actually the third subseries in the Trails line of games, preceded by Trails in the Sky and the Trails-Crossbell arc, the latter of which we’ve still never gotten in the West.

Despite being so far in the series, however, you don’t need any prior knowledge to jump right in with Trails of Cold Steel, as it launches a completely separate story arc known as the Erebonia Arc.

First things first, let’s get the new stuff out of the way. The PS4 version of Trails of Cold Steel comes packed with a few different enhancements including updated resolutions and 4K compatibility, a high-speed Turbo Mode option, significantly more English voice acting, and all DLC available from the start.

Turbo Mode, in particular, is an absolute godsend for Trails of Cold Steel, letting you speed things up both while wandering around and during battle.

This feature is pretty much identical to the high-speed option in Final Fantasy XII: The Zodiac Age, and with a game as long as Trails of Cold Steel, it’s incredibly nice to have the option to speed up dungeon exploration or the many battles you engage in.

It’s also nice to have expanded English voice acting, as in the original version many of main character’s lines weren’t voiced at all. Obviously, it’s not something you’ll notice if you’ve never played the game before, but there’s a lot more voice acting now present in the game.

In Trails of Cold Steel, you assume the role of Rean Schwarzer, a young man who’s just enrolled in the Thors Military Academy, a prestigious school in the Erebonian Empire.

Rean and other students end up being roped into a social experiment by the academy, creating a brand new Class VII that puts Nobles and Commoners in the same class, who have always been separated before.

This, obviously, creates conflict initially in Class VII, as certain members constantly butt heads. However, this setup also allows for a lot of character growth, and some fun interactions.

The main cast of characters truly are the heart of Trails of Cold Steel, and there’s a certain camaraderie that develops among the members of Class VII.

Free Days during the story let you explore campus of Thors and the surrounding town, and each free day you get two Link Points to spend on interacting with your classmates.

Spending time with a specific character will increase Rean’s Link Level, which leads to better combination attacks during battle. It’s similar to the social links of Persona games, but simpler. Still, it’s a great way of giving you more story and character interaction, while also providing a reward.

For all intents and purposes, trails of Cold Steel is a slow-burn of a JRPG. The game painstakingly takes time to develop its main cast of characters, introduce its world and lore, and get you acquainted with the current events of Erebonia.

This is, no doubt, due to the fact that the first game is establishing a story that plays out across four different titles.

Despite the plodding pace, however, the world of Cold Steel is entirely engrossing, and one that’s simply a joy to explore. Outside of the school life sections, there’s the Old Schoolhouse dungeon that you explore multiple times, and Class VII travels to other parts of Erebonia on field exercises, letting you explore even more.

Combat, of course, is a huge part of Trails of Cold Steel, and while exploring dungeons or fields you’re going to do plenty of it. The game uses a turn-based combat system that’s built around character placement on the field of battle.

Outside of basic attacks, most moves have an area-of-effect or cone of effect, allowing you to strategically plan out attacks to maximize damage. Instead of attacking, you can choose to move characters around the battlefield, fine-tuning their placement how you see fit.

The interesting things about Trails of Cold Steel’s battle system, is that it randomly applies effects during turns to increase variety. One turn might have a guaranteed critical hit, while another restores a bit of HP to whoever’s turn it is.

All of these effects can apply to you or the enemy, so it’s essential to effectively use character abilities that delay enemy turns, or your own. The aforementioned Link System and Tactical Links come into play as well, letting you link up any two characters.

Hitting enemies with the right attacks has a chance of staggering them, which then opens them up to a Link Attack that can cause massive damage. To add even more complexity you have EP and CP to manage during battle, which govern Artes (magic) and Crafts (skills) respectively.

CP builds as you attack and get attacked, while EP functions as MP would in any other JRPG. All of this compiles into a combat system that’s simple enough to pick up, but has multiple layers of complexity that only grow as you make it further in the game.

One thing I love about Trails of Cold Steel, is how consistently the game tries to reward you. Outside of the multitude of fun character interactions, there are a handful of side quests to undertake while doing main quests.

Side quests each give you a little reward upon completion, but they also award you with more AP at the end of the chapter.

As you build more and more AP throughout the game (by completing side and mains quests, and making the right decisions) you’ll be rewarded constantly. There are a ton of different ranks to reach as you get AP, and each rank will give you a new reward.

Considering Trails of Cold Steel originally released on PS3 and PS Vita it’s certainly not the best-looking JRPG out there, and the game’s textures, in general, can certainly show their age.

The stylized aesthetic of the game means it still looks great, and in particular, Trails of Cold Steel’s world is filled with vibrant colors and nature that really makes its world pop. The PS4 upgrade certainly helps in other areas as well, cutting load times down to virtually nothing.

Despite not being as grandiose as other games in the genre, Trails of Cold Steel has some of the best world building you can find in any JRPG.

It’s a story that isn’t afraid to take its time and let things play out slowly, and even though the pacing can be rough at times, it’s a refreshing thing to see in video games, which are usually so focused on keeping the action and pace at 100 percent. The quality-of-life improvements to the game, like Turbo Mode, help make it that much more digestible.

It’s honestly amazing that it took this long for Trails of Cold Steel to make its way to PS4, and if you missed the game in the past, you have no excuse now.