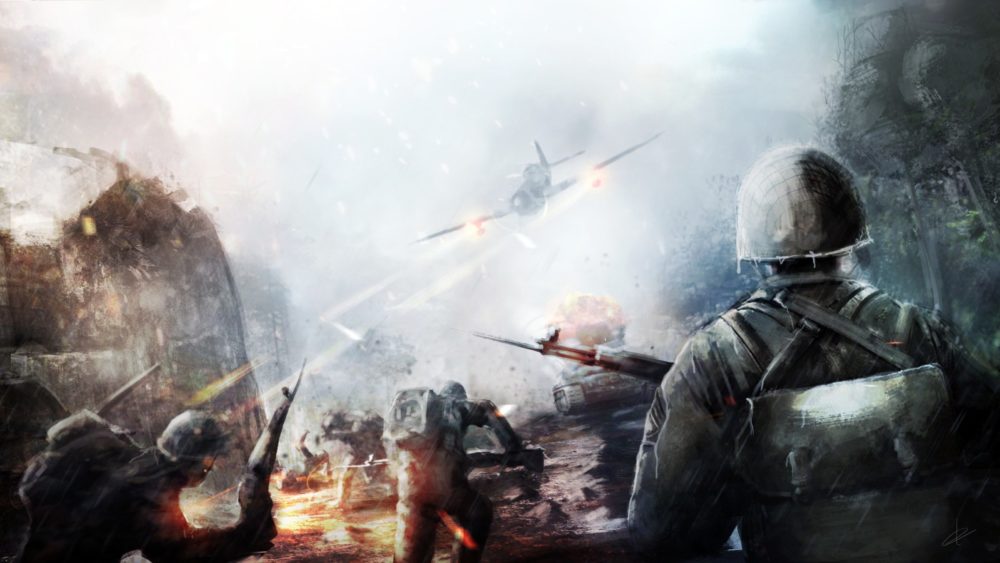 As you might imagine, Battlefield V Firestorm’s Halvoy map is the largest in the series. It’s been specifically designed for battle royale survival games, with urban areas and key landmarks dotted across its roughly 2 mi² area. But which of these is considered the best landing locations in the game? Let’s break it down.

Given that Halvoy has been balanced for battle royale gameplay, don’t expect there to be one or two magical areas that are stacked with the best loot. Rare and Epic weapons/items can be found in any main location on the map, and even in small barns and houses dotted in between.

That said, there are some locations that feature more buildings, so you’ve perhaps got a higher chance of coming across decent weaponry. Also, there are one or two places where you’ll find safes and supply boxes that do typically contain better gear.

Not to mention, there are one or two spots on the map that we highly recommend avoiding because they’re tactically poor places to land.

The Halvoy Dam is a striking location on the map, and it also typically features some decent loot. However, we only recommend this landing zone for squads, because landing in the middle of dam obviously limits your escape routes.

You’ll want buddies to watch your six in this area and possibly make a stand against any enemies that might attack, but otherwise it’s definitely one of the best landing locations in Battlefield V.

Landing right in the middle of the dam you’ll always find a cluster of weaponry on the floor, and usually some syringes/armor too. Once you’ve looted this area, consider going into either of the towers and opening the safes that are normally at the bottom of the stairs.

When you’re ready to move out, transport vehicles can normally be found either on the dam or at its western end.

Another area that’s really only suited for squad play, and only if you’re considering grabbing a vehicle. The Pluto dig site houses one of the coveted vehicle lockups, so there’s a decent chance you could rush this area and grab a tank early on.

You should find plenty of floor loot around here to get you started, too.

This area is a high risk/reward landing location. You’ve got the opportunity to get a tank, but also the danger of being stuck at the bottom of a dig site versus any enemies that are alerted to your movements.

One of our favorite best landing locations for solo mode, the Handsen Farms have a high volume of houses and farm buildings that typically are stocked with loot. You shouldn’t have any issues landing here and finding plenty of weapons.

The best part about the farms is that even when you’re landing with several enemies, there’s so much cover in the area between the buildings and haystacks and surrounding trees that you can get in, grab a weapon, and get out without being seen. Or you can go in and engage if you’re in the mood for an early shoot out.

Minerva Docks – The docks have plenty of cover but seem hardly ever yield any loot. If you find yourself heading toward this area, shoot for the houses to the north of the docks rather than landing anywhere near the docks themselves

Halvdeler – While there are plenty of houses in Halvdeler, it’s a tactically awkward place to land because of the lake and the fact that the town is spread across a number of small islands.

That does it for the best landing location in Battlefield V Firestorm. We’ll be keeping this post updated with vehicle lockup and safe locations over the coming days as we dive deeper into the game.

For more on Firestorm, head over to our extensive wiki page.