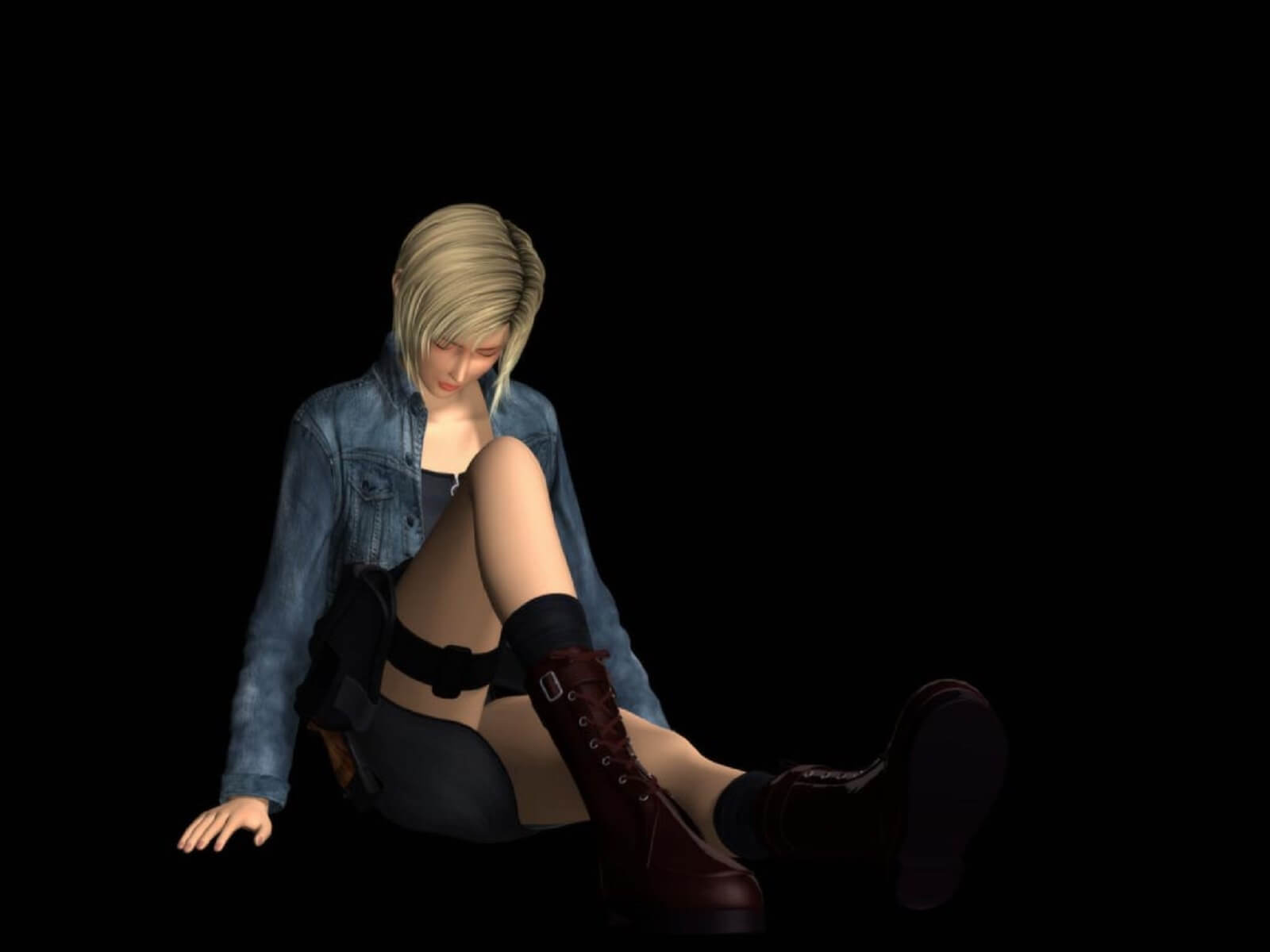 While they might just seem like primitive versions of modern horror titles, they’re not. There was an essence to 90s and early 2000s survival horror games that rarely exits today. Capcom recently rediscovered this essence with its remake of Resident Evil 2 and modernized 90s survival horror in the process.

Parasite Eve, and all of the franchises in this list, also posses that essence– they just need a quality remake to turn them from shambling, meandering zombies into polished, next-gen enjoyment.

In 1998, Parasite Eve was a departure from Squaresoft’s typical fare, and was the studio’s first M-rated title. Released in the midst of Final Fantasy 7 and 8, Parasite Eve brought players a real city (New York) and enemies that were realistically justified down to their very mitochondria.

While dealing with the point-blank threats of animals mutating into horrible abominations or loved ones spontaneously combusting, Parasite Eve (and its sequel) asked players to think about larger issues, too. The value of human life and our assumed spot at the top of the food chain being the main two.

Both gameplay and plot alike reveal how you have some agency in Parasite Eve 1 and 2, but really you’re just along for the somber yet gripping ride. It would be exciting to see Squaresoft’s survival horror foray further embellished with a quality reboot.

The first entry in the Clock Tower series was a point-and-click adventure released exclusively in Japan in 1995. This gameplay style remained for the first three entries, but was dropped for the most recent in 2002.

One of the scariest things about the Clock Tower games is that you’re a “normal” person– meaning you’re flawed, fallible, and haven’t necessarily had extensive weapons training. In fact, weapons are scarce in Clock Tower, and combat isn’t the main device for escaping from the (campy) horror movie antagonist “Scissorman.”

When being chased by this shear-wielding maniac, the player character enters a “Panic Mode”. The controls shift during these events, making you more likely to trip on something or make a mistake that will land you in the killer’s grasp.

The music added to these moments of panic too, as throughout the game, there isn’t exactly “music”, but instead poignant portions of silence and noise.

Clock Tower was developed at the same time as the original Resident Evil, which pushed its creators to build a better game. The result was a release that makes you feel like you’re swept up in an interactive horror movie. It’s time those two franchises had another rematch.

Fatal Frame’s latest release was as recent as 2014, but it’s time to reboot the golden age of this franchise–the PS2 era.

Among other things, what sets this series apart even today, is the sense of reverence that Fatal Frame maintains for the supernatural specters you encounter in the game.

As the player character willingly ventures to a variety of haunted locations, the only defensive tool you possess is your “Camera Obscura”: a special camera that can capture ghosts and pacify them. When using this tool, the gameplay transfers from third to first-person as you look through the mystical lens.

This single “weapon” remains the same throughout the franchise, preventing you from killing and generating an overall sense of respect for the unfortunate beings you meet.

In addition, when you’re not really able to kill anything, and you’re also required to run headlong into the scariness instead of away from it, a new sort of tension is created. This tension is both terrifying and addictive, and is absolutely worthy of a remake that can capture it.

All of this franchise’s eight main releases involve searching for someone lost the mysterious small town of Silent Hill. This town exists in a sort of limbo state somewhere between nightmare and reality, in which all of the game’s player characters are battling demons both literal and figurative. Silent Hill 2 best exemplifies this basic premise of the series.

Released in 2001, Silent Hill 2 follows James Sunderland as he chases a letter from his dead wife to the town where she says he’ll find her. There are six possible endings to this story, and not one of them is what you’d expect.

Hidden within the dream-like fog of Silent Hill are enemies as grotesque as they are unique, along with a host of other sordid topics like torture, suicide, and sexual themes.

Your only protection is the warning of radio static when enemies are nearby, and limited weapons like boards and pipes that you struggle to wield with your lack of skill.

Silent Hill is a place that we all could all end up in, because it’s a town that transforms according to the psyche of its visitors. This is the Silent Hill essence that needs to return, and that’s exactly what we were going to get before Konami canceled it.

Fans and critics loved P.T, the “Playable Teaser” of “Silent Hills” (the since-canceled addition to the franchise). And if that isn’t enough endorsement for a Silent Hill reboot, Hideo Kojima and Guillermo Del Toro will tell you the same thing.

Believe it or not, the soundtrack featuring Sum 41 wasn’t what made Obscure an exciting new survival horror franchise in 2004. Honestly, the gameplay wasn’t the reason either, and neither was the mostly unoriginal story, or the sequel five years later.

What makes the Obscure franchise worthwhile to play and worthy of a reboot is its couch co-op action. It’s rare to see local co-op in Survival horror titles (which is why we’re so excited about the upcoming GTFO).

If done right, having a variety of playable characters to choose from and more players in the game at once multiplies the tension that comes with survival horror gameplay. We’ll take an updated second helping of that any day.

Alone in the Dark

Before it was a box office flop in 2005, the Alone in the Dark franchise originated in 1992 with survival horror gameplay inspired by H.P Lovecraft and H.R. Geiger. However, the best representation of the series came in 2001 with the release of Alone in the Dark: The New Nightmare, a remake of the original game.

Also called Alone in the Dark 4, the hardware advancements of the time allowed for the game’s focus on the battle between dark and light to really shine.

Looking back, however, so much more could be done with today’s technology– Alone in the Dark 4 was able to release on GameBoy Color to favorable reviews!

As with many survival horror titles, dealing with darkness is a key part of the gameplay. Alone in the Dark has you literally battling so-called “Creatures of Darkness” with your flashlight beam and light-producing ammunition.

Aptly named developer “Darkworks” even created a new game engine just to handle the interaction between your 3D flashlight and the 2D pre-rendered backgrounds.

It would be amazing to see this battle between light and dark play out on next-gen hardware. A remake would allow a developer the chance to add new mechanics to make this light/dark duality even more fully realized.

A remake of this 1999 Capcom gem has been demanded by fans for years… but I guess the legendary developer was a little busy working on something else.

In Dino Crisis, there’s been an outbreak of hyper-intelligent dinosaurs (mostly raptors) in a futuristic (“2009”) island laboratory. As a member of the Secret Operation Raid Team, you’re sent in to S.O.R.T. it out.

Directed and produced by Shinji Mikami, the games real-time environments (instead of pre-rendered background like Resident Evil) were ahead of their time. This advancement allowed for the camera to shift throughout gameplay to enhance certain moments.

It may seem obvious that adding dinosaurs to Shinji Mikami’s survival horror formula would only make it more awesome, but it was actually a bit risky at the time.

The similarities to Jurassic Park and Resident Evil are unavoidable, and Dino Crisis risked diluting the impact of Capcom’s hit series.

The quality of the Dino AI, the ingenious interconnected level design, and the attitude of the player character “Regina” were strong enough to elevate the series well past being considered a Resident Evil spin-off.

Sadly, however, the magic of the franchise was lost with the 3rd entry in 2003.