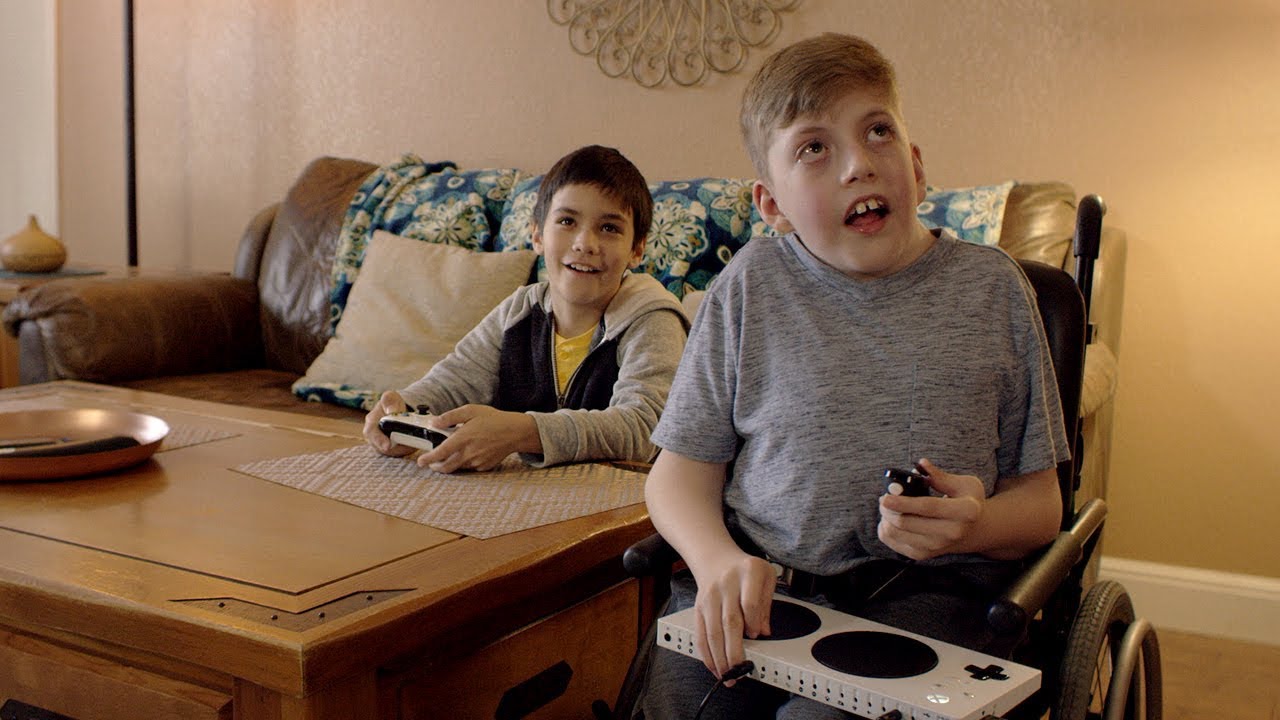 Last night during Super Bowl LIII, Microsoft aired their commercial for the Xbox Adaptive Controller. It showcased testimonials from differently abled children and their parents talking about their shared love for video games, and how the Xbox Adaptive controller allows them to enjoy their favorite hobby.

It was a momentous moment for the gaming industry, highlighting to a massive audience of gamers and non-gamers just how inclusive the industry can be, and how it’s making meaningful contributions to this sensitive space.

Last weekend isn’t the first time video games have held a commercial spot at the Superbowl, of course, but we’ve rarely seen anything that represented the industry like this. It showcased an alternative side to video games, a form of entertainment that’s all too often been portrayed as a negative influence on young children.

It was warming, hopeful, and really highlighted what video games can offer differently abled children that conventional sports cannot.

I particularly enjoyed the commercial’s tagline: When Everybody Plays, We All Win.

The controller itself is designed to support a wide variety of different third-party peripherals to ensure every type of play is possible. It acts as a unifying hub that allows every button of the controller to be remapped to a person’s needs, and since everyone needs something slightly different, it’s incredibly flexible in its design.

Microsoft worked with organizations like AbleGamers, The Cerebral Palsy Foundation, SpecialEffect, Warfighter Engaged, and many other members of the community to build this controller from the ground up.

Advertisements for Super Bowl LIII ran close the $5 million per commercial. Microsoft could have spent that money to bolster its brand with a flashy montage of fresh and exciting games, but they chose to highlight a crucial area of gamers that they are helping.

Sure, the cynic might say that it’s a clever advertising campaign to endear Microsoft as a brand to consumers, but there’s no doubt it’s equally a feel-good moment that the wider industry can participate in celebrating.

How many of the 88 million viewers even knew video games brought this sort of joy to differently abled people? That lives could be improved in such a marked way by a medium that’s often lambasted for being addictive and unhealthy?

No Clip creator Danny O’Dwyer summed it up with a poignant tweet:

Danny wasn’t the only gaming industry member to talk about the positivity of Microsoft on Twitter, The Game Awards creator Geoff Keighley also jumped in to give praise:

Even though 2019 has just begun, I’m confident Microsoft’s Superbowl commercial will be remembered as one of the year’s highlights, as it should be. Let’s hope it’s a springboard for more positivity in multiplayer gaming moving forward and helps to raise awareness for everything good that video games are doing in this space.

More information on the Xbox Adaptive controller can be found here. And you can watch the Microsoft Super Bowl commercial down below.