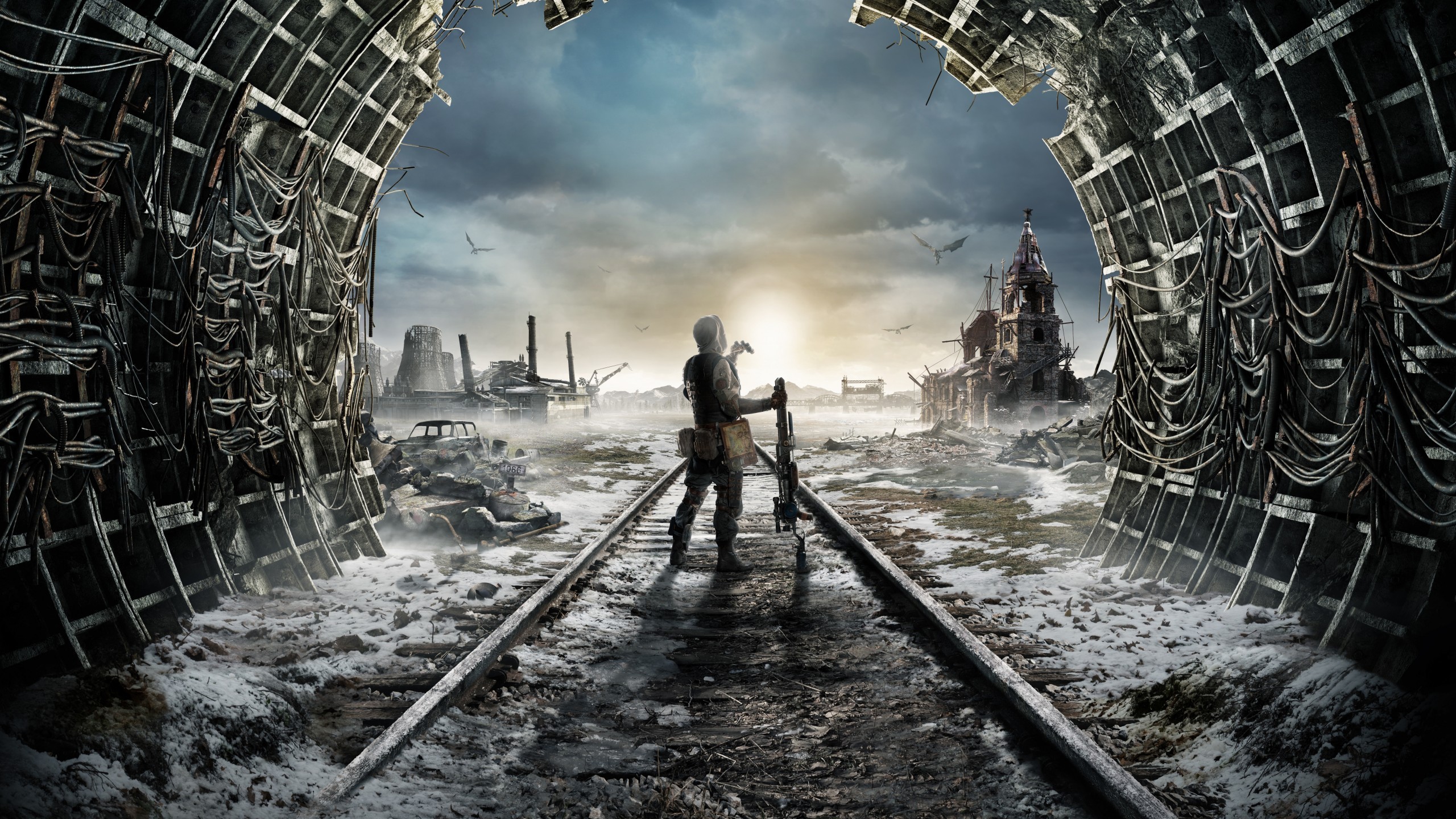 Metro Exodus marks a huge departure for the franchise, both in terms of gameplay and the larger narrative world. Fans, understandably, had concerns about Metro moving out of the tunnels and onto the surface of Russia, and with it, into a more open world experience. Luckily, Exodus almost effortlessly manages to translate the tense, claustrophobic experience of past games into something new.

The Metro series has long been known for its claustrophobic setting of the abandoned subway tunnels beneath Moscow. Facing down monstrous mutants and humans in the dark tunnels was terrifying, and the first two games’ survival mechanics and limited ammo made everything that much more tense.

Now with Metro Exodus, 4A Games has translated those core tenets to the open world areas. Before we go on, it should be said that Exodus does still have a good amount of playtime in linear segments and in Metro tunnels, so that experience isn’t completely gone.

Journeying to the surface definitely changes Metro, but the good news is that 4A Games has managed to boil down exactly what makes the series what it is. Despite being in a more open area, the world of Metro Exodus still feels apocalyptic in every way.

The wreckage of the old world litters the swamps, tundra, and desert that you explore. Small notes that you can find help flesh out the world of the past, and those who’ve lived there since the nuclear apocalypse happened.

It’s unsettling how empty each of Metro Exodus’ locales feel, not empty as in there’s nothing to do, but empty as in devoid of civilization and life. There are pockets of people trying to live in the harsh environment, and you’ll stumble upon them occasionally, just like how you’d come upon a new town while exploring the Metro tunnels in past games.

However, while there are settlements and safe places to rest everywhere you explore is packed with danger. Mutants and creatures wander everywhere, attacking you as you intrude on their territory. Most enemies in the game go down after a few well-placed shots, but by the same token, you take damage quickly as well.

Metro Exodus constantly puts a strain on your supplies, making ammo and crafting materials scarce. This racks up the tension by making you question each and every combat encounter, deciding whether you should try and sneak around, find another route, or simply go in guns blazing.

Choosing the latter can often lead to difficult situations as you find yourself swarmed with enemies that you can’t handle, with little to no ammo remaining. This idea even applies to the sub-objectives you receive in each area, as you have to decide if checking out an abandoned base or a bandit camp might have a good enough payoff to risk it.

All of this creates a fascinating survival element for Metro Exodus, where you’re constantly playing with risk-reward systems. This is exactly what was at the heart of the past two Metro games, as you constantly felt like the game’s worlds were just about to suffocate you.

The big decision you had to make in 2033 and Last Light was whether to use bullets as ammo or money, and although that system isn’t back in Exodus, the balancing act you have to play with crafting materials plays the same role. Only this time, it’s all in the context of an open world game and how much you want to risk in order to explore.

Despite giving you the option to explore expansive areas, Exodus feels like a Metro game through and through. The intense gun battles that only take a few shots, the chaotic but hopeful tone to the story, and the emphasis on survival; all of this makes Exodus a proper successor to the franchise.

It’s not every day you see a series do something entirely new, but still retain everything that made the past games special, and it’s something that Metro Exodus should absolutely be commended for.