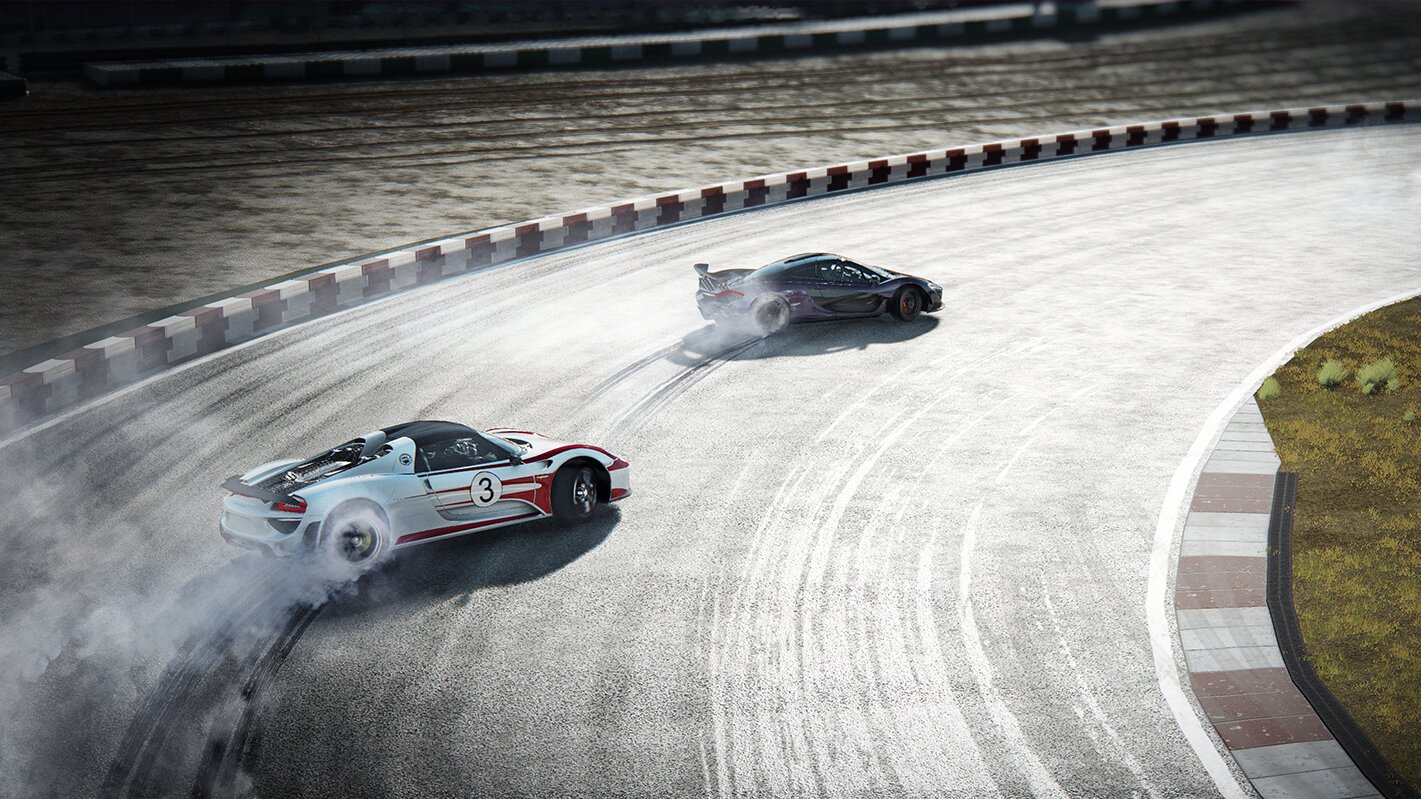 A retailer halving the price of a game a week before its release, then delaying the PS4 version by two days on the morning it’s due to launch is never a good sign, especially when the developer is the Game Studios division of that same retailer.

You’d be forgiven for thinking that The Grand Tour Game is no more than an advertisement for Season 3’s launch on Prime, because in some ways it is.

You’re constantly given the option to watch the show in full, and the first episodes of season one and two are available from launch to whet your appetite. However, The Grand Tour Game’s core idea is actually pretty great.

You’re essentially playing entire episodes. When Jeremy, James, and Richard are talking, you’re watching the show as usual, with a bar filling up at the bottom to show how close you are to the next playable section, even being able to press a button to skip forward a bit, with either May or Clarkson shouting to slow down or speed up.

Then, as the boys get ready to drive in the show itself, the camera swings around the car and you’re off to the races. Aside from a few frame rate niggles, the transitions are pretty seamless.

The races are all recreations of the show’s scenes, complete with the locations, cars used, and the theme of the scenes.

If Hammond is sacred while driving the crazy hybrid McLaren, you need to avoid making him scream by leaving the track. If they’re doing a drag race in the show, that’s what you have to do.

You’re then awarded with medals for how well you do, with there being roughly 15 different playable moments in each episode.

It’s a fun way of watching the shows, with the gaps between playable segments usually being the perfect length and the racing type changing up frequently.

It’s an idea that could be great for other TV shows, or even a way of adding a real story or narrative to other racing titles.

It’s disappointing, but not necessarily a surprise, therefore, that the actual racing gameplay is up there with the worst I’ve ever played.

It’s awful to a level that makes it difficult to play, both in how dislikable it is and how you’re having to fight with the controls at every moment.

There’s about half a second delay in steering, which forces you to attack a corner before you reach it, but it’s so loose once it reacts that holding the left stick for too long results in dramatic oversteer.

You’ll be having to fight the car as it veers from left to right, ignoring many of your inputs.

That’s not an issue in drag races or objective focused scenes, but any competitive or timed event becomes quite tough to win. Never have I played a racing game that feels so awkward.

Losing control of your car only highlights the game’s other issues too. It’s not actually an ugly game, with the locations looking better than those in higher profile racers the like The Crew series.

Camera movement and the physics system are the two other big issues. The camera is so rigid, smashing from left to right and you turn like it’s connected to the end of a metronome.

If the oversteer gets you and you crash into a wall, it’s difficult to know how your car will react. It can be like throwing a bouncy ball at a bath tub, with the car veering off in a random direction, or it could stick to the wall like glue. It’s so inconsistent.

Those issues make struggling with the driving mechanics even worse, as it makes driving a horrible fight against the car and everything around it.

Not looking like Forza Horizon 4, the cars all feeling and sounding the same, and some pop-in are all forgivable issues for a cheap tv show tie-in, but making the core part of the game, the actual driving, so unplayable at times isn’t.

Maybe the season one and two episodes have been rushed to be out in time for the launch of season 3 this Friday and it’ll improve over the next few months as a dozen new episodes are released.

The idea and structure of The Grand Tour Game is excellent and could potentially be used in other TV shows and games going forward, but as it is, it’s one of the worst racing games I’ve ever played.