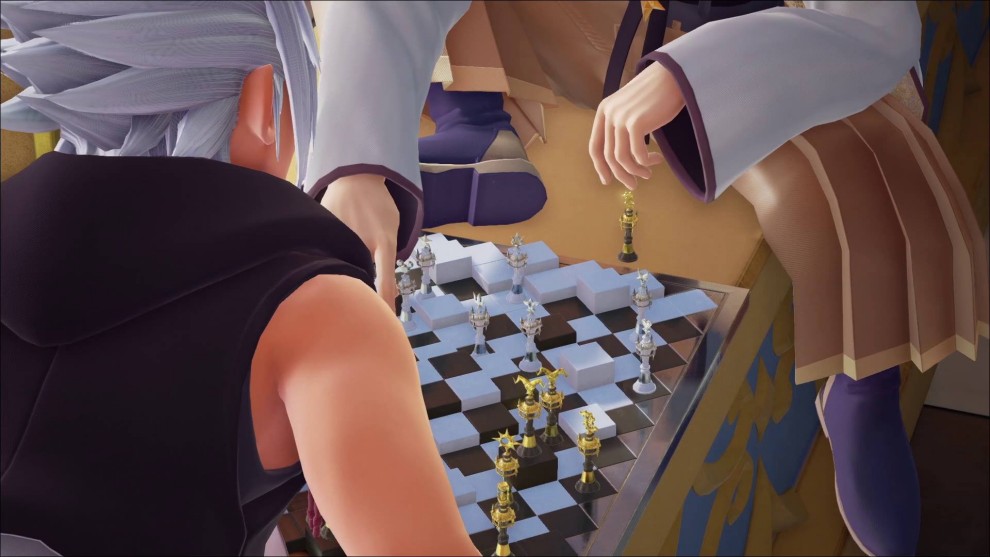 Who the Chess Players Are in Kingdom Hearts 3

The Kingdom Hearts series is pretty dense on backstory and lore, and if you really want to understand everything in Kingdom Hearts 3 you’ll need to do a bit of work, whether that’s playing the games or using something like our handy story recap. With that, you might want to know who the chess players are in Kingdom Hearts 3?

A scene of two young men playing chess is something we saw early on in KH3’s marketing, all the way back to the E3 2015 trailer. Of course, it’s also something featured in the very beginning of the game as well as in the story.

If you’re unfamiliar with the extended Kingdom Hearts story, especially Birth By Sleep, you might be a bit foggy on who these two are.

At the beginning of KH3, the two are discussing the nature of darkness versus light, which in turn, also involves the Seven Guardians of Light.

Eraqus had a bit of a limited role in Birth By Sleep, so it’s nice to see him pop up again in KH3, and shows that the character actually does have an important role.

That’s everything you need to know about who the chess players are in Kingdom Hearts 3. For even more tips, guides, and info, make sure to check out our Kingdom Hearts 3 wiki.

Question: Who are the chess players in Kingdom Hearts 3?

Answer: The two chess players you see in the opening of the game are the young versions of Xehanort, the main villain of the series, and Eraqus, the master who trained Aqua, Ventus, and Terra. The chess match is during a time when they were just students themselves.