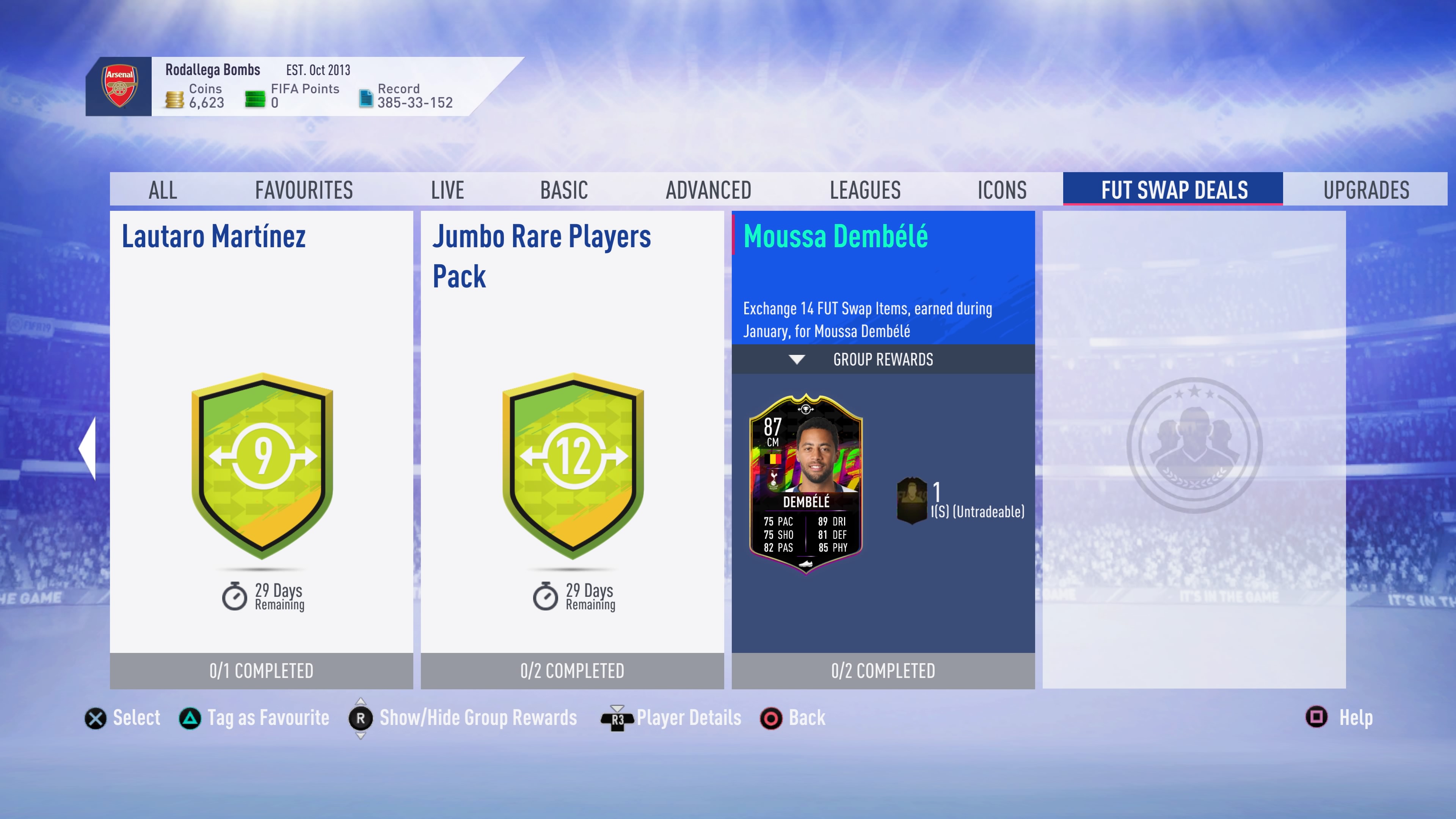 Here’s everything you need to know about how to get FUT Swap items and players in FIFA 19 Ultimate Team for January 2019.

For the most recent FUT Swap items, check out our February guide.

FIFA 19‘s FUTmas celebrations have recently ended but FUT Swap has returned for another month. The last couple of months have been very popular, with the likes of Flashback Pedro and Adam Lallana being available.

The new FUT Swap players for January 2019 have arrived in the game, and it’ll take quite a bit of work to get them.

First of all, here are the six players you are able to unlock from January’s FUT Swap in FIFA 19. They are:

Simply head to the Squad Building Challenges part of FIFA 19, scroll along to FUT Swap Deals, and you’ll see them.

Now for the complicated part of how to get FUT Swap items and players in FIFA 19. Between now and the first week of February, you will be given the chance to earn 14 FUT Swap Items.

They will be special versions of players that you can either keep (not that you’d want to) or exchange in the FUT Swap player SBCs.

They will be offered in a variety of ways throughout the mode, such as Weekly Objectives, Squad Battles, and SBCs. Below is a rundown of everything you need to do to get the 14 FUT Swap items and players for January 2019.

The process was simplified for November, with Daily Objectives not being used for getting players. Hopefully that’s the case again for this month.

We will continue to update this list over the next few weeks, so that you know everything about how to get FUT Swap items and players in FIFA 19 in December 2018. Be sure to keep checking back for more info.

Question: How do you get FIFA 19 FUT Swap Items and Players for January 2019?

Answer: You need to complete the objectives, complete SBCs, and play Squad Battles to earn FUT Swap items throughout the month. You then input them into the Squad Building Challenges for the player you want.