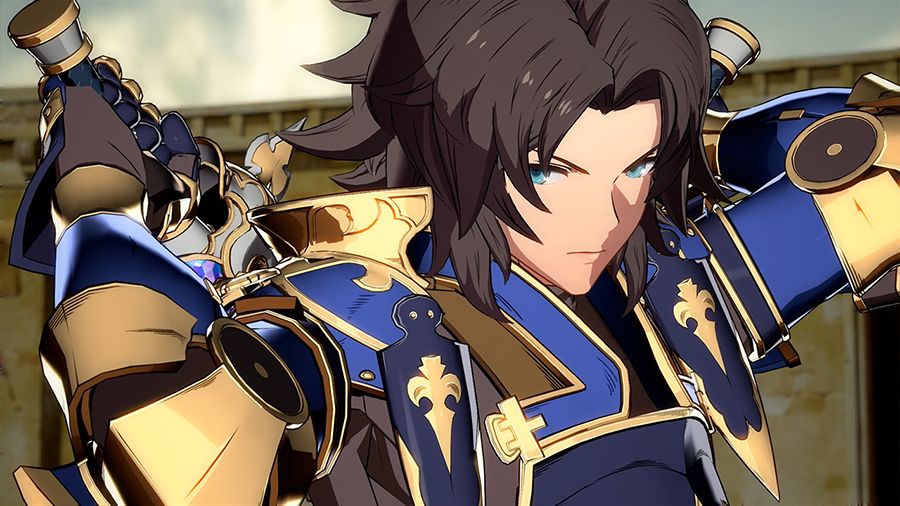 Following the reveals of Granblue Fantasy Relink and Gramblue Fantasy Versus, Famitsu interviewed Game Director Tetsuya Fukuhara on several aspects of the two games, and he provided a ton of additional information on what we can expect.

We learn that one of the reasons for developing Granblue Fantasy games for consoles is that Cygames wants to contribute to energizing the gaming industry as a whole. It’s the biggest IP for the publisher, and they feel that it has a high affinity with home consoles.

While both games are being developed in cooperation with other studios (PlatinumGames and Arc System Works), Fukuhara-san supervises everything as the Director. He is leaving ample freedom to each studio on the gameplay because that’s where they excel, but he makes sure that art direction, music, and similar elements are fitting to the series so that it always feels like Granblue.

Speaking of Granblue Fantasy Versus, the reasons for engaging in creating a fighting game lays in Cygames’ dedication to developing eSport, and fighting games are a primary player in that field. On top of that, it will expose the series to new players.

While the decision was taken above Fukuhara-san’s paygrade the primary reason for the selection of Arc System Work as a developer is that the art style of BlazeBlue and Guilty Gear was seen as very compatible with Granblue Fantasy.

While the characters weren’t created with 3D in mind, Fukuhara-san was moved when he finally saw them on the screen. Funnily, he realized that maybe the original design was too complex, as there are many belts and elements with unreasonable shapes and mysterious functions. If Granblue Fantasy had been a 3D project from the beginning, things would have probably been different. However, Fukuhara-san feels that the final result is impressive.

While he is a veteran Guilty Gear player and he enjoys games with combos, Granblue Fantasy Versus won’t be based on combos. There will be many players who have only played mobile games and won’t be familiar with fighting games, and the team wants the game to be accessible. That’s why all abilities can be performed with a single button press. The intent is also to expand the player base of fighting games.

That being said, the game is still being developed with tactical depth in mind so that it’s enjoyable for veterans as well. Cygames is letting Arc System Works use its expertise in that area, so players can have high expectations.

One of the issues of eSport is that spectators often don’t understand what’s happening, so the idea is to create a game that is easy to follow and play with moderate speed and combos that are as simple as possible.

Abilities and Charge Attacks from the original game are included in Granblue Fantasy Versus, so Lancelot has both Blade Impulse and Weiss Fluegel. There are many Granblue players working in Arc System Works’ team, so they have good knowledge of the story and systems.

There are also abilities that aren’t specifically attacks like Gram’s Rage that increases his attack power and Catalina’s Light Wall that improves her armor opening up for counters. There are effects like Triple Attacks, HP Recovery, and Elemental Attack Up.

Characters that have been announced so far have a pretty standard fighting gameplay, but in the future, more characters will be revealed which have more peculiar ways of fighting. On top of that, releasing characters as DLC is popular nowadays and it’s very compatible with Granblue Fantasy [Editor’s Note: Since Granblue is originally a gacha game, it has pretty much a gazillion characters, even if you count just the popular ones], so that’s something Cygames wants to pursue.

Since Gram is supposed to be a flexible character in the original mobile game, he follows the approach of the anime series in Versus. There won’t be class changes, but he fights together with Lyria and Vyrn, so he can summon Primal Beasts and more.

Since players have high expectations for a Granblue Fantasy game the team is putting a considerable effort in developing Versus. It will feature an original story that first-timers can enjoy, but certain scenarios and elements of the of the main games will be playable. As for online gameplay, ranked and unranked are planned.

Cygames is also considering an arcade version, but Fukuhara-san doesn’t yet know if it’ll happen. Yet, both the publisher and Arc System Works have the desire to see the game played in arcades. Development progress is roughly at 60% with the basics almost finished and all the necessary projects and assets almost in place. At this point, it’s mostly about improving the quality.

If you want to read more, you can also enjoy plenty of new details on Granblue Fantasy Relink.