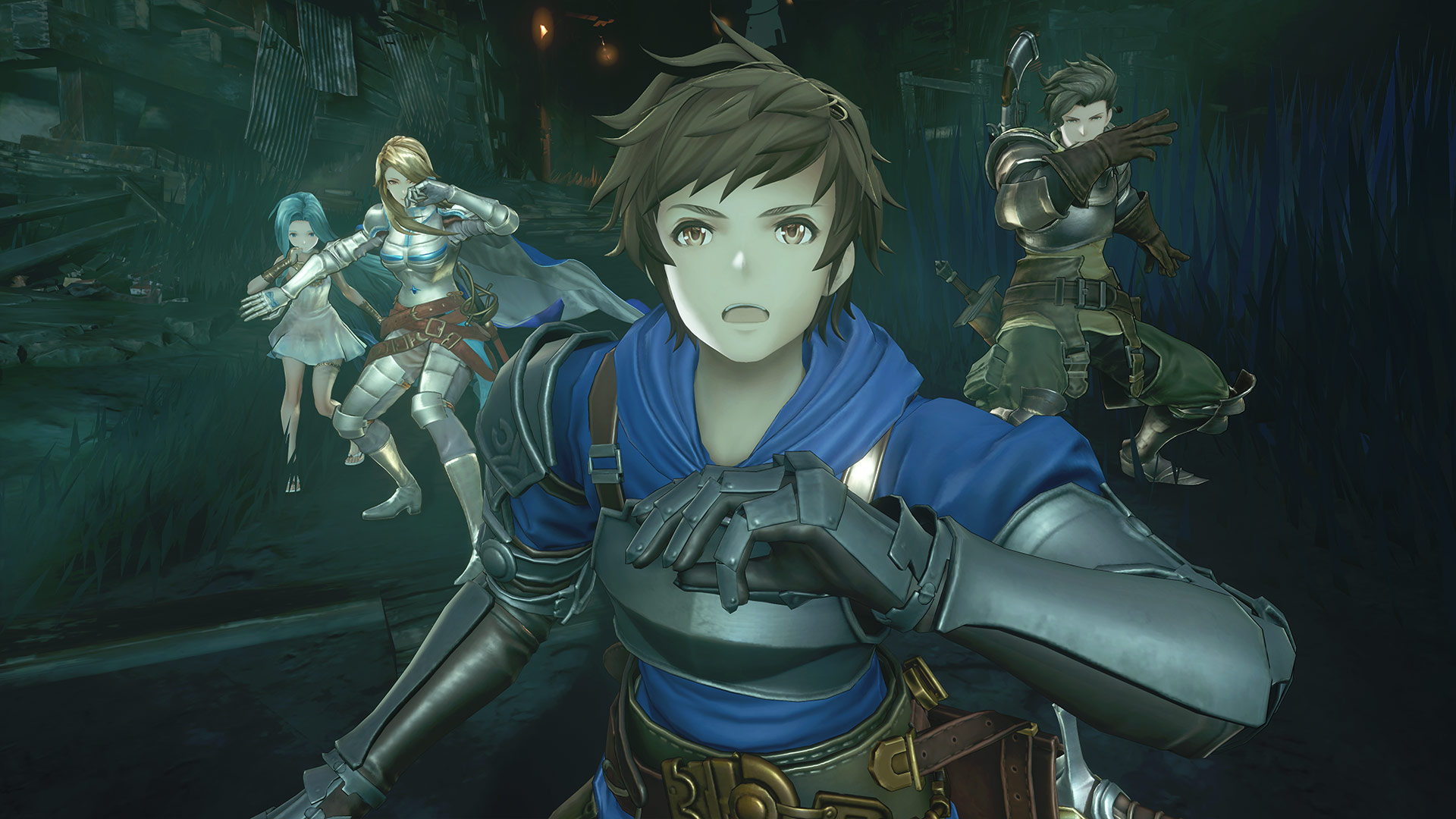 Following the reveals of Granblue Fantasy Relink and Gramblue Fantasy Versus, Famitsu published an interview with Game Director Tetsuya Fukuhara on several aspects of the two games, and he provided a lot of interesting details on what we can expect.

Speaking of Relink, Fukuhara-san explained that knowledge of the original mobile game’s story is not necessary, so newcomers can easily enjoy the story. You won’t have any issue if you at least know that the story is set in the sky.

While the main story and background are akin to the original main scenario, there will be a foray in the main scenario that is being implemented this month on mobile. That being said, there will be surprises even for those who have played the game on mobile, even if Fukuhara-san can’t talk about it in detail yet.

We learn that the thing hanging from Vyrn’s neck in the  artwork is a communication device. Party members that are far away from each other can communicate via Vyrn.

There will be plenty of new Primal Beasts, and known friends and enemies will appear in the story in various circumstances. Many new characters will also appear. Cygames is also seriously considering bringing those new characters to the original mobile game. The way they’re envisioning it is that the two games will promote each other as different ways to enjoy the same story.

The gameplay loop will involve traversing areas to reach their bosses while progressing in the story. That being said, the area showcased in the new gameplay was pretty linear to make it easy to understand, the actual game includes many locations like vast grasslands and snowy mountains, so there will be an element of exploration featured in subquests.

Although the final number of playable characters can’t be revealed just yet, Fukuhara-san brings up the fact that in PlatinumGames’ Bayonetta every weapon provides different gameplay and moves, so if you count each weapon as a character, there will be a lot of different gameplay approaches.

Speaking of multiplayer, progressing in the game and fulfilling different conditions will progressively unlock different characters. In 4-player co-op you can select the character you want among those you unlocked. Players can use the same characters if they want, so, for instance, you could have four Katalina on the screen.

Multiplayer can be enjoyed after clearing the main story in order to complete a difficult quest with everyone’s help, but it’s also possible to just do easier quests before finishing the main story.

Development progress is pretty much the same as Versus (roughly 60%) but since Relink is a bigger game, Versus will be released first in consideration of the volume of work that still remains to be done.

If you want to read more, you can also enjoy plenty of new details on Granblue Fantasy Versus.