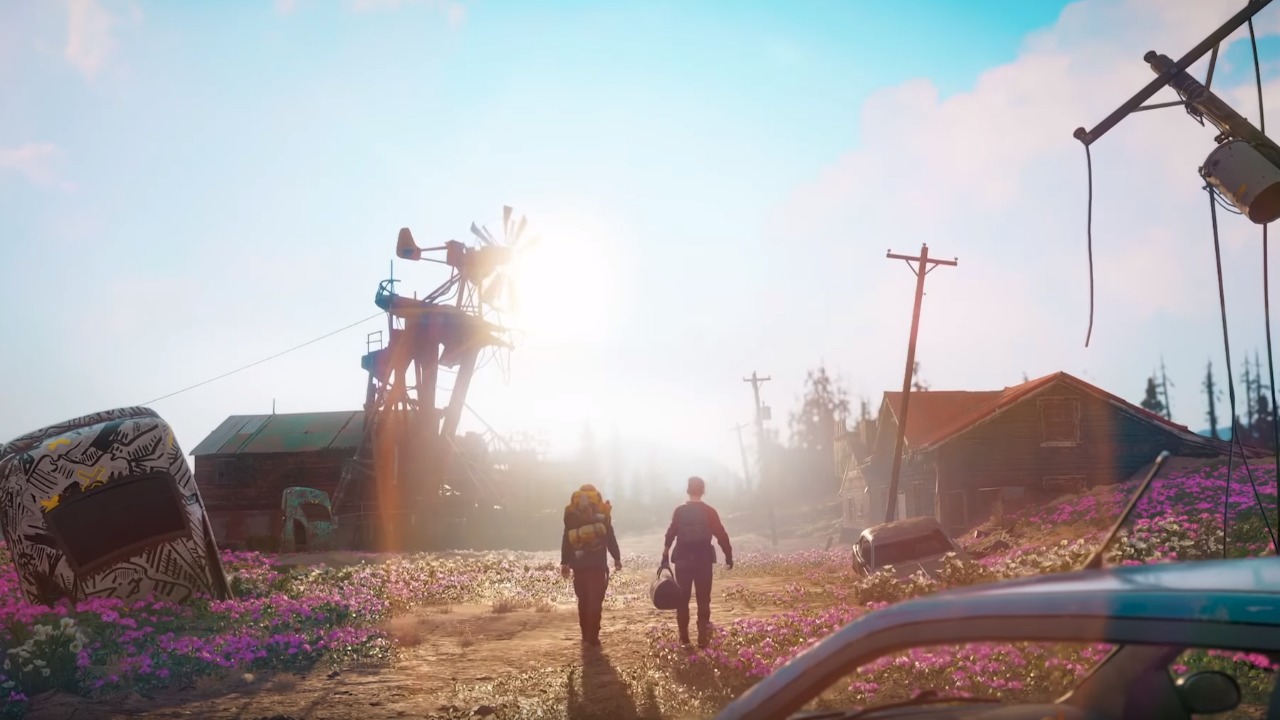 Obligatory spoiler warning: we’re gonna be talking briefly about the endings to Far Cry 5, so turn back if you haven’t played the game and don’t want to be spoiled.

One of the main surprises at this year’s The Game Awards was Ubisoft’s announcement of a brand new Far Cry game coming early next year. We are, of course, talking about Far Cry: New Dawn, which features a story set in a post-apocalyptic Hope County.

Hope County has proven to be a great setting for Far Cry 5, and while we weren’t exactly impressed with the way the game handled the PEGGIES, it was still a rather delightful locale to romp through and free outposts in. Naturally, we’re excited to be returning to Hope County. What’s more interesting, however, is the fact that Far Cry: New Dawn seems to take place after the true ending of Far Cry 5.

You know the one. Yeah, the one where you defeat the Father, and then a nuke randomly drops on Hope County and everything explodes, and in the end, only you and Joseph are left in Dutch’s bunker. Roll credits. What a horrible ending.

At the end of New Dawn’s teaser trailer, we also got a glimpse of the Father himself, who apparently has survived the nuclear fallout and will be making an appearance in this new game. Now, we don’t know when exactly New Dawn takes place. It could be a few months after Far Cry 5’s ending, or it could be years. But Joseph making a reappearance in this game is an exciting prospect. Far Cry 5’s true ending left so many questions unanswered. Well, actually just two big questions: what the hell happened to the deputy, and what the hell happened to Hope County?

While Far Cry: New Dawn seems to be focusing on two entirely new antagonists we haven’t seen before, it also has the potential to provide proper answers to these questions, and deliver some form of closure for players who weren’t entirely happy with how Far Cry 5 ended.

Of course, we’re not expecting New Dawn to provide an open-and-shut answer for all the questions we have. After all, Ubisoft did mention that this was going to be a standalone sequel, which means you can probably hop into this new game and enjoy it without having played Far Cry 5. Still, considering how poorly handled Far Cry 5’s ending was, I can’t help but be a little thrilled by the idea of finally getting some closure to that whole Hope County saga.

Far Cry 5 is easily one of the best shooter/adventure games of 2018 that was only let down by its final act. It certainly sucks that Ubisoft is taking a whole year to shed some light on that game’s final moments, but at least we’re getting something. Whether or not Far Cry: New Dawn actually delivers on that front remains to be seen, and we’re keeping our fingers crossed for this one.