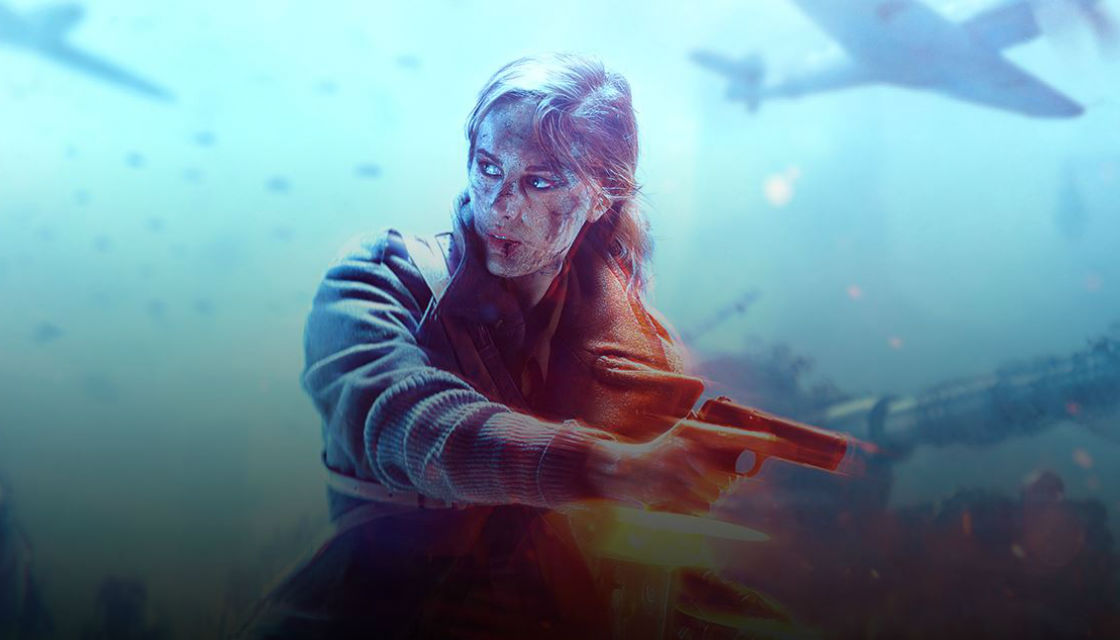 Battlefield V are you OK? I’m a little worried about you. Sure, I didn’t think you were as strong out the gate as Battlefield 1, and your War Stories were also kind of lame in comparison. But still, the core experience was typically solid and certainly entertaining… I can’t believe you’re actually looking like one of 2018’s flops.

Certainly, the last few weeks since the game formally launched have been a little concerning. User reception has been overwhelmingly negative (even by usually low Metacritic standards), and perhaps most worryingly, it keeps going on sale. Games that are doing well, after all, usually don’t need to go on sale constantly just weeks after launch.

The first sale, maybe, is explainable. For Black Friday, Battlefield V was on sale for 50% at Target. It is not uncommon at all for games to go on sale for Black Friday, but half-off literally days separated from its worldwide launch? That is a bit out of the ordinary. Its main competitor, Call of Duty: Black Ops 4, didn’t receive nearly as deep a discount and was out for over a month already.

You could write that off as just being unique timing, with Black Friday falling so close after launch. However, not long after the Black Friday sale, Eurogamer reported that Battlefield V physical sales were down more than half compared to Battlefield 1. And now as of yesterday, Battlefield V is on sale again.

This time the sale is directed at series veterans. If you own Battlefield 1 or Battlefield 4 you can purchase Battlefield V for 50% off.

It seems obvious now given the conditions, and the various reports about the game’s sales, that veterans of the series are not jumping over as quickly to the latest game as EA & DICE would like.

I can’t really blame fans though for not diving right in. In my review, I noted that while the game is fun, it’s lacking content compared to Battlefield 1.

It’s essentially the same game, with a WW2 hat on, that lacks the years worth of content that was added to Battlefield 1 since its launch. If you’re still enjoying Battlefield 1, there really isn’t a good reason right now to immediately jump ship.

Plus, if your main reason for being excited about the game was trying its new battle royale mode, Firestorm, there’s no reason to get Battlefield V any time soon either. Unlike Black Ops 4 which had Blackout ready to go at launch (and is quite good), Battlefield fans will need to wait until next year.

It’s baffling that EA and DICE would choose to release Battlefield V in a state that is noticeably barebones compared to the last game and is missing new, core modes that would have justified people grabbing it in spite of that.

And for those that did early adopt, I have to imagine it really sucks to see two 50% off sales in less than a month. Justifiably so, people are pretty pissed on some of the game’s subreddit. I certainly would be too if I were in their shoes.

While games like Battlefield V tend to have a long tail when it comes to sales, by the time Firestorm finally rolls out, a negative public perception about the game (fair or not) may already be locked in and it might be too little too late to ever catch up to where EA and DICE expected it to be.

Then there is the pink elephant in the room: the controversy over the inclusion of women in the game’s War Story mode.

I might be taking crazy pills, but I’m actually starting to believe that at least part of the reason for the low sales might be because of that controversy.

It seems unfathomable to me that people would actually not buy a game, which has never been realistic by the way, just because they don’t like DICE’s interpretation of the events of WWII.

If Battlefield was known for its hyper-realism, and suddenly they decided to play fast and loose with history, I could understand it more, but that’s certainly not the case here. Yet, to this day there are still people complaining about it.

That might mean absolutely nothing I’ll fully admit that, but I would have thought this would have died out by now too, and it hasn’t yet.

Whether the reason, Battlefield V is off to a really rough start. A start that really isn’t warranted. It’s a flawed but still decent game that’s releasing off the heels of a highly regarded predecessor and has a large base of loyal fans to back it up.

It’s baffling, but something is clearly wrong. As someone who was looking forward to both Firestorm and years worth of Grand Operation campaigns, I hope that EA & DICE can find a way to properly quell the unrest. That way, they can finally climb out of this pit of negativity surrounding the game, and shift the focus back onto promoting and growing the game.