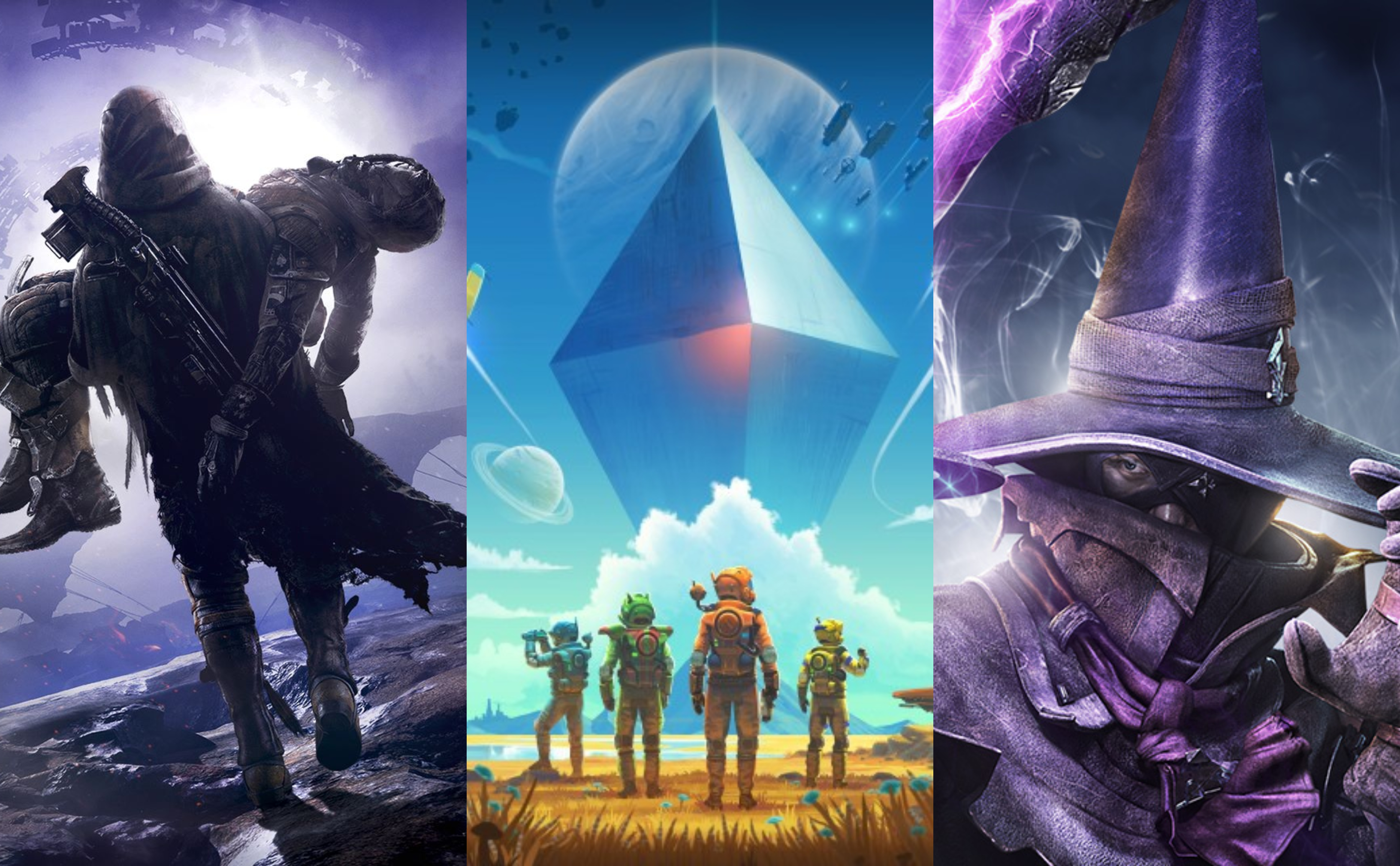 It’s award season at Twinfinite! Here we’re taking a look back at the games that have received the best ongoing support throughout 2018. Voted on by our editors, these titles have consistently exceeded our expectations by continually launching new and exciting content that made them irresistible to not pick back up.

Editor-in-Chief Ed McGlone: Ultimately, the success Destiny 2 enjoyed at launch was only skin deep, and it didn’t take long for gamers to tire of the content moving into 2018. The game might have been dead  –like, actually dead– if it wasn’t for the effort that went into improving the game through both free and paid support this year.

Destiny 2 needed to turn things and fast in order to put themselves in position to see their second, and eventually third, birthdays in one piece. High-quality support needed to come via Bungie, and thankfully, the developer absolutely delivered this year.

After the disappointment which was Curse of Osiris in late 2017, Bungie got their act together. Over the course of 2018, leading up to the release of the Warmind expansion, Bungie started ripping off what wasn’t working and replacing it.

Exotics were overhauled to be more fun to use, and more exotic quests and other secrets (which Destiny players live for) were peppered into the experience. Crucible, too, got a much-needed overhaul, and by the time Forsaken came out and changed the game, Destiny was already starting to look way better.

So while Forsaken was definitely the moment where the transformation became complete, there was a whole year’s worth of effort that took place before that to set Forsaken up for success. And it’s not over: The Black Armory comes out this week, and we’ll get a taste whether that level of high-quality support will continue into 2019.

Reporter Greysun Morales: Looking at the fact that Splatoon 2 has been out for almost a year and a half, the on-going support the multiplayer shooter has received has been nothing short of phenomenal. Nintendo continues to bring players, including myself, back to the ink-tastic and addicting multiplayer month after month with the heated Splatfests, new weapons, and themed-events to keep the game fresh and exciting.

Even though the main game had a somewhat lacking campaign for single-player content, Nintendo fixed that right up this year with an expansive content pack that gave Splatoon 2 users a run for their money. For only $20, the Octo Expansion added over 80 challenging missions, which in combination with the base game’s offerings, kept Splatoon 2’s content filled to the brim. Long may it continue!

Editor-in-Chief Ed McGlone: Keeping a player’s interest for a whole year, with no expansions or paid-DLC, is difficult. I mean, I’m not a developer, but I know that there are not many games that I started playing at the start of 2018, that I’m still playing now. There’s a lot to compete with.

Since A Realm Reborn, Final Fantasy XIV has stuck to a near clockwork schedule of both free and paid content. The relaunch was great, but without the consistent, high-quality ongoing support, it likely would have faded back into the pack instead of occupying a spot of the most popular MMORPGs on the market.

This year, there hasn’t been a drop off at all in the quality of the dungeons, raids, and other regular content that players have come to expect. The story, which is marching us closer to the inevitable clash with the Garlean Empire has been superb, as always.

And, although controversial, the development team has at least tried to do something new with its Eureka content. While it’s not for everyone, Final Fantasy XI diehards like myself that wanted something that encouraged actual human interaction more, are enjoying themselves at least.

Looking forward to 2019, don’t expect to FFXIV to slow down. They’ll be kicking their expansion year right off with a brand new job.

Guides Editor Chris Jecks: You’re probably sick of hearing about Fortnite by this point. It’s pretty much non-stop been a part of the conversation within the video games industry for the past 15 months or so now, and it’s continued dominance of the battle royale genre is a sign of just how exceptionally Epic Games’ ongoing support for the title has been.

While the major changes are the ones that often make the headlines, such as the events that tend to see some sort of major adjustment to the map or bridge the themes of two seasons together, Epic Games has consistently pushed out content updates and balance tweaks week-in-week-out to provide the most enjoyable experience.

Each and every season that’s come and gone in Fortnite has brought with it substantial tweaks and changes. From the in-game events that see players flocking into matches to sit and watch whatever insane antics are about to go down rather than killing one another, to the introduction of vehicles, the many different buffs and nerfs to shotguns and SMGs, and frequent sets of new weekly and limited time challenges to keep players grinding out tiers in their Battle Pass, Epic hasn’t put the brakes on supporting Fortnite to blossom into the battle royale juggernaut that sees 200 million players flocking onto its servers.

And that’s all without mentioning the never-ending stream of cosmetic items that hit the Item Shop each and every week that not only allow players to find a skin that matches their personality but helps to flesh out this wild and wacky universe even further.

Fortnite may not have been the first battle royale title to really make waves, but thanks to Epic Games’ exceptional ongoing support, it’s become the one to beat, and by a significant margin, too. I can’t stop playing Fortnite, and that’s something we don’t intend to change in 2019.

Features Editor Alex Gibson: The scandal that was No Man’s Sky’s controversial 2016 launch will forever be a talking point in video game history. But thanks to the tireless effort and determination of Sean Murray’s team at Hello Games, it will now equally be remembered as one of the greatest comebacks we’ve ever seen in the medium.

Next, the title of No Man’s Sky’s third and most expansive free update yet completely transformed the gaming experience earlier this year. It introduced the anticipated multiplayer players had so desperately wanted at launch, while also tweaking various mechanics and making yet more improvements to its vibrant aesthetic.

The excitement that followed saw hundreds of thousands of players either return to the game or join in for the very first time, and they weren’t disappointed in what they found. No Man’s Sky now commands a substantial community of players, speaking to the quality of the improved gameplay and variety of content.

The Abyss update, and more recently Visions, has added even further depth to the experience, allowing players to traverse vast and diverse aquatic environments across thousands of planets. The almost unfathomable scale of Sean Murray’s original vision for the game is slowly but surely becoming a reality, which is something nobody could ever have predicted.

There’s no doubt in our minds that No Man’s Sky deserves the award for the best ongoing support in 2018 and we can’t wait to see where Hello Games takes it next.