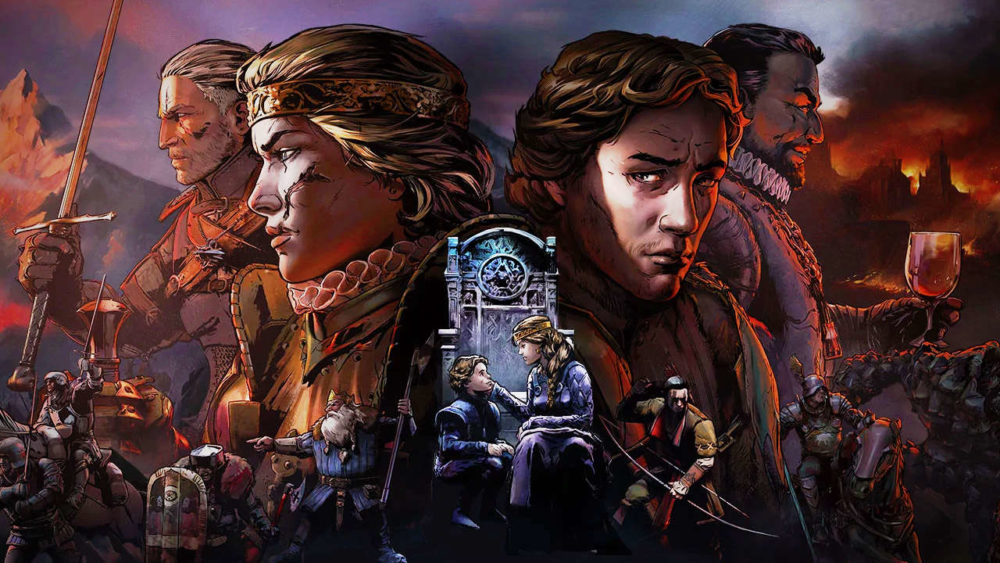 With The Witcher 3: Wild Hunt, a niche RPG series suddenly hit the mainstream and became a breakaway hit. Suddenly scores of fans started learning more about the series, and its origins from the Polish fantasy book series by Andrzej Sapkowski. Thronebreaker brings another adventure in the world of The Witcher to games, but this time it feels like a culmination of the books and the games, and should appeal to fans of either.

The game revolves around Meve, Queen of both Lyria and Rivia, as she tries to stave off the Nilfgaard invasion and contend with traitorous elements within her own countries. Meve is a little-known character in The Witcher series, only mentioned in a few brief lines in the games, and appearing briefly in the novel Baptism of Fire. That’s what makes her such a phenomenal choice to explore, and the way Thronebreaker plays her story out feels as much like a product of the books as it does of the games.

Thronebreaker has you controlling Meve on a map, moving her around while collecting resources, talking to NPCs, and partaking in battles in a Gwent card game style. Most of the game plays out like an interactive storybook, with the entire tale being told to you through a storyteller, set up during the intro. When I say Thronebreaker has a lot of text, I mean it. The game throws tons of story at you constantly, whether it be small, self-contained tales that happen in villages and caves, or the sweeping main story filled with political intrigue and war.

The game’s story is supported by lavish writing read by the narrator, and dialogue from characters. Along the way, you’re making tons of choices, many of which put you in a moral quandary. These are things like choosing whether to hang deserters who’ve lost faith in your cause after weeks of hard traveling and losses, or choosing to be merciful and spare them.

In Witcher fashion, these choices can sometimes have big effects on the overall story and, particularly, the group of characters that travel with Meve. What an eclectic cast of characters they are too. Just like Geralt’s band of friends in both the books and games, Meve’s army is made up of a ragtag bunch of warriors and fighters. There’s the devious Gnome inventor Barnabas, the wily bandit Gascon, the stout dwarf Gabor, and more.

Along your journey you’re able to learn more about your companions by talking to them in the Mess Tent, and having certain companions with you will, at times, open up new choices and options during gameplay.

The interactive book presentation is something that should appeal right to fans of the Witcher books, and everything is supported by gorgeous art and another stunning soundtrack from Marcin Przybyłowicz. At the same time, however, the overall art style and aesthetic falls right in line with CD Projekt’s game series, making it immediately accessible to players of The Witcher 3 and its previous games. If you’ve played any Witcher games you’ll recognize Drowners, Nekkers, and other beasts, as well as a few familiar faces like King Demavend or Dandelion.

Thronebreaker is also rife with references to both the books and the games, but it’s not necessary to even have read or played either. A sidequest lets you meet the bride of Geralt’s friend Zoltan Chivay, and even help her get permission for the wedding, a plot point brought up in The Witcher 2. At one point you’ll run into Cahir Mawr Dyffryn aep Ceallach, a major character in the books who doesn’t appear in the games. These references are mostly small and unassuming, not interfering with the main story in any way, but they’re there for fans to pick up on.

While the other Witcher games definitely had references to the books, they very much felt like their own thing, and many fans of the games were only turned onto the book series after playing. Thronebreaker feels like CD Projekt Red bridging that gap, really coming into their own at exploring the universe of The Witcher.

It’s a gripping story that feels inherently Witcher-y, both in line with CD Projekt’s style and the tone of the books. However, it’s built in a way that means anyone can pick up the game, no matter what level of experience they have with either the books or the games. There’s so much Thronebreaker does right and it absolutely shows that CD Projekt Red shouldn’t be done with The Witcher series just yet, even with Cyberpunk 2077 on their docket.