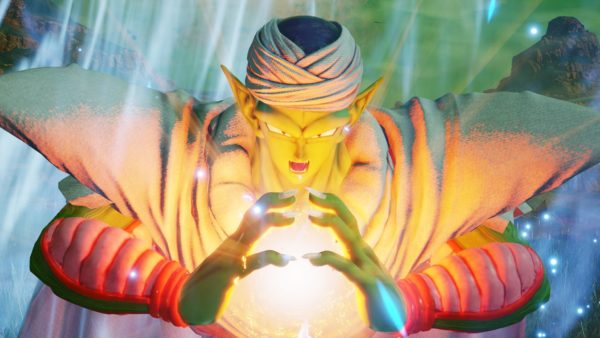 Considering the popularity of Piccolo among fans of the Dragon Ball franchise, his inclusion in the roster was pretty much a given. Cell is also sure to be a popular choice, so we can’t exactly call ourselves shocked.

You can check out both fighters in the gallery of new screenshots below. If you want to see more, you can enjoy a trailer showcasing Super Saiyan Blue Goku, one introducing Kenshiro and Ryo Saeba, and a third showcasing the popular Saint Seiya characters.

If you’re unfamiliar with Jump Force, it’s an upcoming crossover fighting action game created to celebrate the fiftieth anniversary of the ultra-popular Japanese manga magazine Shounen Jump, which is basically a weekly brick of paper that has provided local young fans with fighting-focused entertainment for the longest time.

Jump Force brings some of the most popular characters appeared in the magazine together in the real world, with a brand new visual style fitting the setting. While it’s published by Bandai Namco, it’s actually developed by a team at Spike Chunsoft.

The game will be released for PS4, Xbox One, and PC on February 15th.