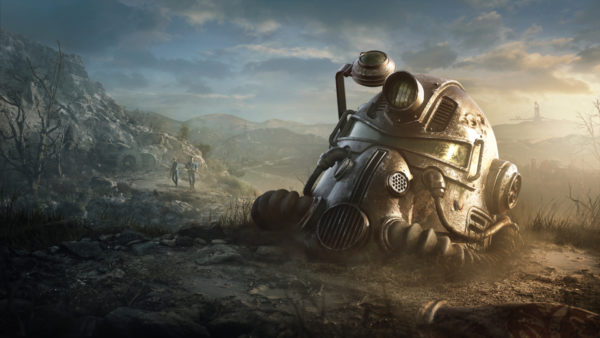 Bethesda has earned itself an unwanted reputation over the years for bugs, glitches, and so-called “jank.” It started off as a bit of a gag, an almost lovable imperfection that players were willing to forgive in a trade-off with their games overall quality. But things have since changed.

There’s no question the developer has fallen behind its rivals from a technical standpoint. Fallout 4, and now Fallout 76 certainly don’t appear as “next-gen” as one might have hoped. Instead, they look like an enhancement of a tired graphical engine, with an overall design that does feel a bit archaic at times next to titles like The Witcher 3, and Red Dead Redemption 2.

Fallout 4, in particular, was heavily criticized for its aesthetic and general technical performance. Beyond the inevitable glitches, and issues with stuttering frame rates on consoles, the load times were infuriating lengthy. It was bad enough, said many, that open world Bethesda games still required loading screens when entering buildings, but the actual amount of time was a source of deep frustration.

Casting our eyes back to some of the complaints at the time, players lamented 30-40 second load times from building to wasteland. Booting the game from the main menu also took 30 or so seconds on vanilla versions of Sony and Microsoft hardware.

Fallout 76 does improve in this particular aspect of its technical performance, but it’s hardly enough to get excited about.

Bethesda’s latest game isn’t going to win any awards for its pretty aesthetic. Despite the West Virginia wasteland representing easily the lushest and vibrant Fallout setting to date, it’s still using the same engine as Fallout 4, and that feels even more out of place in 2018.

In many ways, 76 feels incredibly derivative of Fallout 4. There are oodles of similarities in its design, mechanics, and appearance –something that will come as a disappointment to many. If you were looking for next-gen Fallout, this certainly isn’t it.

As for the loading times, they remain intact in Fallout 76, sadly, and while most aren’t as painful as its single-player predecessor, there’s still a horrendous initial wait to boot a game. We timed the main menu-to-game at a whopping 57 seconds, which is nearly double the length in Fallout 4.

Sure, comparing online versus offline games is never going to be an exact science. It may very well explain the disparity. But still, double the time? It seems an extraordinary length. At least the in-game load times have been reduced substantially. We didn’t find anything longer than 8-15 seconds, depending on which areas we were traversing and how much there was to load.

So thankfully, the loading screens that are actually intrusive to the experience aren’t bothersome this time around. Great. Yet I can’t help but feel this isn’t anywhere enough of a boon to satiate gamers hungry for a Bethesda experience that pushes technical boundaries.

After such widespread and obvious dissatisfaction with Fallout 4’s performance, it seems crazy that Fallout 76 arrives with the same baggage. I do appreciate that this multiplayer evolution of the series represents a spin-off, an experimental design direction that isn’t a mainline entry –we know a new generation of Fallout games will one day arrive.

However, the takeaway for me is that rather than reigniting interest in Fallout, it’s only piled more pressure on Bethesda to up its game. And I can’t honestly blame gamers for wanting a little more from this iconic franchise. Fallout 4 was great, but felt like treading water in many ways.

A quick nosey around Metacritic highlights a tidal wave of review bombs from angry fans, disgruntled with everything from its empty and boring world to the sheer number the amount of bugs and glitches. Inevitable and not to be taken too seriously at this early stage, certainly, but perhaps telling of a fan base that wrestling between a passion for the franchise and a resentment of the direction its heading.