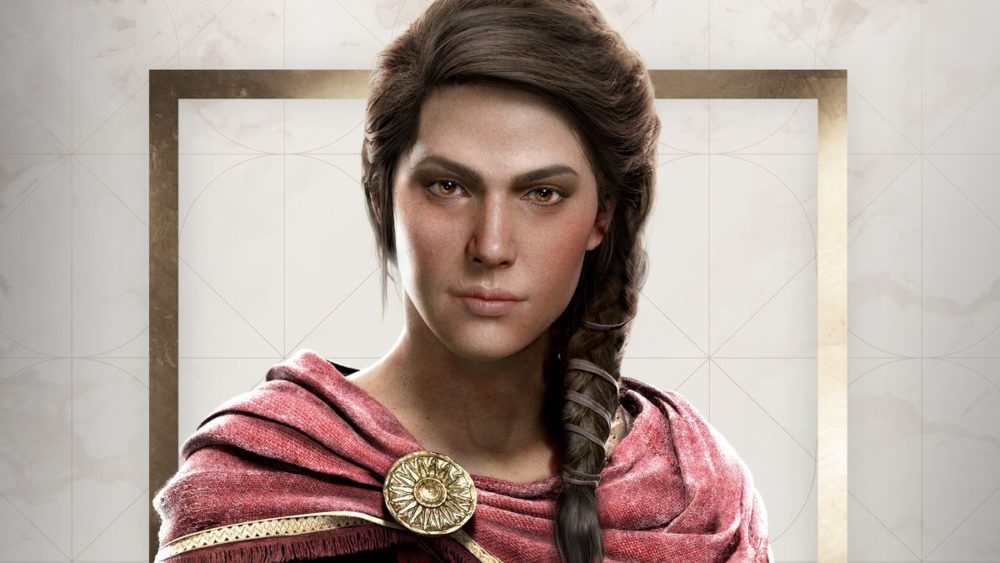 Assassin’s Creed Odyssey is one day away from release, and while players who pre-ordered the Gold Edition of the game can already start playing, there’s still quite a bit of misinformation surrounding the game’s progression and leveling systems. We’re here to clear up some of those misunderstandings, and hopefully, provide some clarity on what it’s actually like playing through the entirety of Assassin’s Creed Odyssey.

Over the past couple of days, outlets like GamesBeat and Polygon have reported that Assassin’s Creed Odyssey, while fun, suffers from a bit of a grinding problem. Particularly towards the end of the game, Polygon mentions that grinding becomes necessary in order to get to the final act.

“The late game includes a brick wall that you have to scale by leveling your character to a certain point,” reads the Polygon article.

Over at GamesBeat, they seem to have run into similar issues, and the writer states that he had to spend six hours getting from level 15 to 17. He also mentions that the grinding problem is exacerbated by the fact that enemies and animals scale to your level, so you never really have a level advantage no matter how far you progress.

To a small extent, these statements are true. However, they also seem to suggest that they may have been based on play styles that are not necessarily appropriate for an open world game like Assassin’s Creed Odyssey.

To make things perfectly clear, yes, you do have to complete side quests if you want to meet the level requirements for all the main missions. The game’s structure is pretty simple: you’ll finish a handful of main missions in one area, then go to a new region, where a new batch of fresh main and side quests await you. If a main quest’s level requirement is two or three levels higher than you, you’re then expected to play through a few side quests to level up quickly to catch up. And the process isn’t all that terrible either. Side quests are a great source of experience in Assassin’s Creed Odyssey, often rewarding you with thousands of points that go towards your next level.

The nice thing about the side quests is that they aren’t terribly long. Most are simple, and only require you to retrieve items or clear out bandit camps. There are also more involved quests, some of which may require you to trek across a region before you finally face off against a mythical creature. And if you’re not in the mood for lengthy quests, the message board is full of short bounties and contracts that can also be turned in for experience and money.

Completing three or four side quests usually gives you enough experience to reach the next level, and you’ll be able to start doing the main story stuff again. The idea that you’ll have to grind for six hours to gain two levels is frankly alarming, and I can’t imagine that the average player who’s focusing on side quest completion to level up would take that long to progress.

And yes, enemies do scale with your level, but only to a certain extent. Every region has a level range that scales with you. For example, the Obsidian Islands will have quests that scale to your level, but only until you hit the region cap of 44. After that, no matter how much more you level, the highest level quest or enemy you find in that region will be capped at 44.

Now the question is, is this considered a grind? When you think about Assassin’s Creed Odyssey as an open world RPG where you’re expected to explore the world and do a few side missions along the way, it seems odd to classify it as a grind for the next level. After all, tons of open world RPGs have been following this formula for the past few years, such as The Witcher 3 and Fallout 4. It’s not so much an issue of level-gating as it is a desire on the developers’ part to get players to check out all the other side content that’s tucked away in the world.

For instance, the dueling arena is hidden away in a corner of the world map that you’ll never go to if you only stick to the main path. And yet, it’s home to one of the more compelling side stories in Odyssey. It’s also key to completing certain optional tasks that are tied to the main story. You have to explore and do side quests in open world RPGs if you want the full experience. That’s just how these games work.

What is questionable about Odyssey’s design, however, is Ubisoft’s decision to include microtransactions and XP boosters to help you skip the ‘grind,’ so to speak. After all, it isn’t like side quests are redundant content, or stuff that you should be skipping in a game like this. It could be considered a dubious move on the company’s part to try to make a little more money off players who just want to do the main quests, but that’s a whole other discussion for another day. That said, since the online store wasn’t live during my pre-launch time with the game, I wasn’t able to purchase any boosters to make the leveling process go faster, and I didn’t feel like I needed them either.

Over the course of my 60+ hour playthrough of the game, which includes full completion of all main story arcs, I reached level 48 with Kassandra, and I’ve still got at least 20 side quests left on my world map. That doesn’t include all the bounties and contracts I started skipping about midway through the game. Polygon claims that you will have to either spend a significant amount of time “grinding” or “play like a completionist from the beginning.” Unless you count side quest completion as a form of grinding in an open world RPG, that couldn’t be further from the truth.

At the end of the day, Assassin’s Creed Odyssey is very much a massive, open world RPG with a large focus on exploration and side content. If you’re only here for the main story and you don’t want to do any side quests, then yeah, naturally the game’s going to feel like a painful grind. Yet, Assassin’s Creed Odyssey is a game that you’re meant to take your time with, like any other open world game out right now. Slow down, take things at your own pace, and you’ll be good.