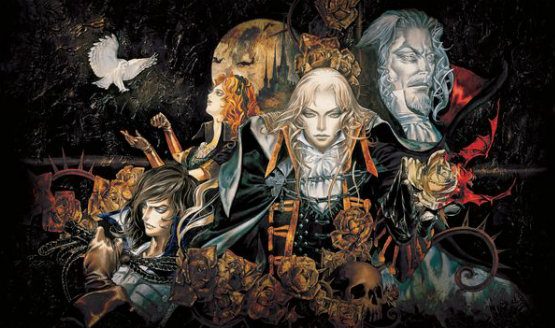 In this day and age, remasters and re-releases are par for the course in the video game industry with titles from past generations receiving a second chance at life and prominence almost every month. This seems to be the motivation behind Castlevania Requiem, a re-release by developer and publisher Konami of the highly lauded titles Rondo of Blood and Symphony of the Night in one package for the PlayStation 4. And while it doesn’t offer much else for long-time fans, it does present a fine way of experiencing some of the best Castlevania titles of all time.

The setup is pretty standard for the Castlevania series, save for the connections they share timeline-wise. Rondo of Blood begins after Dracula rises once again to terrorize humanity. Richter Belmont takes up the Vampire Killer whip and sets forth for the dark count’s castle, eager to return the world to peace. He’ll have to overcome countless evils and rabid beasts before the night is through, but he’s the only thing standing between the human race and utter destruction. Meanwhile, Symphony of the Night takes place four years later. Dracula’s Castle has risen once again, but Richter is nowhere to be found. In response, Alucard, the son of Dracula, sets off to uncover the reason for his father’s return only to stumble upon far darker intentions the further into the cursed structure he goes.

The games are exactly what fans would want from a re-release with gameplay and visuals that have been polished up and presented amicably. Both still require the player to make split-second maneuvers and attacks to overcome the game’s puzzles, enemies and bosses. In particular, Symphony of the Night has translated over exceptionally well. It’s still mesmerizing to see Alucard soar through the halls of Dracula’s Castle and dispatch enemies with a flurry of blows, especially after seeing and feeling first-hand the more slow and methodical gameplay of Rondo of Blood.

At the same time though, both games still retain the same issues that have been present in them since their release, primarily in their difficulty. While it’s more than possible to beat either game in 6-12 hours, both have their moments where the difficulty of the level design or the movement patterns of bosses can be crushingly difficult to keep up with. This can make it feel like the game’s runtime was padded out to lengthen the experience, and in the case of Symphony of the Night, it can lead to losing progress since the player’s last save and replaying portions of the game over again. This doesn’t outright ruin the experience though, and players will still be able to sink plenty of time into the game where they’re entertained instead of frustrated.

The sound and visuals have likewise made a smooth transition to the PS4. The iconic beats and tunes of both games still resonate with their games perfectly, injecting an energy into the gothic action platforming and exploration that will keep you hooked on the games for hours on end. Particular accolades should be given for Rondo of Blood’s utilization of the PlayStation 4 controller’s speakers, with voices and sound effects blasting out in a tone reminiscent of a classic SNES title.

It is admittedly a bit off-putting, though, that Castlevania Requiem utilizes the reworked voice acting of the PSP port of both games. Whereas the original version of Rondo of Blood was only released in Japan with a Japanese dub and Symphony of the Night had a legendarily bad English dub on the PlayStation, Requiem uses a remade dub of both games from the 2007 Dracula X Chronicles port of the title, utilizing the likes of Yuri Lowenthal, Travis Willingham and Karen Strassman for more even performances. Every voice actor does an excellent job, and even lend their own camp and humor to some of the line deliveries, but it can still be jarring for those who grew up playing the original versions.

The most glaring issue from Castlevania Requiem, however, is how little else it brings to the table. It’s true that both games are legendary in their own right and that it’s fantastic to finally have them available on PlayStation 4, but aside from a slew of trophies to earn, there’s next to nothing offered alongside the base games to make Requiem a worthwhile purchase for those that own a version of the games on other platforms. There are some screen effects that can be applied to the games, namely the ability to simulate scan lines and add a smoothing filter, but they honestly hinder and mar the visuals at times and aren’t worth applying unless you’re desperate for a different aesthetic to the game.

And yet, when taken for what it is, Castlevania Requiem is a functional and acceptable port of two legendary titles. It provides both games to players in a way that is entertaining and satisfying, regardless of whether you’ve played it a million times or want to finally see what all the fuss is about over two decades later.