It’s a tale as old as time: After years of fine-tuning a game, a developer finally releases their title to the gaming public. They’re lauded for its balanced gameplay, the challenging combat system and the way it necessitates variety in what the player uses to make it through to the end.

Or at least, that’s how it is until players discover one overpowered weapon or item that allows them to cheese their way through the entire game with minimal effort. Today, we’re focused on this phenomenon with 10 overpowered weapons and items that completely broke video games. 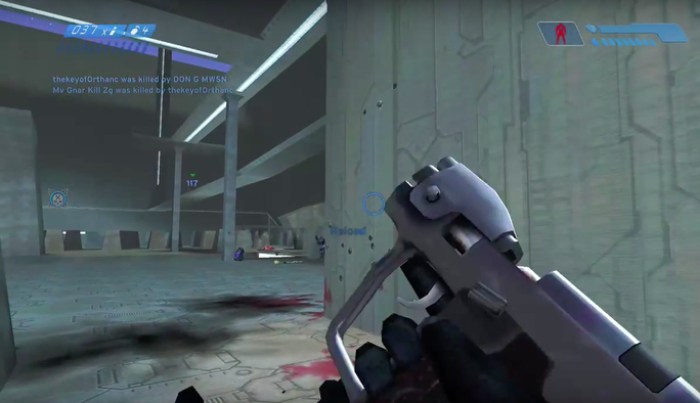 The first entry in the Halo franchise was a thing of beauty with fast and furious gunplay, a stellar soundtrack and a story and setting players were eager to get lost in through both single and multiplayer.

Among all of these high points though, there were areas where the game could have been more balanced, and nothing proved this more than the M6D Pistol. Able to kill enemies both alien and human alike with a single well-placed headshot from both close and far range, it dwarfed the combat capabilities of most every other weapon in the game’s arsenal and became a must-have in every well-studied player’s loadout.

The pistol was nerved in later installments to help encourage players to diversify their play styles, but many still look back wistfully on this overlooked powerhouse of a weapon and the joy one could feel from raining destruction down with it. 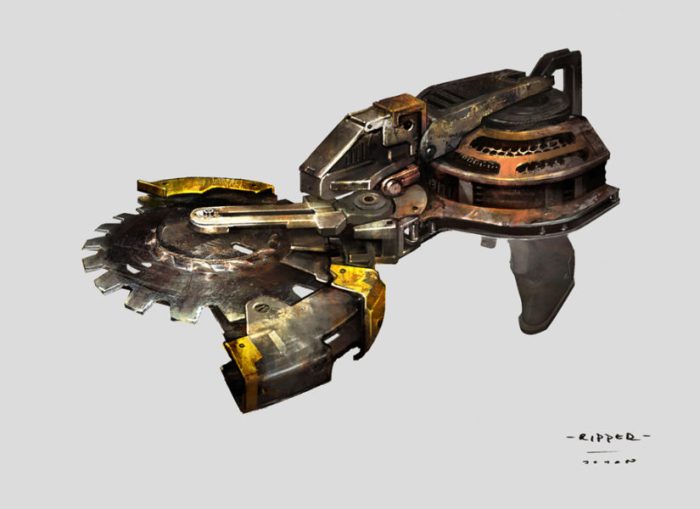 In space, no one can hear you scream, though in the case of the Dead Space series it’s probably because players are equipped with the Ripper and have nothing to scream about.

A repurposed tool found by protagonist Isaac Clark early on in the game, the Ripper launches saw blades at enemies while also keeping them at arm’s length with a blade held in place by kinesis. This combination can make short work of most any abomination across all three of the series’ entries, and with a few upgrades, it soon becomes one of the most powerful weapons in the game’s arsenal.

Even better for players, it has an incredibly high ammo drop rate when used on enemies, ensuring they’ll never run out of blades to tear through Necromorphs with.

The Knife (Wolfenstein: The New Order) 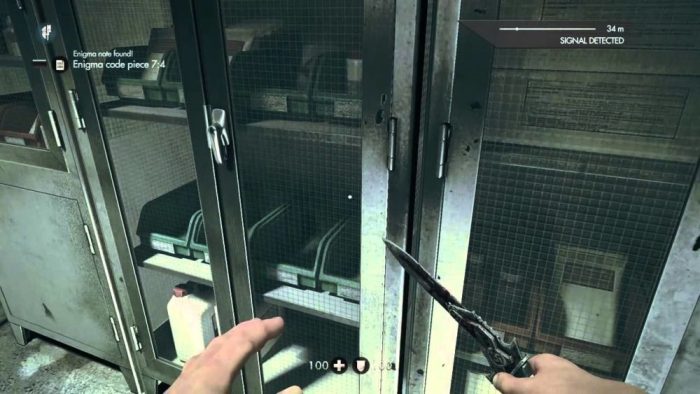 After successfully taking over the world, you’d think the Nazi menace of Wolfenstein’s world would have designed armor that could resist traditional weaponry like a simple combat knife. Luckily for B.J. Blazkowicz and the rest of the world, they didn’t, and the knife proves to be one of the most powerful weapons players could hope to have on their Nazi killing endeavors.

Able to tear enemies to shreds in close combat and an instant kill when thrown into any of their softer bits, the knife is a must-have throughout the entirety of the game and an easy solution to most any human enemy that stands in your way.

It was understandably replaced in the second game, along with some reworked mechanics which encouraged players to use more of the series’ diverse weaponry, but that only makes it that much more fun to go back to The New Order to get one’s hands on the knife all over again. 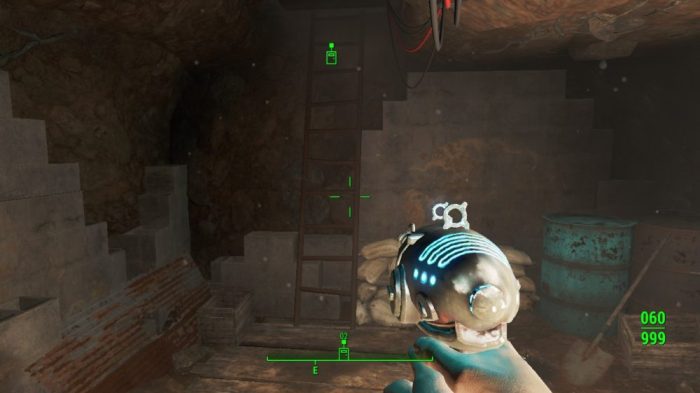 The Capital Wasteland is a dangerous place, full of marauding bandits, mutated monsters and roaming robots armed with some of the pre-war world’s most dangerous weapons.

For players who stumbled across the Alien Blaster in their playthroughs though, none of this mattered in the slightest. The de facto strongest energy weapon in the game and arguably strongest weapon period, the Alien Blaster can decimate any enemy in a matter of seconds regardless of their armor or resistances. It also has an impressively long range, allowing players to eliminate threats from whatever distance they choose and even gain a sneak attack bonus if they can remain undetected.

The only real downside is that ammo can be hard to come by, but even then there are a select few merchants and the Mothership Zeta DLC which provide players the chance to refill their ammo bags and continue their assault on any and all who oppose them. 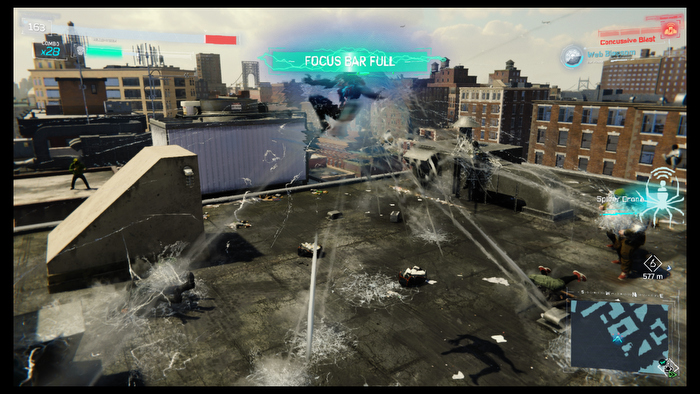 Among the many ways in which Insomniac Games’ Spider-Man makes players feel like they’re the legendary superhero, none are more effective or overpowered than the Web Blossom ability.

Earned through the purchase of the repaired Classic Suit, this skill allows players to rain down a rotating burst of web shots on any enemies within a wide area of them. Enemies that are on the weaker side or have been softened up with melee attacks will be pinned to the ground and immediately incapacitated, while the stronger variety will be ensnared in web and left vulnerable to a pummeling by the player after the skill stops firing. This can prove to be the difference between a vicious, drawn-out brawl and a scuffle finished within seconds, and the skill can be used multiple times within a confrontation thanks to its negligible cool-down time.

If you haven’t played the game yet, be sure to unlock this skill as soon as possible when you do. 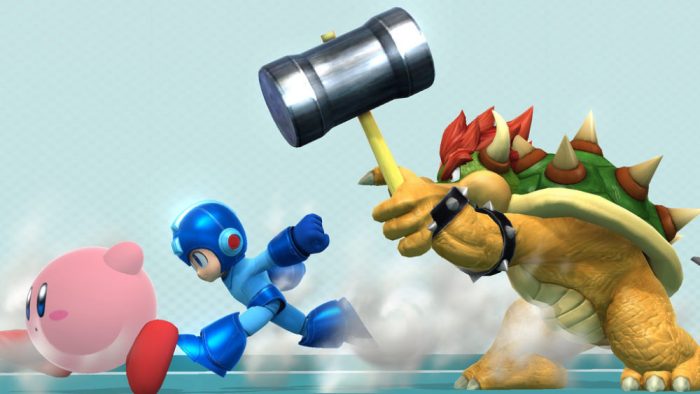 A fan favorite among Nintendo Loyalists, fighting game enthusiasts and general gamers alike, the Super Smash Bros. series continues to be a series which is honed, refined and balanced to create the best experience it can for anyone who plays it. That said, many tend to play the game with items turned off due to their ability to sway the match in favor of whoever can grab them first, turning what looked like a slaughter for one side into a decisive route for the other.

None can achieve this turn faster than the hammer, an item that has appeared in every entry of the game to date. When players grab it, their character enters a berserk state where they swing the hammer rapidly in front of them. Anyone who is unlucky enough to be in front of this barrage takes massive damage and, more often than not, is sent flying off the screen.

Granted, it does have a limit on how long it lasts and players can avoid it with some quick reaction time and skill, but that doesn’t make it any less terrifying when you hear the deceptively chipper music that signals someone is coming to flatten you. 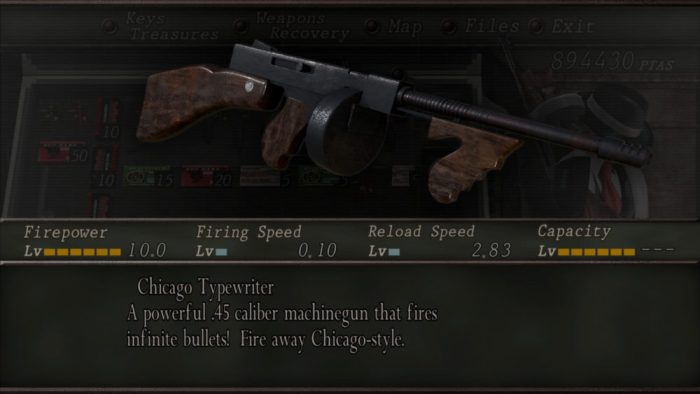 There are many a threat that can make short work of Leon S. Kennedy in Resident Evil 4, from the sack-headed chainsaw wielders to the amorphous Regenerators and Iron Maidens. None of them are nearly as scary, however, once players get their hands on the Chicago Typewriter.

A Tommy gun with infinite ammo, it is the reward for players who take the time to complete Ada Wong’s side missions and saved up the requisite 1,000,000 Pts. It’s well worth the effort to obtain too, as it can rip enemies to shreds with only a few shots. Even the most intimidating boss fight on the highest difficulty becomes little more than a practice in displaying your dominance as they crumple under the damage this weapon inflicts.

If you’re looking to blow off some steam after a particularly difficult encounter, seriously consider picking this up and taking on the same boss one more time.

Any Gun (The Yakuza Series) 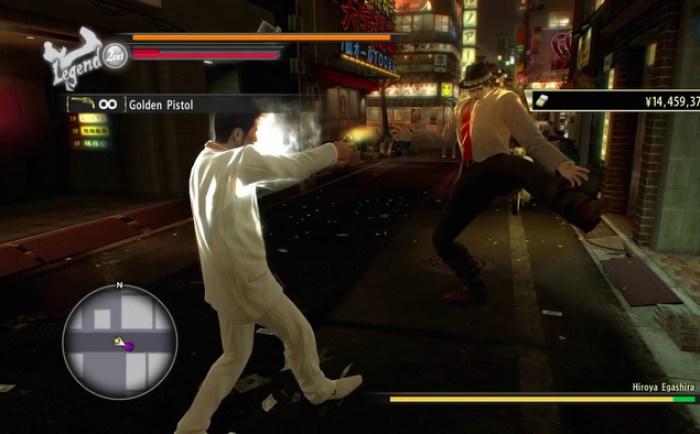 The Yakuza series is a masterwork of compelling character-driven stories, lovingly recreated Japanese locales and, most notably, an addictive combat system focused on over the top melee attacks and martial arts techniques. If players wish to break this lovingly crafted system with a hammer, however, they can totally do so by arming their protagonist of choice with any number of firearms.

Overpowered to an absurd degree in most every entry they appear in, guns turn what is normally a tense exchange of punches and kicks into a seconds-long encounter where Kiryu, Majima or whoever simply whips out a pistol, puts a cap in someone’s ass and then walks away. It admittedly can be a lifesaver for the series’ more difficult boss battles, but for everything else, it’s a jarring reminder that the usual hand-to-hand combat the characters engage in is woefully ineffective against a bullet. 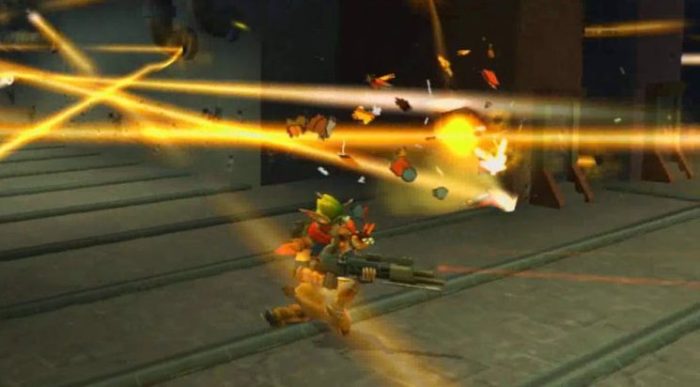 In the final core entry of the Jak and Daxter trilogy, players were given access to a number of new forms that Jak’s primary weapon, the Morph Gun, could take. Some forms allowed him to fire arcs of lightning at groups of enemies, while others allowed him to fire off a miniature nuke that could clear most any battlefield. The best of these new forms, though, was undoubtedly the Beam Reflexor.

An upgrade to the basic Blaster form, this modification allowed the gun’s bullets to ricochet off of walls and enemies several times before dissipating, making for a hail of gunfire that could rip any and all enemies apart in a matter of seconds. What could have been a grueling struggle for survival turns into a rinse and repeat situation of blasting bullets in every which direction and watching as they bounce from enemy to enemy.

It might not have been the most elaborate strategy for success, but it was one player learned to lean back on none the less. 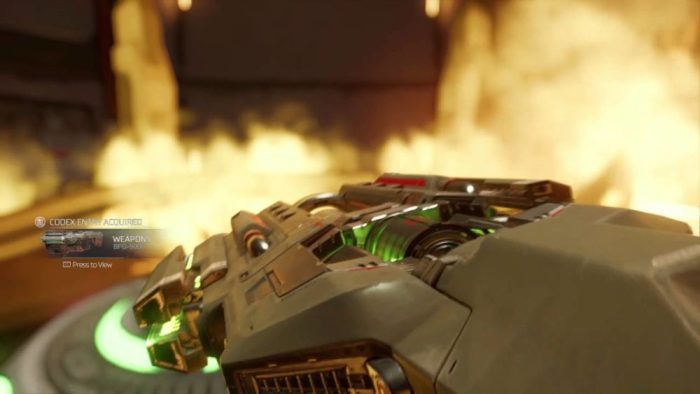 A weapon as well known as the series it comes from, the BFG-9000 is the be-all end-all of overpowered weaponry. Able to clear a room full of enemies or obliterate even the most fearsome of Hell’s denizens, it proves versatile as both a last resort for when players’ backs are up against the wall. That, or a devastating first impression that can decide the flow of a firefight before it even begins.

Granted, it was slightly nerfed in the latest installment in the series thanks to the rarity of ammo drops for it, but even then it was powerful enough to take out a sizable chunk of even the game’s biggest enemy forces with one shot.  Whatever parts of the game were a challenge before obtaining this weapon are little more than an afterthought afterward, and that’s far from a bad thing.

Which weapons or items in video games do you remember as game-creakingly overpowered? Mention them in the comments section below, and be sure to check out some of our other lists on topics like five video games that went through development hell and came out the other side.