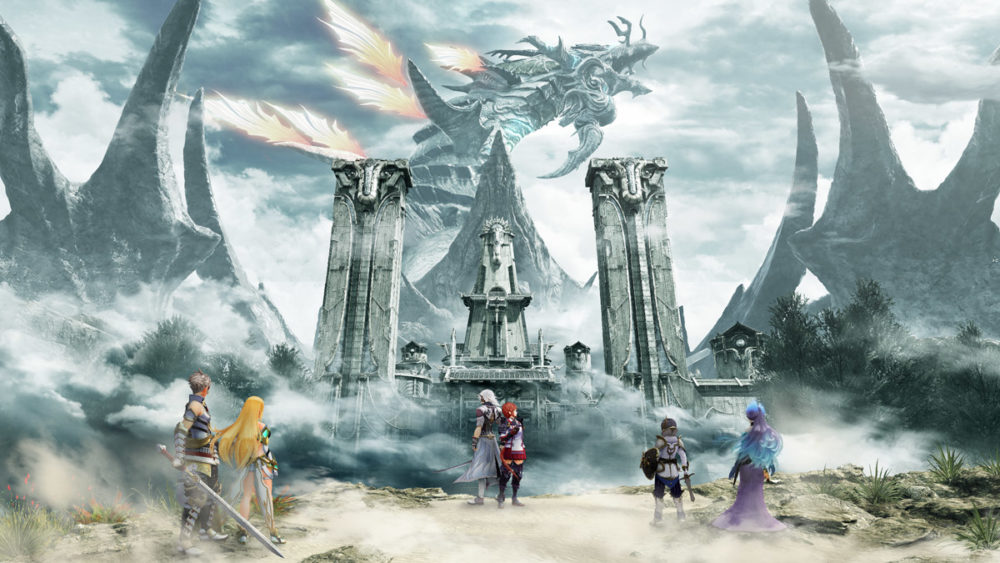 Games like Breath of the Wild and Super Mario Odyssey may have gotten all of the attention in the Switch’s first year, but one of its very best games launched at the end of the year: Xenoblade Chronicles 2. A great art style, expansive world to explore, strong main cast, and incredibly complex battle system were just a few of the aspects that really made the game stand out. Despite its strong main story, there was definitely one piece of lore in the game that seemed just ripe for more exploration, the story of Torna the fallen country and the group of heroes that stopped the rampage of Malos the Aegis. This is exactly what the game’s expansion, Torna – The Golden Country, does, and while it’s overall a simpler experience than the main game, it manages to be every bit as engaging.

I’ve played bits of Xenoblade Chronicles 2 again with some of the updates that have been added in, but I haven’t played more than a couple of hours since I beat the game in January. Because of this, I wondered how easy it would be to fall into a rhythm with Torna, especially after recently playing other big JRPGs like Ni No Kuni II, Dragon Quest XI, and Valkyria Chronicles 4. Despite this worry, almost instantly I found myself, once again, completely engrossed by the world of Xenoblade, and the complex layering of systems the game has.

Torna is, admittedly, a simpler, more straightforward experience than the base game, but that makes sense. The story takes place 500 years before Xenoblade Chronicles 2, and follows the familiar faces of Jin, Lora, Mythra, and others that fought off Malos in the past. The story gets straight to the point, and doesn’t feature quite the same mystery and revelations that the main story did. Instead, it’s more about getting to know these characters in the past that you heard so much about, especially the legendary hero, Addam. While Xenoblade 2 has pretty great cutscene direction, I’ve honestly been surprised at how outstanding it is in Torna, with some really great camera shots and animation during cutscenes.

The world in Torna is a bit smaller than in Xenoblade 2, giving you two major areas to explore with Gormott and Torna itself. Just like before, however, these areas are absolutely teeming with treasures to find, sidequests to complete, and secret areas. A new Community system takes the place of Development Level from the base game, and it’s a much more direct way of leveling up areas, and opening up new sidequests. Instead of trying to speak to everyone to raise a Development Level, you’re now almost entirely focused on completing sidequests to level up your Community. In fact, the expansion as a whole puts a big emphasis on sidequests, even requiring you to complete some at points in the story. Luckily, they’re a little better written this time, with some featuring fun little stories or characters, or providing good development on your party, instead of feeling like generic fetch quests.

Roughly twenty hours in I’ve consistently found myself going off the beaten path to mop up sidequests, explore the world, and fight all the tough enemies I can find. Speaking of fighting, this leads into probably my favorite part about Torna, the battle system. I loved the complexities of Xenoblade 2’s combat system and how active everything felt, but honestly, I like Torna’s even more.

Again, things have been simplified to a degree as you can’t assign different blades to your human characters, and you can’t swap weapons between them. However, each Driver now has two specific blades attached to them, such as Lora paired with Jin and Haze. A new “Vanguard” system lets you switch characters on the fly in battle, deciding who’s fighting up front and who’s playing support. A gauge builds as you fight that lets you swap the Vanguard and Rear Guard, and another gauge that will let you swap between your two blades. Each character, Drivers and Blades, have three different skills to use, and these new systems combine with the old ones from Xenoblade 2 like Driver and Blade Combos, Chain Attacks, and more. The Vanguard system actually makes Torna’s combat system more interactive and there’s almost no moment in combat where you’re not doing something, whether that’s activating a skill, choosing a combo, or switching Vanguards.

It’s a fantastically engaging system, even more so than before, and while you only have three teams to play with this time, each one is based around a different focus. Lora’s team is all about side and back attack damage as well as healing, Addam’s team is your main damage dealer, and Hugo’s team is about drawing aggro and soaking up damage. These clearly defined roles make each team different to play, instead of being able to build your party how you want in Xenoblade 2.

Simplification is the name of the game in Torna – The Golden Age, but from my experience with the expansion so far, it actually makes the game better for it. Torna feels like a tighter, more focused version of Xenoblade Chronicles 2, and after spending so long away from the game it was the perfect way to ease back in, and get invested all over again. Considering the tutorials the expansion throws at you, I imagine Monolith Soft is expecting players to have forgotten most of the systems, or even for new players to pickup Torna first before the main game. Either way, it’s more Xenoblade at its finest, and that’s just what I wanted from Torna.

Keep an eye out for our full review of Xenoblade Chronicles 2: Torna – The Golden Age over the next few days.