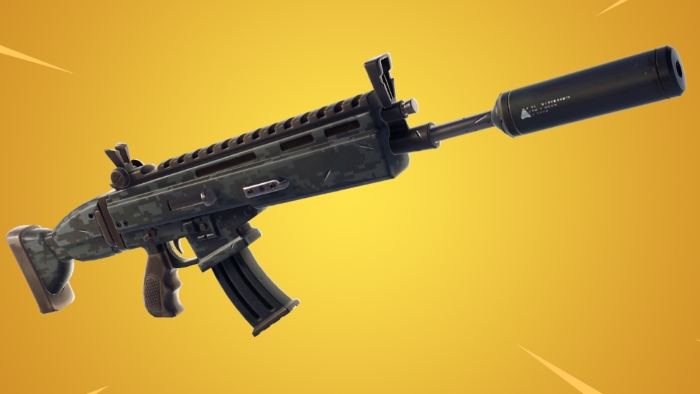 The 5.4 content update went live for Epic Games’s Fortnite this morning, adding new content for both Battle Royale and Save the World modes.

Battle Royale changed its loot pool this week with the addition of the Suppressed Assault Rifle, a silenced epic/legendary gun that is more precise in short bursts. The mode also saw the Drum Gun, introduced last July, vaulted in a surprise move. No reason was given for the removal of the assault-SMG hybrid, but the weapon did receive a huge nerf last month.

The Getaway limited-time mode received a few bug fixes related to the getaway van in the update, such as players not being able to land directly on the getaway van without building and players getting stuck underneath the van during the victory screen. The patch also fixed a glitch with the Battle Pass-unlockable Enforcer skin, which caused players to see other Enforcer-wearing players to appear as some sort of praying mantis-like creature.

Fortnite’s Save the World mode added the sixth Weekly Horde Challenge featuring only assassin enemies while players have no shields to combat them. Competing the challenge the first time rewards a Mythic Field Agent Rio Outlander with a new subclass and perk. The mode will also receive the Wraith Assault Rifle, a silenced assault rifle that specializes in headshot damage, available tomorrow in the Weekly Store.