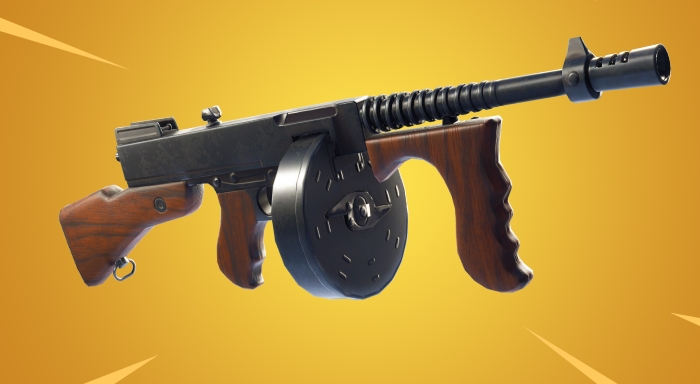 The 4.5 content update for Epic Games’ Fortnite went live earlier today, adding new weapons to both Battle Royale and Save the World modes.

Battle Royale received a small update this week with the addition of the new Drum Gun. Described as a “hybrid weapon that combines the stopping power of a rifle with the suppressive ability and fire rate of an SMG,” the uncommon and rare versions of the Drum Gun have a 50 round capacity and uses medium ammo.

Save the World added more festive heroes and weapons this week to mark Independence Day for the United States. The Stars and Stripes Constructor and Outlander heroes have been added to the Event Store, while the slow burst Lynx Assault Rifle and firecracker bouncing Freedom’s Herald Pistol can be found in the Weekly Store. All these items will be available on July 4 at 8 p.m. ET. The Stink Bomb, added to Battle Royale last month, can now be used in the cooperative mode.

Alongside the update is the return of the Playground limited-time mode for Battle Royale, which was introduced briefly in the update last week before Epic Games disabled it due to matchmaking issues. The studio provided several updates about the challenges the mode faced with server capacity and matchmaking times, but has promised to release a full public postmortem about the incident in the future. The new mode comes almost a week before the start of Fortnite: Battle Royale’s Season Five, which begins on July 12.