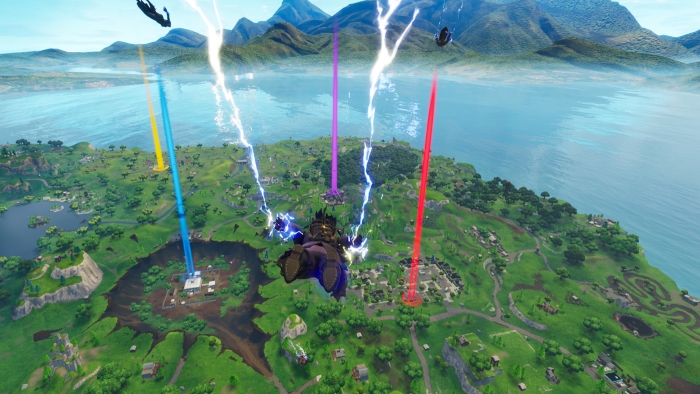 Epic Games released the 4.5 update for Fortnite today, adding plenty of new content and changes to both Battle Royale and Save the World modes.

Battle Royale received the limited-time mode Playground today, before being disabled hours later due to “issues with matchmaking services.” Playground mode, revealed last month, is a non-competitive creative mode that allows players to create or train with up to four people.

Harvesting resources has been increased by 10 times and 100 llamas are spawned on the map in the new mode, allowing players enough material and time to create huge structures like a giant pyramid. Epic said that it will continue to work on re-enabling Playground mode after matchmaking was supposedly fixed, but also wrote hours later that the studio would be producing an emergency patch for stability and performance issues to release at an unannounced time.

The 4.5 update added dual pistols to Battle Royale with changes to the tactical and silenced SMGs to differentiate them. The Final Fight Teams of 20 limited-time mode has also been replaced with teams of 12 players instead of 20. Another big change is that progress for elimination challenges for the Battle Pass or daily challenges will count if players down another enemy, instead of requiring to eliminate with that specific weapon.

Fortnite’s Save the World mode added the finale to the Blockbuster questline alongside the new ‘Independence Day’ quest that rewards with two soldiers themed after the July 4 holiday. Other changes implemented in the 4.5 update that were discussed last week include adding the Builder Pro controller option, acquiring specific schematics from the collection book, and allowing both modes to have separate keybindings on PC.