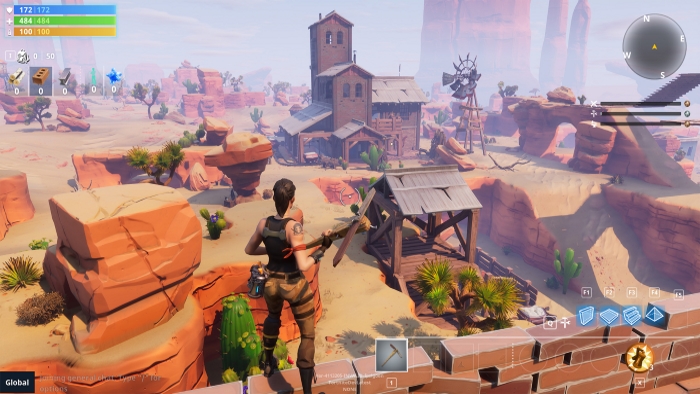 Fortnite developer Epic Games revealed more features would be coming to the game’s cooperative player versus environment (PvE) Save the World mode. In a blog post titled “Save the World State of Development – June 2018,” the studio outlined new content and changes planned for upcoming updates.

Save the World recently received the ability to report other players, but now players will begin to receive in-game messages when the studio takes action against those reported beginning next week. Epic said that not every report will result in a penalty, but that “serial offenders” would get warnings, suspensions, or permanent bans.

Epic announced a new campaign for the Canny Valley location which is teased to answer some questions about the game’s story and the storm within the desert parts of the world. The developer also said new enemies like “a more powerful variant of the Shielder” and “his new friend the Zapper,” and a reworked “Challenge the Horde” mission with tweaked progression and better rewards would be coming as well. All the new and reintroduced content are scheduled for the 5.0 update.

Other Save the World features discussed in the post include acquiring specific schematics and unsloting items from the collection book, adding the Builder Pro controller option from the Battle Royale mode, and having separate keybindings between both Fortnite modes. These features are planned for the 4.5 update, which is expected to launch next week.