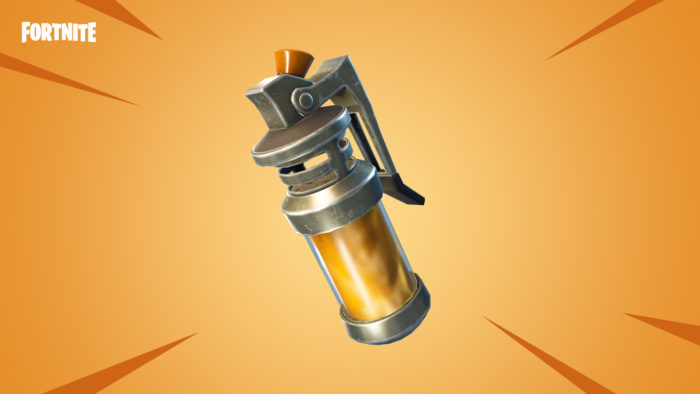 Fortnite’s 4.4 content update arrived earlier this morning across all platforms. As had been teased prior to the release of the full patch notes, the Stink Bomb is the headline addition in the update. The projectile “creates a stinky cloud that deals 5 damage every half-second within the cloud,” and lasts for nine seconds in total. Stink Bombs come in stacks of three, with a maximum stack size of five also being noted within the notes. As is the case with most of the other weapons in Fortnite Battle Royale’s arsenal, these can also be found as floor loot, as well as from chests and vending machines.

The 4.4 content update also looks to continue address Epic Games’ concern of rocket and grenade launcher dominance in the end stages of a match. As of now, the reload time of Rocket Launches has been increased across all rarities with each seeing roughly a half a second (give or take a few tenths of a second) increase to their previous values. Additionally, the maximum amount of Rocket Ammo unloaded that can be carried has been adjusted to 12.

Another game mode has also been added into Battle Royale in the form of Final Fight: Teams of 20. This game mode builds on the usual Teams of 20 mode we’ve seen previously, stopping the circle from closing in after the third circle. At this point, a final countdown timer will begin, and the team with the most players remaining at the end wins.

You can check out the full patch notes for Fortnite’s 4.4 content update here. Fortnite is now available on PC, PS4, Xbox One, Nintendo Switch and iOS devices. An Android release is due sometime this summer.