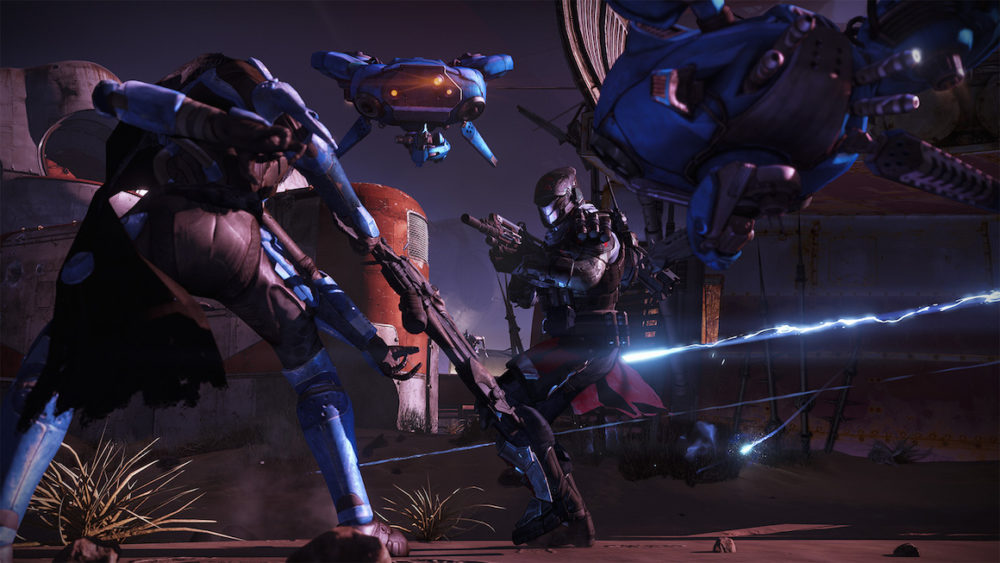 Destiny 2 has had a shaky relationship with strikes compared to Destiny 1. In the first game, strikes felt like premium content, and with certain modifiers in the old Nightfall format were legitimately challenging and exciting. Some highlights, such as the Sunless Cell, and Shield Brothers come to mind. And of course, memes such as OMNIGUL??

In Destiny 2, though, strikes feel like an afterthought. The initial batch of strikes that came at launch were hit and miss. The Pyramidion is admittedly pretty sweet, but Exodus Down is a total dumpster fire. And, since launch, instead of adding legitimately new strikes for all platforms, with each expansion Bungie has added two story missions with a ramped up difficulty fit for three people and repackaged them as a “strike.” Plus, Bungie has also struggled with finding a way to make strikes feel rewarding. Even to this day, we have not yet reached the glory days of Year Three Destiny 1 strike rewards. Bungie still has work to do in that regard.

All that aside, Bungie has outdone themselves with Forsaken when it comes to Strikes, and one in particular, Warden of Nothing, has completely renewed my belief that Bungie can still design incredible strike experiences that feel as high quality as some of the other encounters that get more attention.

Warden of Nothing takes place in the Prison of Elders. Our old pal Variks (yesssssss), is long gone, but his Servitor which still houses his personality (or something like that), is still roaming the Prison and causing chaos. The Drifter has an interest in getting the Prison back under control, but the Servitor still thinks that the Prison of Elders of Destiny 1, where we smashed prisoners for its entertainment, is still going on. It hasn’t yet figured out that those days are over. Considering the fond memories lots of Destiny players have of the Prison of Elders from House of Wolves, it’s an intriguing premise. It’s essentially functioning as a sequel to our experience from that event in Destiny. The Prison is visibly, and functionally, a shell of its former self, but don’t tell the Servitor that.

Anyway, like we mentioned, you’re working with the Drifter on this one. Not long after you jump in, you’ll be greeted with trains coming at you that can one-shot you. You have to navigate through service tunnels to reach where Variks’ old servitor is. You can take the safe route by just walking through the middle where enemies are residing, and avoid the trains that are flying at you. But what’s the fun in that? You’re obviously going to jump on your sparrow, and try and “2 fast, 2 furious” your way through the tunnels changing lanes and trying to dodge trains and enemy gunfire. It’s never not hysterical every time you or a teammate gets f’ing DRILLED by one of those trains.

Whenever you’ve decided you had enough and finally get out of the service tunnels, you’ll eventually make your way back to Skolas’ old stomping grounds. He is dead, we killed him, but there’s still plenty of combatants for you to mix it up with. The servitor, once again, takes up the mantle of MCing the event with all his familiar lines (yessssss) and tricks. You’ll have to dismantle mines, put down some bosses, and if you do a good job at that, you’ll receive a gift, a Scorch Cannon, just like old times. You’ll need it because it’s madness with the sheer amount of enemies that are on the field plus bosses. In this section, Bungie masterfully queues up nostalgic references to the old Prison of Elders such as the mines, and the battlefield itself, while also embracing the new state that the Prison is currently in. It’s not an organized affair like it once was, where you methodically cleared out waves round by round. It’s just a total mess now. Enemies and even bosses are all over the place, being released into the battlefield seemingly at random, and it’s a perfect send off to this event that fits narratively and is also just a blast to play through.

Things then get even more interesting. After completing this section, Destiny 1 fans will recall that you can go down to the treasure room and receive your reward. Warden of Nothing does a pretty good job on selling to you that this is the end of the strike. Destiny 1 fans are conditioned to think so anyway. You get the treasure and then you leave, that’s how it works. However, the Warden isn’t finished yet. Amidst the chaos, it’s easy to forget you were sent to take down Varik’s Servitor. When you open the chest, you’re trapped, a gift from the Trickster Baron apparently, and are dropped down to a section of the Prison we’ve never seen before. This is where you have your final showdown.

Varik’s definitely paid for all the optional features in his fully loaded Servitor because it is huge, powerful, and has the ability to blast Sun-level heat from its big eye that will quickly kill anyone that doesn’t find shade. It doesn’t go down without a fight, it will rapidly open up cells and summon Cabal and Vex into the field. Again, it’s total pandemonium. Cabal and Vex are fighting you, fighting each other, the Servitor is frequently blanketing the room with harmful fire blasts, and then to top it off, more Cabal and Vex bosses are released as you wear his health down.

Unlike some strikes that get bogged down by looking for safe spots to take potshots that wear down a final boss, Varik’s servitor doesn’t have a ton of health, it’s just that there is so much going on that you forget to attack it sometimes. Also, visually, the fight is striking because of those Sun-like attacks. The dark room brightens to near blinding levels, and while scrambling to find cover, you’ll still have to deal with Cabal and Vex at your sides that don’t mind the heat as much as you do.

Finally, if you triumph over the Servitor, the Warden of Nothing, you can take a deep breath because the strike is over. The Drifter makes a mental note never to mess with you (good idea), and Destiny’s best strike to-date is over.

If you have Forsaken, make it a point to go play it since it’s not connecting to the campaign at all. It’s accessible via The Tangled Shore. Or, if you’re a Destiny 1 player that isn’t going to make the jump, but loved the Prison of Elders as much as I did, do yourself a favor and find a run through on YouTube. It’s a thrilling trip down memory lane.