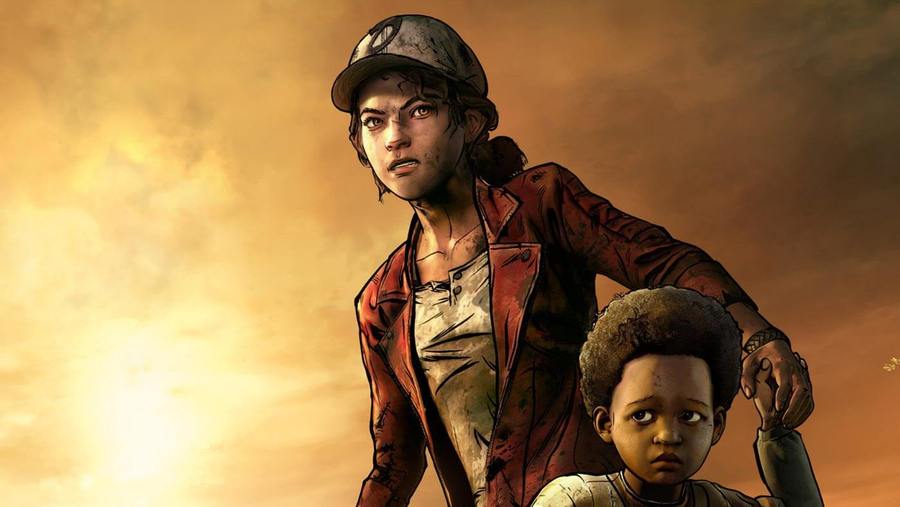 The Walking Dead’s first season is generally regarded as the breakout game that contributed to much of Telltale Games’ success, thanks in no small part to the character work of Clementine. The fact that #ForClementine was among the top trending hashtags during the release period of season 1’s finale is evidence enough that she’s a pretty outstanding character. Originally introduced as the child character designed to humanize our protagonist Lee, Clem has quickly grown and developed to become one of the most beloved faces in video games, and with The Walking Dead: The Final Season, she’s finally all grown up.

Be warned that we’re about to spoil episode 2 of The Walking Dead: The Final Season, so you might want to look away if you haven’t played it yet.

In the latest Final Season episode (and potentially the last, if the reports are to be believed), we get to see more of Clem’s interactions with the kids at Ericson boarding school. Now, this is important, because while we’ve seen Clem grow from a frightened child to a certified badass who kills zombies, we’ve never actually seen her interact with kids or people her own age. Telltale has always either presented her as someone to protect, or as an adult who’s ready to make all the hard decisions in order to survive the apocalypse. Just being able to watch her mingle with her fellow teens is refreshing, and adds a completely new dynamic to her character.

And yet, even the fact that she’s now a teenager doesn’t actually become apparent until about midway through the second episode. In the story so far, Clem continues to take on the role of the protector as she looks out for AJ, and the role of the leader as she helps the Ericson kids get their shit together while foraging for food. It’s only when things start to quieten down that we get to see this new side of her. In both released episodes of the Final Season, there are moments where Louis brings everyone together to play a little card game. This is where the kids get to ask each other silly questions, make fun of each other, and just do some all-around kid stuff. And in episode 2, they play a few rounds of Truth or Dare, and this is where things start to get a little interesting.

Louis and Violet decide it’d be fun to start asking about everyone’s romantic feelings, and when it’s Clem’s turn to answer a few questions, the player gets to decide if she does actually have feelings for anyone at the school. This is one of those little moments that truly caught me off-guard because, again, there’s barely been any time in The Walking Dead where we’ve gotten to see Clem as anything other than a survivor. This is where it really started to hit me that, wow, Clem’s actually a teenager now. She’s no longer the same little kid we saved in that abandoned home all the way back in season 1. She’s even thinking about people in romantic ways.

Depending on your choices and actions, Clem will get to pursue a relationship with either Louis or Violet, and players also get to decide how she approaches the situation: shyly, or with confidence. Whatever you choose, it’s still unbelievably heartwarming to watch our Clem confess her feelings to her paramour of choice. I’m not at a point in my life where I’m thinking about maybe someday having kids, nor do I know what it’s like to watch your own child reach a significant milestone in life like, I don’t know, becoming valedictorian at their university or graduating or something. But I have to imagine it felt pretty similar to this. Watching Clem bravely pursue her very first romantic relationship filled me with an overwhelming sense of pride, and in that moment, I thought, this must be what it feels like to be a parent. Huh.

Very few games have ever succeeded in crafting a character that you get to watch develop from the ground up. The reason why I always go back to The Walking Dead each time a new season is released, despite my general disinterest in the rest of Telltale’s games, is because Clementine is a character that I’ve found myself completely attached to. We protected her as a little girl in season 1, watched her grow up a little too fast in season 2, had her turn into a bit of a parental figure herself in season 3, and now, she finally gets to act her age and pursue something for herself for a change.

With the recent news about Telltale’s closure, and the increasing possibility that the Final Season won’t continue past episode 2, it’s crushing and disappointing to know that we might not ever see the end to Clem’s story. Even so, Telltale has created a phenomenal character with Clementine, and I’m glad we got to see her grow up in the end.