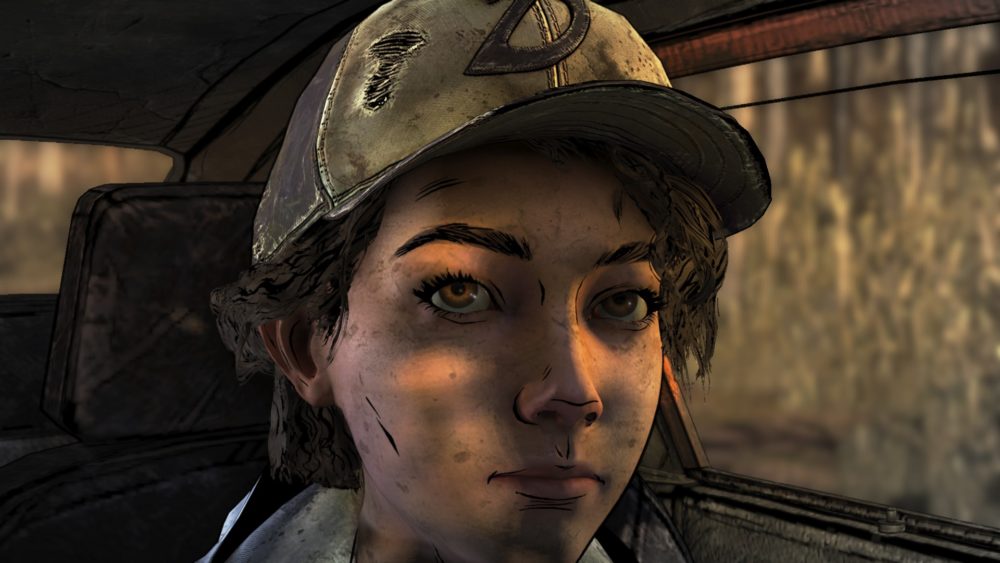 Warning: This contains some very light spoilers about the beginning of the game for the most recent, final season, and heavy spoilers for season 1.

Thank goodness this first episode of Telltale’s The Walking Dead: The Final Season is out of the way because now we can all breathe a collective sigh of relief about Clementine. The Clementine we all remember and love from season 1 and 2 is back, and the hardened imposter from season 3 ran away forever with Gabe (if we’re lucky).

It’s easy to hate on A New Frontier, the season that will likely go down as the black sheep once it’s all said and done. There are a lot of reasons why A New Frontier rubbed so many people the wrong way but chief among them is the portrayal of Clementine who got way too hard, way too fast.

Clementine goes through some shit in season 2. Losing Lee was traumatic on an emotional level, but at least she had her around for one season to shield her from a lot of the really messed up stuff that went on and spins a positive lesson out of them whenever possible. In season 2, Clementine is forced to see, experience, and even take part in the atrocities that go on in the apocalypse and for the most part, she has to process all of it on her own.

It’s natural then that Clementine would exit that season a little tougher and jaded about humanity, regardless of how you chose to end the game (not that it mattered much anyway which is another ANF failure but that’s a separate article). The problem is, they managed to make one of the most beloved characters in the series practically unrecognizable and unlikeable.

The New Frontier detaches Clementine from the main plot of the story, and a lot of the time, she feels ancillary; and at her worst, Clementine is borderline antagonistic. In her desperation, she sides with what a group of violent raiders masquerading as a new civilized society. If she didn’t have AJ around to anchor her to what little is left of her formerly caring, intelligent, and sweet personality, she’d practically be just another unreasonable jerk with questionable decision making that the main character has to deal with.

It also didn’t help, in terms of winning fans over, that Telltale made Clementine flirty with Gabe, arguably one of the most universally unliked and annoying characters in the entire series.

All of this set expectations low for The Final Season for lots of hardcore Telltale TWD fans. Even if season 2 was still good, it didn’t clear the very high bar that the first season, which took home GOTY wins from lots of publications. I personally don’t think season 3 was “bad,” but it was the worst of the three. It took Clementine to some new, uncharacteristically dark places, and for some, yeah it wasn’t good. There’s a split of opinion that was less prevalent in the first two seasons, and it’s reflected in the game’s critical and user Metacritic score.

Thankfully, thankfully, Clementine has grown up a ton since A New Frontier. Instead of going further down the path that the third season sent her, she has pivoted to be a perfect amalgamation of season 1 & 2’s Clem, and season 3. She’s measured, seasoned, and cautious without being unnecessarily skeptical or irrational; and she’s also caring, kind and trusting without being naive. She approaches the Ericson survivors with a heavy degree of hesitation, but she didn’t do anything rash or silly (which does happen a lot in this series) and when the coast seemed clear, she kept an open mind to this being a permanent location for Clem. When things inevitably start to go awry, Clementine flashes skills of some of the leaders she’s traveled with, but minus the negative aspects and with her own style that works pretty damn well and without acting like some desperado like she would have in season 3.

This Final Season version of Clementine is exactly what season 1 fans would expect an endgame Clementine would have turned out and finally, loyal fans are getting the payoff that has been waiting years for. Plus we got this incredibly sweet moment (don’t click if you want to ruin feels). Bye, Gabe!

It’s nice that The Walking Dead can make us feel something other than agony and frustration again, it has been a while.