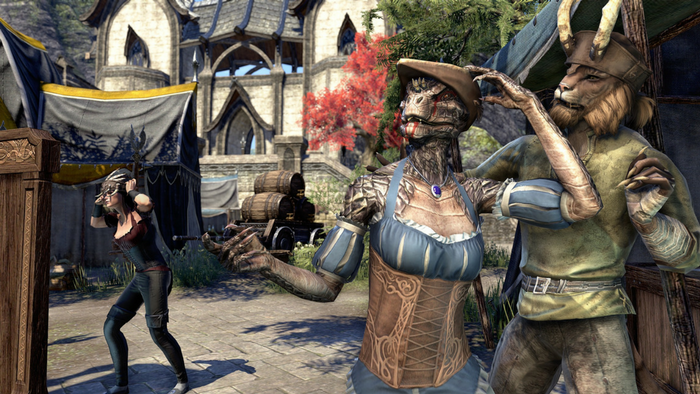 The game will be available to download for all players across Mac, PC, PlayStation 4, and Xbox One at 10 a.m. ET. According to the studio, the free trial will include the base game of The Elder Scrolls Online and the Vvardenfell zone that was introduced in the Morrowind expansion released in early June 2017. Those who already own the base game will be able to access the Vvardenfell zone until the free play trial ends on Wednesday, Aug. 15 at 10 a.m. ET.

The free week is during Bethesda’s annual QuakeCon event, showcasing the company’s present and upcoming games alongside other keynotes, tournaments, and more. The Elder Scrolls Online Complete Collection, its recently released Summerset expansion, and some microtransaction packs will be on sale for all platforms until Aug. 13, while the base game will end its 50% off discount on Aug. 20.

QuakeCon 2018 kicks off Aug. 9-12 with the reveal of Doom Eternal and more information on the online multiplayer game Fallout 76. ESO developer ZeniMax Online Studio game director Matt Firor and community manager Gina Bruno will be present during Bethesda’s keynote address on Friday, Aug. 10 at 12 p.m. ET to talk about the game’s upcoming Wolfhunter and Murkmire DLC.