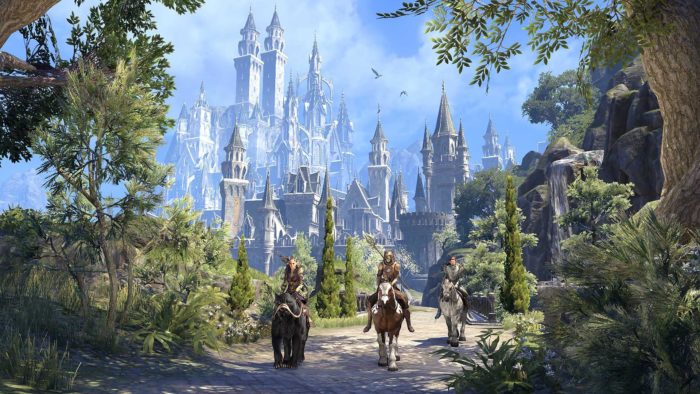 To kick off the early access launch of the next ESO expansion, Summerset, ZeniMax Online Studios has released a new cinematic trailer that provides a lovely intro to the expansion’s story line:

“By the decree of Queen Ayrenn, the secretive Summerset Isle is now open to foreigners for the first time. Journey through the island’s lush forests, tropical lagoons, and ancient coral caves in this new zone that is even larger than last year’s massive Morrowind addition. Seek out the mysterious Psijic Order, a secret society of mages on the island of Atraeum, for a new Skill Line with powerful, time-bending abilities. Don’t forget to climb Summerset’s highest peak to the city of Cloudrest, and band together to tackle enemies in a challenging 12-player trial.”

Summerset as a setting and expansion is tantalizing for a couple of reasons. First, it’s going to be the first time Elder Scrolls fans will be able to see the homeland of the notoriously jerky High Elves with their own eyes. And second, we’re likely to learn a lot more about the extremely mysterious Psijic Order. The Psijic Order is a group of immensely powerful mages that for the most part, have made themselves completely unavailable and watch over Tamriel from some unknown location. Elder Scrolls fans got a taste of them in Skyrim, where they were a key part of the College of Winterhold questline, but Summerset will presumably add more detail to their lore.

Check out the full trailer below, and if you’ve purchased the expansion already, you can dive in on PC and Mac right now. Otherwise, the full release will be on June 5.