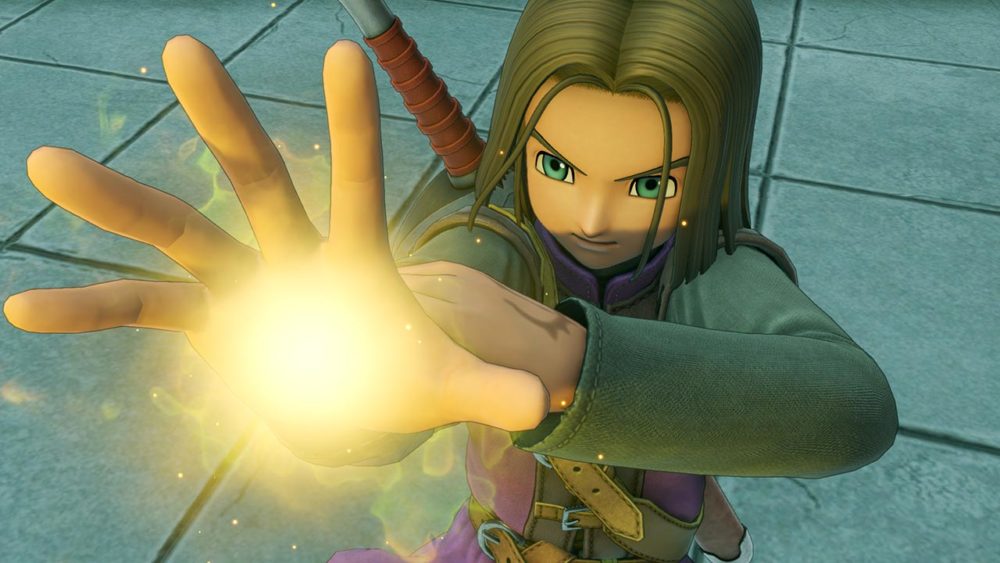 Dragon Quest is something of a cultural artifact in Japan, as every release of the series is a huge moment. Dragon Quest XI sold over 2 million copies when it launched in Japan, and the game has sold over three million copies to date. Keep in mind that it has only released in Japan, separate from anywhere else in the world. Despite the series being beloved in Japan, it just hasn’t seen the same success in the west due to it generally being seen as more inaccessible to western audiences than its mega-popular counterpart Final Fantasy. Dragon Quest XI, however, is cut from a different cloth, and it’s one of those JRPGs that you could easily recommend to someone testing the waters of the genre. Square Enix has taken steps to make this entry more accessible and welcoming than ever, while still providing plenty of depth at the same time.

Traditional turn-based combat can be a tough pill to swallow if you’ve never encountered it before, and it’s by far one of the mechanics that pushes newcomers away the most. Dragon Quest XI takes steps to avoid this by giving you a wealth of options for having auto-controlled party members. If you want, you can set just the main character to follow commands, or the entire party, or any mix in between. This mechanic helps streamline battles, making them far less tactical affairs for anyone that wants that. There’s also a new visual presentation to battles called Free-Form Fighting that lets you zoom the camera out and get a wider view of battle, with the option to move your characters around the field when they aren’t taking actions.

Both of these are great steps in easing new players into the experience, and while moving your characters around the field has no benefit to gameplay, it still puts more control in the player’s hands. At the same time, Dragon Quest XI has a noticeable difficulty incline as you play through the game. The first half is intentionally easy as you get used to the battle system, figuring out party builds, and investing in skills.

Dragon Quest XI liberally takes steps to immerse you in its rich world and story, before cranking up the difficulty. Around the halfway point, a big story moment happens, and from then on the difficulty liberally increases, and the game also unlocks more skills and options for each party member. Other streamlined options let you auto-equip party members based on whether you want them to focus on attack, defense, or magic. You can even reset all of the skill points you’ve assigned to a character at a save point, for a small fee of gold, letting you try out a completely different build. Of course, there are ways other ways Dragon Quest XI helps ease new players in, outside of combat.

The Dragon Quest series helped invent the entire JRPG genre, and Dragon Quest XI’s story has about as traditional a setup as you can get. You play as a young man who finds out he’s the Luminary, a prophesied hero who will save the world from the Lord of Shadows. Dragon Quest XI has an interesting way of using its familiar story setup to weave in smaller, more complex tales about the party members you get and the towns you explore. By keeping its main story straightforward, it’s more easily able to explore character development and flesh out locations, not bogging down new players with a wealth of terms and deep lore, although lore is there of course.

While the game isn’t open world, there are steps taken that should help ease in anyone coming from open world experiences. Dragon Quest XI is split up into different field areas that lead to towns or dungeons, and these field areas can be pretty huge, with little secrets and items tucked away. Luckily, the game lets you call a horse, or mount certain monsters, to speedily get through areas, and you can use the Zoom spell to instantly warp back to any town or campfire you’ve previously visited. Sparkly spots litter the world, and examining them can reward you with materials used in forging, and luckily the game gives you a menu option on the map to simply see every sparkly spot in the area you’re currently in, meaning you don’t have to run around searching high and low for each and every one.

Dragon Quest XI certainly isn’t a redefining of the JRPG genre, it’s traditional through and through. However, there are enough steps taken to make it accessible and modern, that it could easily function as a gateway JRPG to lead to even more diverse experiences.

Bandai Namco and Pharmaceutical Company to Use Gaming to Help People Remember to Take Medicine
By Giuseppe NelvaJanuary 21, 2020