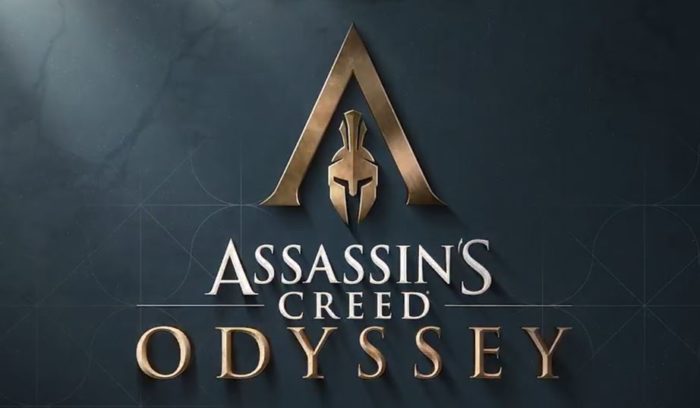 When Assassin’s Creed Odyssey was officially shown off during the 2018 Ubisoft E3 conference, there wasn’t a single mention of the modern-day narrative that had been such a mainstay feature of the series for so long. In fact, there was barely anything connecting the game to wider lore at all. The gameplay revealed a new setting, characters, and mechanics, but was largely quiet on the direction of Origins’ Layla and her modern-day storyline. And thank goodness for that. It’s high time that this franchise abandons its connection to the First Civilization, the modern world and everything in between. Fortunately, it sounds like Assassin’s Creed is moving in that direction if one of Odyssey’s leads has anything to say about it.

We actually asked Ubisoft about the latest game’s connection to AC lore during an interview at E3, and here’s what they said:

“We knew how important the modern storyline was to a lot of our fans and we thought it would be a disservice to completely ignore that. But we also know that there’s a conflict between those fans and the fans that want to stay in the past forever. So in Assassin’s Creed Odyssey, we made it so that if you’re invested in the present day, you will be able to explore to the extent you want. But if you’re a fan of staying in the past, you’ll be able to do that too, so there are options open for both. We are continuing the story of Layla Hassan from Origins, and she continues her search for civilization knowledge and artifacts. We’re excited to continue that.”

Although not worded as such, to me, that essentially means the modern day storyline is completely optional. This is quite telling. If something is optional, how integral can it be? The answer is likely not very much at all. What will certainly not be optional is the game’s mainline story set in Ancient Greece, which seems as though it will very much take center stage —even more than Origins’ Bayek story. What this all may very well mean is that players will be able to roll credits on Odyssey without ever engaging in the modern-day storyline.

Even if that doesn’t quite turn out to be the case, Odyssey’s lack of grounding in the AC lore has been a polarizing decision. There are fans on both sides of this argument. On the one hand, those who have played AC for a decade and are heavily invested in the series’ over-arching narrative might feel a little cheated. After all, Assassin’s Creed is a story about two battling factions and their impact on history over thousands of year. But now that this lore has essentially been thrown to the wayside in favor of an entirely new direction that some might feel doesn’t really represent the franchise they’re familiar with, what does it mean to be an AC game, one might imagine, other than having “Assassin’s Creed” in the title? Even the emphasis on role-playing mechanics has essentially shifted the entire premise of the series from a gameplay perspective, too. Odyssey looks more likely to play like The Witcher 3 than it does Assassin’s Creed 4: Black Flag.

I understand the principle of abandoning the series roots feels like sacrilege to many, but there’s a good reason why Odyssey will be a better game because of it. For those that are disgruntled about the prospect of the series diminishing the importance of the lore, I’ll say this: the Abstergo storylines had their moments, Desmond’s trilogy tale was interesting enough, but the series has never really rediscovered that level of intrigue since then. And even in the very best moments of the modern-day plot, removing the player from the vibrancy of historical settings like renaissance Italy to the dull hallways of Abstergo Industries was jarring and poorly paced. For most, the experience was frustrating an inaccessible, and doggedly sticking to that formula based on nothing more than principle isn’t the evolution of the Assassin’s Creed series Ubisoft needs to keep Assassin’s Creed popular and relevant in 2018.

When it was forced, as in previous Assassin’s Creed games, the story and pacing often felt choppy and incoherent. One moment, players were taking down a Borgia or destroying a Man-o-War, and the next they were playing a mini-game in Abstergo’s aesthetically uninteresting confines. For myself and many, the intrigue of the modern story lost its appeal long ago and the series will be playing to its strengths by leaving it behind. In the end, incorporating the game into AC lore by way of optional modern quests and exploration seems like a decent compromise.