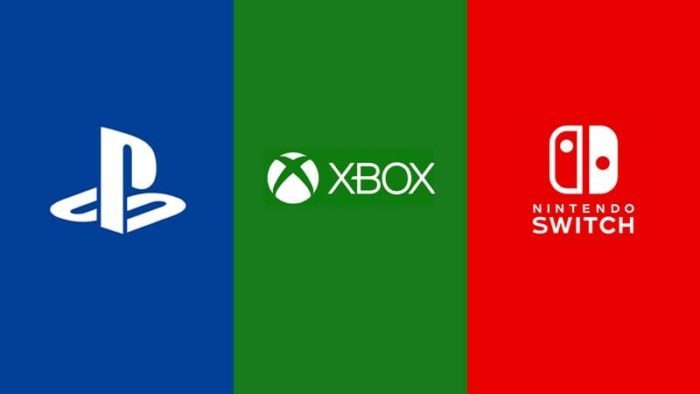 For the video game industry, the past 12 months have been memorable. Inventive new hardware has seen the reach of the medium extend further than ever before thanks to Nintendo’s hybrid console, as well as Microsoft and Sony’s powerful hardware pushing the technical performance of console games. The industry’s major video game publishers have three superb platforms to launch their software, and the increasing relevance of the mobile game market continues to prove a hugely lucrative new market. Here, we’re reviewing the highest earning publishers in 2018.

Do note that “fiscal,” the financial year, differs from region to region, though in most cases here it denotes the 12 month period starting and ending on June 31. Eastern companies tend to denote financial years as the year beginning, whereas it is more common to call the current fiscal year the year ending in the West. ie. Sony is in fiscal 2018 as of right now, EA is in 2019 —both company’s previous fiscal year ended June 31.

This list ranks publishers based on their total revenue. Where appropriate, the revenue from the gaming segment alone is cited, rather than revenue as a whole. Only publically listed companies that share financial reports are included.

Take-Two Interactive’s fiscal 2018 was impressive, indeed. The $173 million net income recorded represents a marked increase year-on-year, compared to just $67 million in fiscal 2017, and total revenue also increased by $13 million. Take-Two cites their “top franchises” as leading the way, “primarily Grand Theft Auto, NBA 2K, and WWE 2K.” The increase in operating and, in turn, net income was owed to “higher gross profit due primarily to lower Software development costs and royalties and Product costs due to having released more titles in the prior year period, partially offset by higher Research and development costs related to titles that have not reached technological feasibility.”

Ubisoft performed well in fiscal 2018. The publisher attributes the success of returning franchise Assassin’s Creed, the Nintendo Switch title Mario + Rabbids Kingdom Battle, and the ongoing revenue of popular multiplayer titles such as Rainbow Six Siege, The Division, and Ghost Recon Wildlands. Also, Far Cry 5 was the most successful launch in the franchise’s history and the second most successful in the company’s entire history. According to Ubisoft, an increase in the quality of their products has been recognized by players, driving engagement with their community. Ubisoft will look to continually improve player experience post-release.

CEO Yves Guillemot states that the publisher’s success is as a result of a long-term strategy based on the creation and ownership of their brands and continued investment in their teams and their skills. A focus on delivering high-quality games and solid online services will continue to be a core feature of Ubisoft’s strategy moving forward. Forecasting future opportunities, Guillemot mentions “promising PC and mobile segments, particularly in China,” as well as progress in esports.

Square Enix’s net sales actually decreased year-on-year, dropping six million yen due to a “decrease in the number of blockbuster titles.” Dragon Quest XI and Final Fantasy XII: The Zodiac Age were the publisher’s only notable releases within the 12 month period. It was noted that “strong high-margin download sales of previously released catalog titles such as “NieR: Automata” have resulted in an increase of operating income, as compared to the prior fiscal year.”

Elsewhere, Square Enix cites the performance of smaller mobile and PC browser games as contributing impressive revenue figures on a global scale. Spin-off titles based on popular franchises, such as Final Fantasy: Brave Exvius, Hoshi No Dragon Quest, and Kingdom Hearts Union X enjoyed an “increase of royalty income” which “pushed both net sales and operating income, as compared to the prior fiscal year.”

Both Final Fantasy XIV and Dragon Quest X also continue to perform well, thanks to an increase in subscribed players and disk sales.

Bandai Namco Entertainment’s $3.6 billion revenue is certainly augmented by additional content besides video games. Unfortunately, we can’t segment television and streaming revenues, or the company’s investment in amusement facilities, such as newly built VR entertainment machines in Japan —the financial reports group those sections together. But while the figure quoted here is inflated, the true gaming-only revenue total likely would have seen Bandai Namco make this list regardless, albeit lower down.

Bandai Namco Entertainment cites continued sales of Tekken 7, as well as the popularity of Dragonball FighterZ as contributing to growth. It also notes “repeat sales of existing titles,” helping to achieve a 14.2% year-on-year revenue increase.

One of the world’s largest tech companies, Tencent, makes our list despite only a fraction of its business actually being dedicated to traditional games. Yet still, even revenue from PC gaming alone would have seen it make our top 10. PC client games achieved $1.88 billion dollars, while mobile devices earned the company $2.5 billion in 2018. Both areas of the market enjoyed year-on-year growth by 13% and 59% respectively.

Tencent owed PC game growth to Dungeon Fighter Online and League of Legends, though it noted a drop in active users as a result of migration to the mobile platform. The company predicts that the PC market continues to slow as mobile gaming becomes the premier platform for gaming in Asia. Tencent plans to grow its PC gaming presence by promoting esports tournaments, and introducing blockbuster titles such as PUBG and Fortnite, and also by promoting inventive titles such as Subnautica.

For reference, Tencent’s gross revenue across the entire company in 2018 was $35 billion.

EA’s fiscal 2018 saw a steady increase in revenue year-on-year, exceeding their net revenue and operating income forecast for the year. Notably, EA enjoyed a digital revenue increase of $3,450 million from fiscal 2017. The publisher cites “award-winning games and services” as well as the “depth of EA’s portfolio of games across key platforms, combined with our focus on live services to extend and enhance our games” as reasons for generating strong financial results. Titles such as FIFA 18, Battlefield 1, Star Wars Battlefront 2, The Sims 4, and live services including Ultimate Team and mobile titles such as Star Wars: Galaxy attributed most notably to its success.

Activision’s most recent annual financial report is actually 2017 given that their fiscal year is the same as the calendar year. It was a record 12 months for the publisher:

“This was a record quarter to cap off a record year for Activision Blizzard,” said company CEO Bobby Kotick. “In 2017, our community reached new milestones for engagement, our business delivered record revenues and cash flows, and we made important progress in building future growth opportunities such as the Overwatch League. We couldn’t be more excited for the opportunities ahead in 2018 to continue serving our players and fans.”

Revenue increased to $7.2 billion year-on-year, up from $6.6 in 2016. The company’s $1.1 billion operating income, however, was slashed to $273 million after a whopping $878 million tax expenditure as a result of newly passed Tax Cuts and Jobs Act.

As always, hugely popular franchises such as Overwatch, League of Legends, and World of Warcraft drive revenue for the publisher. Activision, though, highlighted in its report that new opportunities to expand its brand in esports, consumer products, and “linear media” were central to its continued success. With respect to the popular Overwatch League esports competition, the publisher has “sold the first 12 teams for almost a quarter of a billion dollars, sold more than $100 million dollars of over the top broadcast rights and sponsorship sales.”

A dramatic turn around in Nintendo’s fortune has pushed it right to the top of the highest earning publishers. The popularity of the Nintendo Switch console, as well as highly successful software sales for both its first-party and third-party content, has seen revenue and net income soar. Nintendo sold 15.05 million Switch units within the fiscal year, and software such as Super Mario Odyssey sold over 10 million units. Other massively successful games like Mario Kart 8 Deluxe and Splatoon 2 also contributed to substantial revenue gains. Combined software sales hit 65 million units across all Nintendo Switch games.

The Nintendo 3Ds also continued to sell steadily across all regions, with 6.4 million units sold. Software such as Pokemon Sun and Moon boosted software sales across the platform to 35.64 million.

Digital sales were also a key takeaway for Nintendo, rising 87% year-on-year, as was a 67% increase in revenue from smart-phone games such as Animal Crossing Pocket Camp. But arguably the most notable additional earner for the company was the SNES Classic, which sold a whopping 5.8 million units.

Fiscal 2018 was a huge success for the company’s gaming division. Xbox was responsible for $2.29 billion during the fourth quarter —a 39% increase over the same period the year before, while total revenue from games across fiscal 2018 brought in $10.353 billion. Growth was attributed to an Xbox software and services growth of 36%, “mostly from third-party titles”. Services such as Game Pass have undoubtedly been a boon for the company.

Microsoft highlights potential concerns that may impact revenue across the whole company in fiscal 2019 with “forward-thinking” statements. These include: “intense competition,” and “significant investments in new products and services that may not achieve expected results,” as well as concerns such as changes to the organization of its sales structure, to name a few.

Sony tops our list of the highest earning publishers in 2018 thanks to the continued success of hardware and software sales for its PS4 console. Sales increased 294.0 billion yen (18%) year-on-year (a 13% increase on a constant currency basis) to 1,943.8 billion yen. Sony notes the “increase was primarily due to an increase in software sales,” but also highlights the growing importance of digital and subscription services. Sales via the network and an “increase in the number of subscribers for PlayStation Plus” was crucial.

Although the company warned that revenue would flatten for the rest of 2018 and beyond due to an expected decrease in PS4 sales, its first-quarter report has since revised that forecast. Predicted sales have increased by one million units. Sony stated its reasoning as “the fact that our first-party title God of War and other third-party titles are significantly exceeding expectations, and the titles we announced at E3 are receiving strong feedback.”