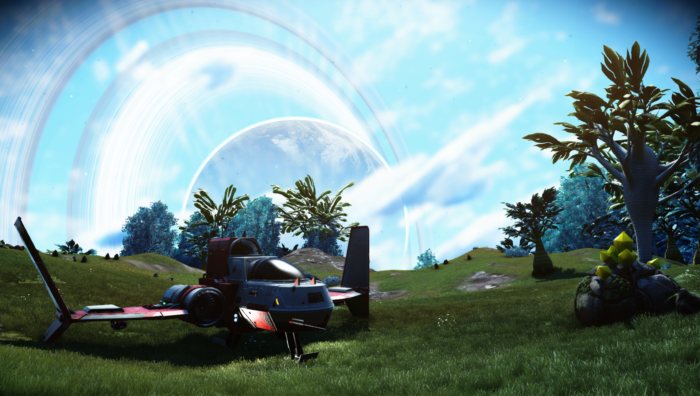 Mired in controversy after its initial launch, a tireless effort from developer Hello Games to flesh out the universe of No Man’s Sky with compelling new content and features has started to turn the tide of public perception on the game. NEXT represents the most substantial update to date, introducing the multiplayer component to the experience that many players had been hoping for at launch, and adding and tweaking gameplay systems for a smoother intergalactic journey across the cosmos. It’s also made the game a hell of a lot more pretty. Not that it was ever unappealing to behold, mind you, but NEXT really has taken the fidelity of its textures and the lushness of planetary fauna and flora to new levels of beauty. Here, we’re sharing some utterly gorgeous screenshots that demonstrate just how well No Man’s Sky translates the staggering artistry of space travel.

The shots have been pulled for ResetEra members, so a huge thanks to them for the wonderful photography.

The Red captured this stunning shot of his traveler gazing at a ringed planet (a new planetary feature added in NEXT) at 1440p on PC.

There’s something eerie and lonely about this shot. Thanks, Kyuuji —Xbox One X.

So pretty it would make for a good No Man’s Sky box art. This was SellTheKids4Food’s starting planet.

Casual, by Kyuuji on Xbox One X.

Slothman’s freighter looks like a scene from Battlestar Galactica.

Teaming up with friends in NEXT has transformed No Man’s Sky, iceflamez96 joins another intrepid traveler.

We’ll never get tired of these shots of neon engine trails lighting up the cold of space. This one from Kyuuji.

Check out Twinfinite’s latest impressions of No Man’s Sky, in which we reflect on the improvements made by the NEXT update and whether Hello Games have finally delivered on their original vision for the game.