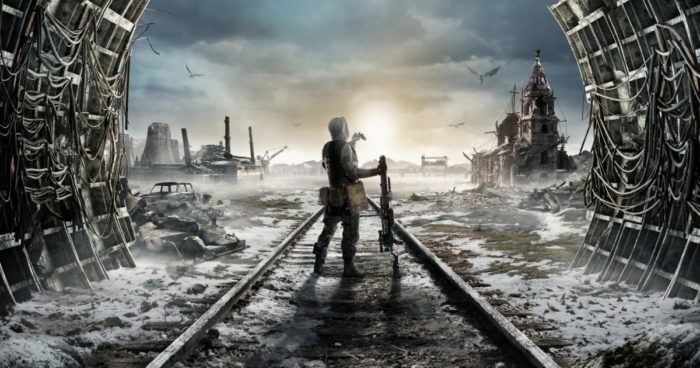 The Metro series has become something of a cult classic in recent years, based off of the post-apocalyptic series of novels by Russian author Dmitry Glukhovsky. Right from its announcement, it was clear that Metro Exodus was doing things differently, first through the fact that it’s loosely based on the novel Metro 2035, instead of a straighter story adaption like the previous two games. The biggest change, however, comes with the game’s open world format, which is a break from the linear style used before. After getting some hands-on time with the game at E3, I’m a bit worried about the implementation of the open world style, although the idea, in general, is a good one. I should state before moving on that 4A Games clarified the demo we played was in an early state, and was still missing some graphical options, voiceovers, and more.

Metro Exodus doesn’t sport one giant open world, but rather open world segments that you’ll move to via the Aurora, the train that Artyom and company ride throughout Russia. It’s most similar to something like Dragon Age: Inquisition’s self-contained different areas. On paper, I love the idea of different areas, as it lets you put a lot of variation into each one and make them wildly different, hopefully looping in some unique stories in the process. The key term there is on paper, as the open world style needs to be implemented well. After playing an hour of Metro Exodus, the segment I went through felt a bit empty and lifeless, and I sincerely hope that’s something that isn’t reflected in the main game.

The demo I played was set in a snowy wasteland in the Russian countryside and interestingly was basically split between open world exploration and two linear story segments. You get to these segments through the open world, and can take various paths to get there. For example, I traveled by boat to a mysterious tower where a fanatical cult trapped me. Meeting a mother and a daughter also trapped by the cult, I had to sneak through and make my escape, before being spotted and having to blast my way out. The second story segment, later on, had me making my way up a large crane to find a mechanic that could help get the Aurora unstuck.

Outside of just generally feeling rough around the edges – it is an early demo after all – the only thing that felt substantial while playing Metro Exodus were these little story segments. I had free reign to roam in between and check out the world, but there wasn’t much there. A couple times I stumbled upon some items and resources that could help in crafting, or found some creatures that’d attack me, but other than that it was empty. I know it’s a post-apocalyptic world, but I sincerely hope there’ll be more to Metro Exodus’ open segments than just a few items to find.

While not immediately comparable, games like The Witcher 3 and Assassin’s Creed Origins have really changed the expectations of narrative in open settings, and there needs to be more than just menial tasks to do. At one point in my demo, I did stumble upon an audio recording from a man trying to survive the nuclear winter, so I do have hope that there’ll be more to Metro Exodus. What I did enjoy on the other hand, were the survival elements that still seemed present from past games.

Ammo still seems to be incredibly scarce, and while you can craft it at will now, you’ll need the materials to do so. When I ran into a pack of creatures attacking me, I had to make a decision on whether I wanted to use my precious ammo or try and just run from them. I ended up using my ammo, but immediately regretted it when I ran into a small group of bandits further on. While moments like these are great, my biggest fear is that Metro Exodus’ open world will just be a sandbox shooting gallery with no context or meaning. Metro games have always been heavily story-focused, and I’m sure Exodus will be the same way, especially since there are more dialogue lines in this game than the last two combined.

4A Games has been quick to say that Metro Exodus isn’t an open world game, but has open world elements. However, if those open world elements are only being used to funnel you from one story point to the next, they don’t even need to be there. The open world needs to have story attached to it, or more interesting things to see and do than find materials and audio logs, at least.

We still have quite a few months before the release of Metro Exodus, and there’s a lot we haven’t seen, so I genuinely do hope that 4A Games has some surprises in store. I’d hate to see a unique series like Metro get bogged down by an exploration that simply serves no purpose.