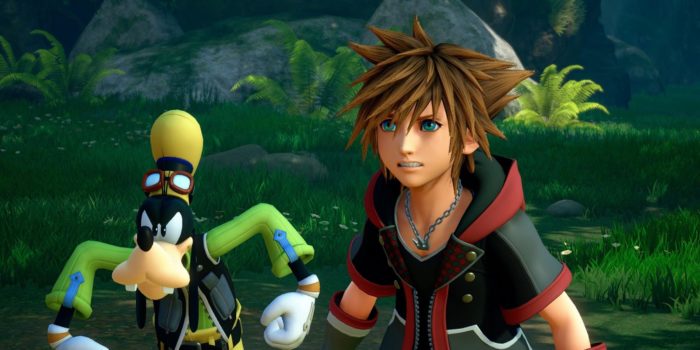 Why Square Enix’s 2018 conference ever existed to begin with is something we will probably never have an answer for. If Square Enix was out there every year and this was just a dud year, then I could wrap my around that. But Square Enix went out of their way to put together what they had to know was going to be a disappointing conference considering it was their first one in years.

What’s especially puzzling is that it’s not like Square Enix has a shortage of interesting games under development. Kingdom Hearts III (KH3) is one of those games they could have shown more of instead of a trailer we all already saw a day prior at Microsoft’s conference. Hell, Sony found something new from it to show, why couldn’t Square Enix?

Whatever, we’ll all get over this conference eventually. What’s more important is the fate of KH3, which is one of the most anticipated games this generation, and maybe even ever. If KH3 turned out to be a dud somehow, someway, I’d be concerned for the hearts and souls of lots of gamers. Luckily for anyone worried, I’m as confident as I can be after playing 20 minutes of what will probably be a 40-hour or so game, that KH3 is going to be good.

First, it’s gorgeous. We played it on the Xbox One X at Xbox Showcase, and it ran about crisply as you could imagine. Games with a hack and slash combat style can get clunky and repetitive, but because the game runs so well, and it’s so pretty to look at, it’s really not a problem here. The appeal of KH3 rests as much, if not more so, on experiencing Disney/Pixar worlds with an RPG twist, than the combat – which is fun, but nothing special.

The demo we played was a portion of the Toy Box, the Toy Story world of KH3. Woody, Buzz, Rex, and Hamm link up with Sora, Goofy, and Donald to investigate a connection between the disappearance of the rest of the toys, and Andy, with the arrival of the heartless in their world, which is the routine now at this point. We made our way to a toy store where a shady “hooded man” was last spotted. Along the way, the game mixed it up with heartless fodder enemies. Again, the combat is what fans would expect and the appeal was running around the floor of Andy’s room and outside his house along with queuing up special attacks such as linking up with Buzz and Woody on the rocket they used at the end of first movie, and crash landing it into a group of heartless. After reaching the toy store, and getting lectured by Xehanort (that hooded guy), the game shifts to a shoot-em-up section where Sora has to pilot a toy mech and blast through hordes of other mechs.

I’m sure I’m not blowing anyone away by saying that if you removed the connection to Disney/Pixar, that KH3 would just be an average action-RPG as far as its combat goes. But you don’t do that, because that’s a big part of why this all works. The game being broken up the way that it is, with Sora and crew traversing through the different worlds, keeps everything fun and varied in spite of some repetitive, mindless combat sections. The command prompts and special attacks are so much fun to watch, and the unique gameplay segments such as the mech section in Toy Box, should keep KH3 fresh throughout. As long as the game is paced well, I’d imagine by the time you feel you’re overstaying your welcome in Toy Box, you’re off and running to somewhere new.

Oh, and the story is still absolutely insane. So in other words, Kingdom Hearts fans, you don’t have anything to worry about. Just get to Jan. 29 in one piece.